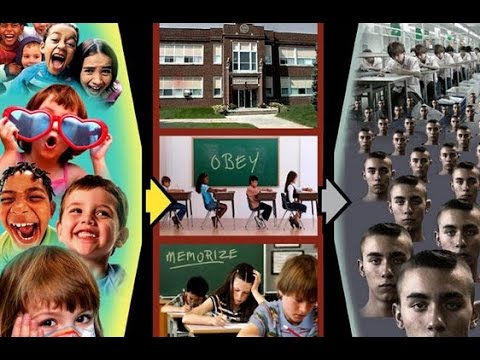 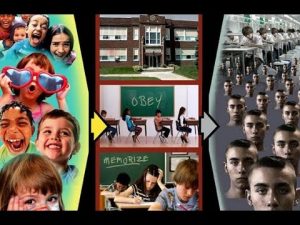 History of this article:

This article was an ambush, and took off like crazy. It got translated to many different languages and ended up getting 300 million reads. It got the Elite’s attention, which could be why they snuffed the Fukushima article so fast. Tainted nightmare rose such a stir in the Muslim world that the President of Egypt made an official statement regarding the article – “there must be a reason why they are having you sign an agreement not to sue once you take it” and at least one major medical organization in the Middle East issued it as their formal position. This article forced a reformulation of the swine flu vaccine to a non damaging mix. At its peak, it shut out the first 4,500 hits on google, it was THAT widely distributed. I saved the google results only after it had been whittled down to the first 1,800 hits (total shutout) a year later. Read on to see why it went wild.

<align=center>”The H1N1 vaccination program, when put into the same frame as the engineered virus to go with it, appears to be a clear effort to divide humanity into two groups; those who have lost their intellect, health and sexuality via a tainted vaccination, and those who have not and are therefore superior.”

I met the story about the swine flu with great skepticism; it played like a story line in a B movie – Students go abroad for spring break. Students get the virus. Students bring it home. Worldwide pandemic starts. The story line was unbelievable, and I knew from day one that there was either no virus at all, and that it was just a “wag the dog”, or that a manufactured outbreak was intentionally released and underway.

Unfortunately,  the latter was true, and now we have an entirely new bug on our hands. It has never been seen before, and virologists have been quoted saying “where the hell it got all these genes from we don’t know.” Extensive analysis of the virus has revealed genes from the original 1918 flu, the avian flu, and two new H3N2 viruses from Eurasia. All evidence points to the fact that the swine flu is indeed a genetically engineered virus.

This article is the result of a team effort intended to explore what the motive for releasing it may be, to warn you in advance of things to come.

In Feb 2009, Baxter, a major manufacturer of vaccines, sent the seasonal flu shot to 18 different countries with live unattenuated H5N1 bird flu. When the Czech company Biotest was assigned to test the vaccine on live animals for the Czech government, they realized something was wrong when the test animals died. The alarm went out to all others who had received it, fortunately before it was administered. Upon follow up examination of the vaccine the live virus was revealed, had no one caught Baxter’s tainted batch, we would now be in the midst of a pandemic with massive numbers of dead.

Baxter was not prosecuted or punished in any way for this, even though their operational BSL3 (bio safety level 3) protocol would have stopped such contamination from being possible. The safety protocol, combined with the potency and volume of the virus in the shots clearly shows that the contamination was intentional, and that indeed an attempt to kill millions was stopped simply because ONE country paid attention to what it was getting. The protocol made it technically impossible for the virus to make the leap from the research department to the vaccine manufacturing department, which could never have had H5N1 show up there due to any reason other than willful intent.

One would think that Baxter would have been put out of business for making such an “error” but the opposite is true, which begs many questions, such as how did the live bird flu end up in millions of doses of vaccine? Why were the ingredients of the vaccine formulated to allow the virus to survive fully potent en route? Why was Baxter not prosecuted or punished in any way? Instead of rightfully blackballing the company, the World Health Organization has rewarded Baxter with a contract to make a large portion of the “Swine flu” vaccinations set to be distributed world wide this fall. How on earth could that be?

Let’s switch to another aspect of vaccines, the real focus of this article, which is the plan to destroy our intellect, our health and our sexuality via a mass world wide vaccination campaign. With the use of special additives called adjuvants, manufacturers are able to increase the number of possible doses that can be made on time for the fall flu season. But though there are many safe adjuvants which can be added, they are adding one – squalene, which has been shown to cause prolonged systemic immune response against the squalene itself, which results in reduced fertility, reduced intellect and reduced life span.

Squalene is an important molecule in the body. It is a precursor to many different oils and hormones, and is needed for proper brain function, fertility and also plays an important role in protecting cells from aging and mutation. Anything which affects your natural squalene can have a major negative impact on your health.

Because the squalene will be injected in the presence of a pathogen during the H1N1 vaccination, it will cause an immune response against not only the pathogen, but to the squalene itself. Squalene is a precursor molecule which is essential for the production of many hormones including all of the male and female sexual hormones. Squalene is also a precursor to many of the neurochemical receptors prevalent in the nervous system and when the immune system is programmed to attack squalene, it causes irreversible neuronal and neuromuscular damage which can range from a loss of intellect and autism to more serious disorders such as Lou Gehrig’s disease and systemic autoimmune diseases and possibly brain tumors.

In independent studies where squalene laced vaccines were injected into guinea pigs, the resultant autoimmune disorders killed 14 out of 15. A later test, to verify the results had the same outcome.

It takes approximately a year for the effects to fully manifest themselves because that much time passes before the nervous system and brain deplete the reserves of Squalene that are out of the reach of the immune system and only after the reserves are gone will cell injury begin. This takes the pressure off vaccine manufacturers who deny any wrongdoing for a response so delayed. And with Congress passing legislation granting immunity to any corporations who cause damage with their vaccines, the outlook is evermore dark.

After examining the components of the H1N1 flu vaccine we can only conclude that it is not intended to treat the flu at all, quite differently, it is intended to:

For if it was intended for any other purpose, Squalene and other adjuvants beyond the scope of this article would not be present. Furthermore, the scope of this article only covers squalene, and we believe that because there are so many ways to induce autoimmune responses equally devastating via other injectable formulations coupled with the obviously intentional shipment of a pandemic by Baxter that the credibility of vaccines is forever tainted and the trust in the greater medical community may have been irreparably broken. Baxter should be out of business, the fact that they are not is damning.

The trust is broken

Through a manufactured pandemic and damaging vaccine the world health organization along with major manufacturers in the pharmaceutical industry have demonstrated clear intent to damage all of mankind. For what purpose is difficult to determine, but it would be safe to assume that there will be those who have been told and know better than to take one of these tainted vaccines, and as a result they will be of superior intelligence and health when put in perspective with those who receive them. The H1N1 vaccination program, when put into the same frame as the obviously engineered virus to go with it, appears to be a clear effort to divide humanity into two groups, those who have lost their intellect, health and sexuality via a tainted vaccination, and those who have not and are therefore superior. It can now be reasoned that it is no longer safe to take ANY vaccination for any reason; please, do not let them get your children.

If you ever see a video of major figures getting theirs, keep in mind that not all shots will be created equal!

The most valuable reference for this article by far was Dr. Sarah Stone, Pharm-D. Thank you so much, you helped sort fact from fiction and made this article possible

Newsmax.com “Vaccine May Be More Dangerous Than Swine Flu”

Chiroweb.com “Vaccines May Be Linked to Gulf War Syndrome”

Health Freedom Alliance Read this to item 122, it returns to English half a page down!

Rense This is an excellent report on the Gulf War Syndrome and Autism, by Neurosergeon Dr Blaylock Insert here

One thought on “Tainted nightmare”