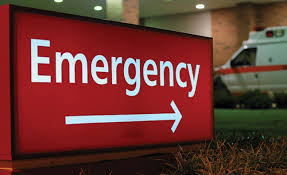 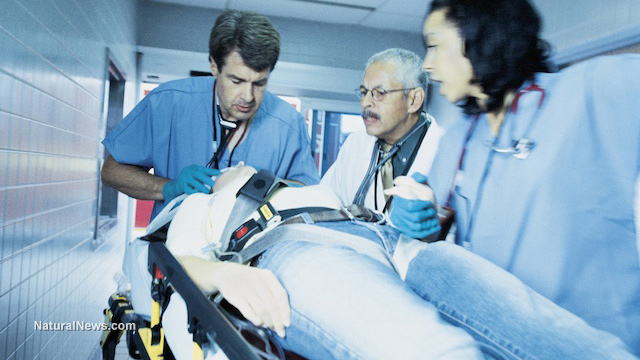 (NaturalNews) A shocking new science study funded by the Alberta Ministry of Health and published in the VACCINE science journal has found that nearly 10 percent of Canadian females end up in emergency rooms (the “Emergency Department” in Canadian vernacular) following HPV vaccine injections.

The study is entitled Adverse events following HPV vaccination, Alberta 2006-2014 and is also found at this source.

Even more shockingly, vaccine researchers funded by the Alberta Ministry of Health declare this 10% emergency room visitation rate to be “low” and “consistent with those seen elsewhere [with vaccines].”

This shocking admission unveils a highly disturbing truth about routine vaccinations given to children and teens: They are well known to cause emergency room visits, hospitalizations and adverse effects among those receiving them. This science paper, in fact, just confirmed all that while calling the entire phenomenon safe.

In the study, authored by Xianfang C. Liu and others, 195,270 females received one or more HPV vaccine injections and were monitored for 42 days.

As the study clearly states in its results, ” Of the women who received HPV vaccine 958 were hospitalized and 19,351 had an [Emergency Department] visit within 42 days of immunization.”

None of this is surprising to those who are aware of 75% of vaccine recipients in a Mexican town winding up hospitalized or dead following vaccinations.

Here’s a capture from the study itself, admitting the 19,351 who ended up in the Emergency Department (ED).

So how are these vaccines “safe” if they send so many people to the emergency department?

Now, consider the context in which these data are being published in a peer-reviewed science journal. We are all routinely told by vaccine proponents and “science bullies” who troll the internet that vaccines have no side effects. They’re perfectly safe, delivering 100% safety and efficacy, with no risks whatsoever. As proof, check out this story: Australian Health Minister utters the most insanely stupid anti-science statement ever recorded… ‘no risks in vaccinating children’.

And yet, every time we take a look at the published science — in this case funded by the Canadian government, no less! — we find horrifyingly high numbers of dangerous adverse effects, emergency room visits and hospitalizations. When we point out these scientific observations, we are called “anti-science” by irrational vaccine fanatics who, in reality, have long abandoned anything resembling real science.

Furthermore, when scientists observe these horrifying rates of hospitalizations, emergency department visits and venous thromboembolism, they declare such events to be “low”. Their conclusions reveal two things about vaccine science, both of which are absolutely shocking:

1) Vaccines really are sending huge numbers of people to emergency rooms and hospitals, as is admitted in this study.

2) Doctors and scientists consider this to be totally normal. They do not see any cause for alarm in 10% of vaccine recipients ending up in the Emergency Department.

It makes you wonder at what percentage of emergency room visits might pro-vaccine doctors finally experience alarm bells going off in their heads. What if the emergency room visitation rate were 20%? 40%? 50%? Would those rates also be considered “normal” in order to cover up the truth about vaccine damage? Is there any point at which a pro-vaccine zealot will admit vaccines are not 100% safe, or are vaccines supposed to be obediently believed in a faith-based fashion to be beyond scientific and medical scrutiny?

What can we possibly conclude from all this?

1) Vaccines are major revenue drivers for hospitals. The revenue generated from 19,351 vaccine recipients visiting the emergency room, even if each visit only cost $500, would be$9.67 million.

2) When doctors or scientists say vaccines are “safe,” in their minds that definition clearly includes huge numbers of vaccine recipients ending up in the emergency room. This stands in great contrast to what the public hears in the claim that vaccines are “safe.” In the public’s mind, “safe” means nobody ends up in the hospital or emergency room. If automobiles were as “safe” as these vaccines, then 10% of people who buy a new brand of car would end up in an accident in the first 42 days. No rational person would declare that automobile to be “safe.”

3) Government-funded scientists are incapable of reaching rational, scientific conclusions on the subject of vaccines. Sadly, government funding for scientific research — whether carried out by the EPA, FDA, CDC, USDA or any other agency — is contingent upon researchers arriving at the conclusions which are desired by government. Because government wants to push unsafe vaccines for a long list of reasons discussed elsewhere on Natural News and Vaccines.news, it only funds scientists whose research supports the politicized conclusions of government.

4) The mainstream media is engaged in a large-scale cover-up of the real dangers of HPV vaccines and other vaccines. Can you imagine the media outcry if some other product resulted in 10% of its customers visiting the emergency room within 42 days? If any food, dietary supplement or medicinal herb caused such a shockingly high number of ER visits, stories about it would be exploding all over the media. Yet when the culprit is a vaccine, the response from the media is a complete blackout of all reporting that might be critical of vaccine safety.

When it comes to vaccines, physician training is really just OBEDIENCE training: It’s not about being a good doctor anymore… it’s about being an obedient vaccine pusher who asks no questions but follows orders without hesitation. (h/t to sk8ter gurl user on Youtube, with their original video.)

If “vaccine science” is so solid, then why are they so afraid of people watching a documentary film called “VAXXED?”

Click here for the direct video link or watch here:

The VACCINE HOLOCAUST explained by the Health Ranger

Yeah, it really is a modern-day medical holocaust… completely with “deniers” who ridiculously claim no children are ever harmed by vaccines…

Click here for the direct video link or watch below: