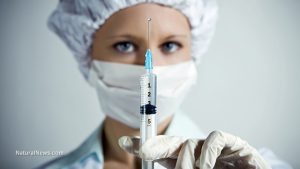 You have every right to closely question me on the tetanus vaccine, since that was the last vaccine I abandoned. It wasn’t hard for me to give up vaccines for whooping cough, measles, and rubella because of their disabling and sometimes deadly side effects. The mumps vaccine, a high—risk, low—benefit product, struck me and plenty of other doctors as silly from the moment it was introduced. Arguments for the diphtheria vaccine were vitiated by epidemics during the past 15 years which showed the same death rate and the same severity of illness in those who were vaccinated vs. those who were not vaccinated. As for smallpox, even the government finally gave up that vaccine in 1970, and I gave up on the polio vaccine when Jonas Salk showed that the best way to catch polio in the United States was to be near a child who recently had taken the Sabin vaccine. But the tetanus vaccine exercised a hold on me for a much longer time.

As you point out, I gave up belief in this vaccine in stages. For a while, I still held onto the notion that farm families and people who work around stables should continue to take tetanus shots. But in spite of my early indoctrination with fear of “rusty nails,” in recent years, I have developed a greater fear of the hypodermic needle. My reasons are:

2) There has been a gradual retreat of even the most conservative authorities from giving tetanus boosters every one year to every two years to every five years to every 10 years (as now recommended by the American Academy of Pediatrics), and according to some, every 20 years. All these numbers are based on guesses rather than on hard scientific evidence.

3) There has been a growing recognition that no controlled scientific study (in which half the patients were given the vaccine and the other half were given injections of sterile water) has ever been carried out to prove the safety and effectiveness of the tetanus vaccine. Evidence for the vaccine comes from epidemiologic studies which are by nature controversial and which do not satisfy the criteria for scientific proof.

4) The tetanus vaccine over the decades has been progressively weakened in order to reduce the considerable reaction (fever and swelling) it used to cause. Accompanying this reduction in reactivity has been a concomitant reduction in antigenicity (the ability to confer protection). Therefore, there is a good chance that today’s tetanus vaccine is about as effective as tap water.

5) Until the last few years, government statistics admitted that 40 percent of the child population of the U.S. was not immunized. For all those decades, where were the tetanus cases from all those rusty nails?

6) There now exists a growing theoretical concern which links immunizations to the huge increase in recent decades of auto—immune diseases, e.g., rheumatoid arthritis, multiple sclerosis, lupus erythematosus, lymphoma, and leukemia. In one case, Guillain—Barre paralysis from swine flu vaccine, the relationship turned out to be more than just theoretical.

In preparing my courtroom testimony on behalf of a child who allegedly was brain—damaged as a result of the DPT (diphtheria, pertussis, tetanus) vaccine, I reviewed the prescribing information (package insert) for the Connaught Laboratories product which was administered to this child. The 1975 and.1977 package insert information which measured seven—and—a—half inches long listed three scientific references in support of the indications, contraindications, warnings, cautions, and adverse reactions to this vaccine. By 1978, the length of the insert had grown to 13 1/2 inches, and the number of scientific references had increased to 11. By 1980, the package insert was 18 inches long, and the references numbered 14. Of those newly—added references, seven (three from U.S. medical journals and four from foreign medical journals) dealt specifically with reactions to the tetanus DPT portion of the (toxoid) vaccine.

An article in the Archives of Neurology (1972) described brachial plexus neuropathy (which can lead to paralysis of the arm) prom tetanus toxoid Four patients who received only tetanus toxoid noticed the onset of limb weakness from six to 21 days after the inoculation. A 1966 article published in the Journal of the American Medical Association reports the first case of “Peripheral Neuropathy .following Tetanus Toxoid Administration.” A 23—year— old white medical student received an injection of tetanus toxoid into his right upper arm after an abrasion of the right knee while playing tennis. Several hours later, he developed a wrist drop of his right hand. He later suffered from complete motor and sensory paralysis over the distribution of the right radial nerve (one of the major nerves innervating the arm and hand) One month later, no residual motor or sensory deficit could be found.

Reference is made to an article in the Journal of Neurology, 1977, entitled “Unusual Neurological Complication following Tetanus Toxoid Administration.” The author reports a 36—year—old female who received tetatus toxoid in her left upper arm following a wound to her finger. Five days later, she noticed a weakness first of the right, and then of the left and later of both legs. She complained of dizziness, instability, lethargy, chest discomfort, difficulty in swallowing, and inarticulate speech. S staggered when she walked, and she could take only a few steps. Her EEG showed some abnormalities. After a month, she was discharged without neurologic disturbance, but she continued to feel weak and anxious. Examinations during the next 11 months showed continued emotional instability and some paresthesias (numbness and tingling) in the extremities. The medical diagnosis was “a rapidly progressing neuropathy with the involvement of cranial nerves, myelopathy, and encephalopathy.”

A 44—year—old article in the Journal of the American Medical Association (1940) was entitled “Allergy Induced by Immunization with Tetanus Toxoid.” That same year, an article in the British Medical Journal reported on “Anaphylaxis (a form of shock) following Administration of Tetanus Toxoid.” In 1969, a German medical journal reported a case of paralysis of the recurrent laryngeal nerve (the nerve to the voice box) after a booster injection of tetanus toxoid. The patient developed hoarseness and was unable to speak loudly, but the nerve paralysis subsided completely after approximately two months.

Should your doctor reassure you that tetanus vaccine is completely safe, or that “the benefits outweigh the risks,” or that you should have a shot “just in case,” why not share these citations with him?