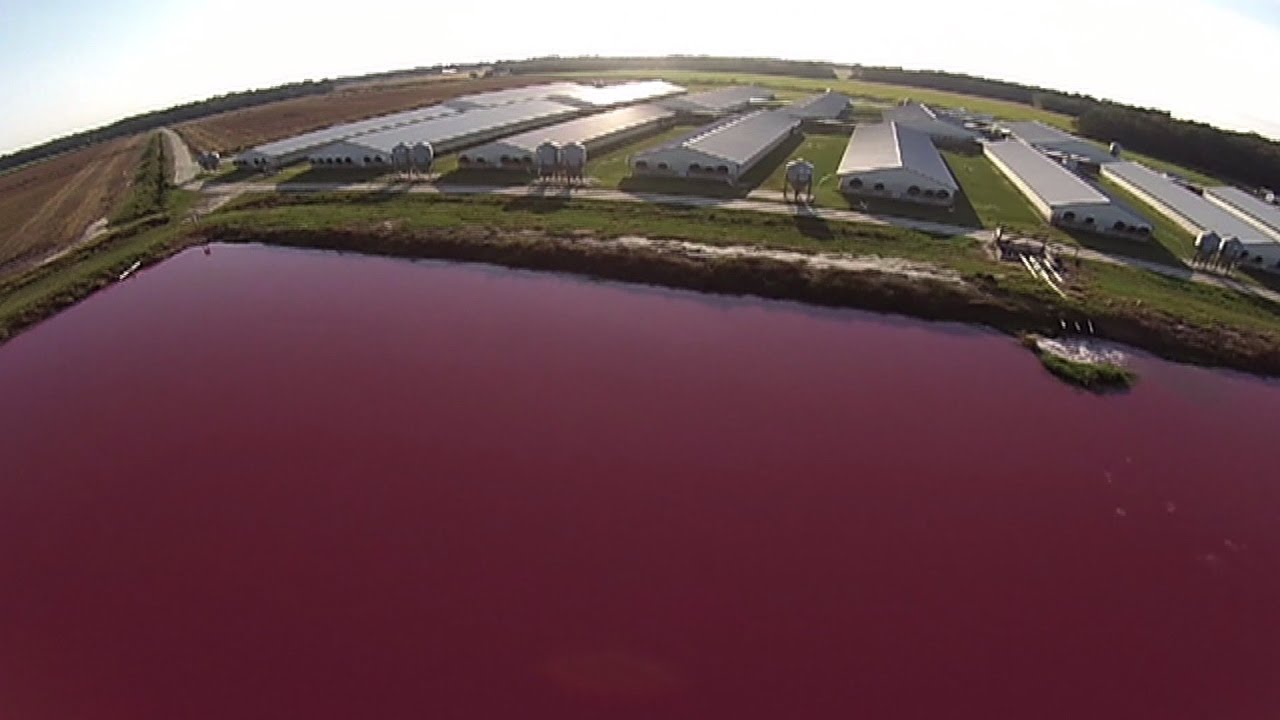 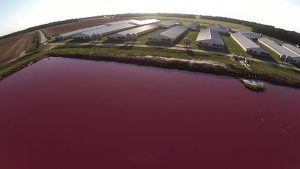 The big one: how environmental killing becomes a medical disease

The full truth has never been told—until now.

“To handle all that [pig-farm feces] waste, farmers in North Carolina use a standard practice called the lagoon and spray field system. They flush feces and urine from barns into open-air pits called lagoons, which turn the color of Pepto-Bismol when pink-colored bacteria colonize the waste. To keep the lagoons from overflowing, farmers spray liquid manure on their fields nearby. The result, says Steve Wing, an epidemiologist at the University of North Carolina at Chapel Hill, is this: ‘The eastern part of North Carolina is covered with shit’.” —National Geographic, 10/30/14

The above quote describes corporate pig farming around the world.

In order to carry out this operation, giant companies like Smithfield have influenced legislators and government-agency officials. Environmental laws and regulations are ignored, or changed. Lawsuits are fought, hammer and tongs.

Here is what Robert F Kennedy Jr. told radio interviewer, Rachel Lewis Hilburn on 6/3/16: “…a hog produces ten times the amount of fecal waste by weight as a human being, so if you have a facility that has ten thousand hogs in it, it’s producing as much sewage as a city of a hundred thousand people. Smithfield has one plant in Utah—they call it Circle Four Farms—that has a million hogs on it, so it’s producing the same amount of waste as New York City every day.”

All right, that’s a bit of background. Now I’m going to shift to the subject of Swine Flu, the phony epidemic of 2009.

Where did it start?

At a Smithfield pig-raising operation in Perote, Mexico; in a village called La Gloria. Smithfield raises 950,000 hogs a year there.

Press reports described outdoor “pig feces lagoons” on the property. When workers began to get sick, the area was sprayed with unknown chemicals. More workers fell ill and died.

Anyone with a basic knowledge of public health could testify that this combination of mind-boggling (non-) sanitation, plus strong germicides, plus other toxic chemicals routinely dumped in the feces lagoons, could and would cause human disease.

In fact, it doesn’t matter which particular germs are present in the mix.

People at the CDC had to be well aware of this. Yet, in 2009, their choice was to rush researchers to the Smithfield operation in La Gloria, Mexico, armed with the unfounded assumption that some novel virus, never before seen, was the culprit, and their job was to take blood samples and discover what the new germ was.

Why? Why assume, when workers who operate in that kind of environment get sick, there is some new disease at work? The symptoms of the workers were not unusual, given the circumstances.

Workers dying in that vat of filth and chemical soup should be expected.

But, up front, based on no evidence, the CDC on-site team was going for a new germ and a new disease, and that’s what they announced they had found. A gullible world, fed by press reports, bought in.

And that’s how the fake epidemic called Swine Flu was launched.

All the focus that could have centered on the highly toxic Smithfield pig operation in La Gloria was diverted.

Diverted to a virus.

H1N1 it was called. The Swine Flu virus.

Suddenly, it was a medical problem. Not an environmental disaster.

It was RE-INVENTED as a medical problem.

If you don’t yet get what I’m pointing out here, imagine this: you’re living in an old sewage tunnel under a city. You’re surrounded by human excrement and biting insects and fetid waste water and foul air—and when you fall ill, you suddenly see virus-hunting researchers, not haz-mat rescue workers, approach you and take blood samples. Are they crazy?

No, they’re just doing what their bosses tell them to do. Because the CDC is fronting for, and protecting, major corporate agricultural criminals. Because your illness has to be shifted over to a “new disease and a new virus.”

On top of all this, the virus that these “researchers” do find, which, by the way, is in no way proven to cause disease, can be found all over the world. Why? Because it’s been around for a long, long time, and it has never caused any dire condition at all.

This is how the game works.

This is the medical hoax.

In the case of Swine Flu, it gets worse. It turns out that the virus is not so prevalent after all. That is why, in the early autumn of 2009, CBS reporter Sharyl Attkisson discovered that the CDC, ignoring its mandate and charter, had secretly stopped counting Swine Flu cases in America. You see, the overwhelming percentage of blood samples taken from the most likely Swine Flu patients, when sent to labs for testing, were coming back with no trace of the so-called Swine Flu virus or any other flu virus. CBS put Attkisson’s published report on the shelf and never followed up on it.

Again, the virus as the cause of illness, was the cover story. Intelligence agencies float cover stories on a regular basis. It’s no accident that CDC has a large unit of virus hunters called the Epidemic Intelligence Service.

Right off the top, I can tell you they create disinformation on a scale that must make the CIA jealous.

Here is a brief excerpt from the CDC’s website, “50 Years of the Epidemic Intelligence Service”:

“In 1951, EIS was established by CDC following the start of the Korean War as an early-warning system against biologic warfare and man-made epidemics. EIS officers selected for 2-year field assignments were primarily medical doctors and other health professionals…who focused on infectious disease outbreaks. EIS has expanded to include a range of public health professionals, such as postdoctoral scientists in statistics, epidemiology, microbiology, anthropology, sociology, and behavioral sciences. Since 1951, approximately 2500 EIS officers have responded to requests for epidemiologic assistance within the United States and throughout the world. Each year, EIS officers are involved in several hundred investigations of disease and injury problems, enabling CDC and its public health partners to make recommendations to improve the public’s health and safety.”

Several hundred investigations a year. An unparalleled opportunity to shape the truth into propaganda. Control of information about disease. Control out in the field, where EIS agents rush to the scene of “outbreaks,” all the way back through the hallowed halls of academia, into the press, into Big Pharma, into the government.

When I say control of information, I mean disinformation. That’s what the EIS is for. They’ve never met a virus they didn’t love, and if they couldn’t find one, they pretended they did.

They front for the medical cartel. And they provide cover for the crimes of mega-corporations. There’s a town where poverty-stricken people are dying, because horrendous pesticides are running into the water supply and soil? No, it’s a virus. There’s a hotel where the plumbing is broken and human waste is getting into all the bathrooms, and they want this hotel to be the epicenter of a new epidemic? No, it isn’t the plumbing, it’s a novel virus never seen before by man. There’s a section of a city where the industrial pollution is driving people over the edge into immune-system failure? No, it’s a virus.

And here’s the capper. Their propaganda is so good most of the EIS people believe it themselves. You don’t achieve that kind of robotic servitude without intense brainwashing. The first installment of the mind-control program is called medical school.

Psy-op and propaganda begin with the virus hunters of the EIS. They control and own the chokepoint of disease research. They blow up their scanty findings into ex-cathedra pronouncements.

And of course, this strengthens the vaccine establishment because, for every virus, there must be a vaccine: the shot in the arm, loaded with toxic chemicals and a variety of germs.

The EIS. The CDC’s band of brothers. The medical CIA.

“Show me vast pig-feces lagoons, and I’ll show you a virus you’ve never heard of before. I’ll protect corporate criminals from here to the moon…”