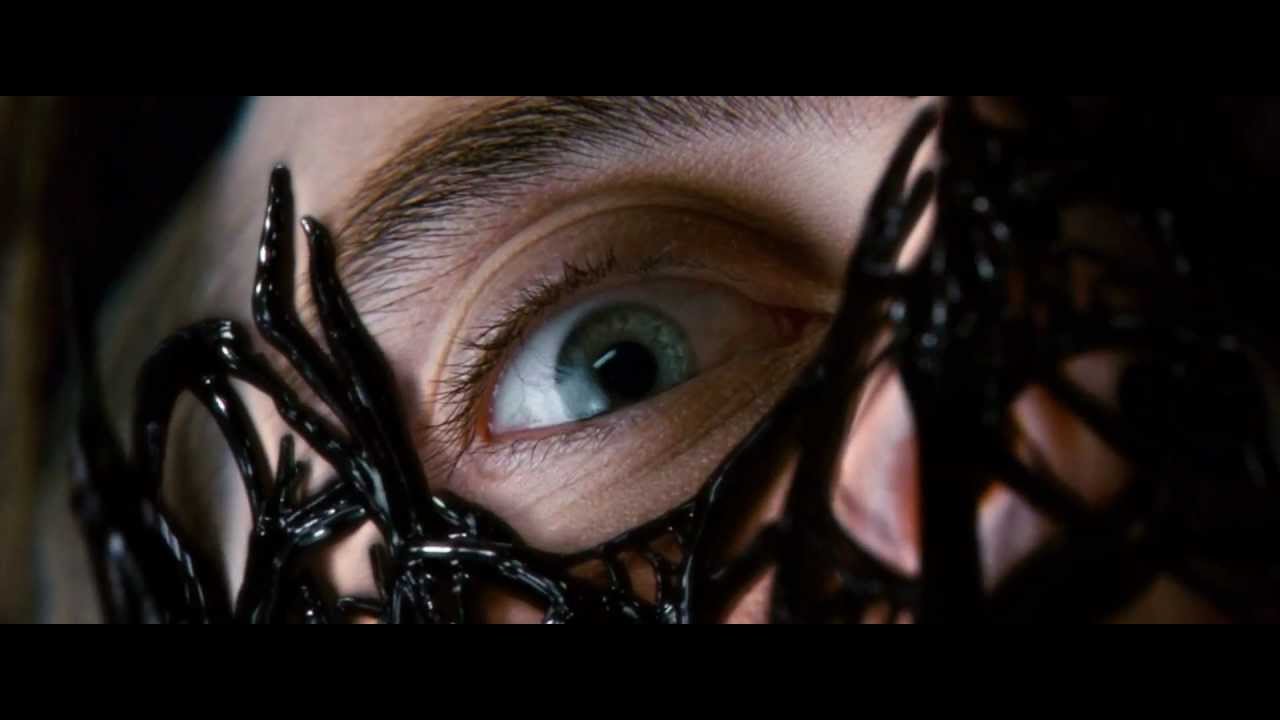 Our civilization has in many ways been forced to run off of Black Goo…oil. The largest Internet tech corporation is Goo-gle. Black Goo is practically everywhere in science fiction and horror films. Why?

Is it possible that demonic entities can attach themselves to a substance with near infinite capacities to change form? I think it is. And I think the advent of the black goo, or programmable matter, that will eventually lead to what will appear to be sentient intelligence, is part of the end times deception. In the same way corruption was done at a fundamental level of creation in the days of Noah, we have once again entered the age when the gateways between worlds is opened. Thanks to the virtual realities being constructed all around us, we now have a way to interact, communicate, and traverse through a non-physical medium. This vacuum and detachment from materialism will cause a flood of spiritual influence to enter the masses. Some will consume the light, as children of light, saved from sin by the blood on the cross, and the resurrection of our King. Others will consume the darkness, and abandon their humanity. The implications of the post human dream is very much supernatural with a profound Biblical answer.

According to Signal magazine article, Programmable Matter Research Solidifies: Shape-shifting substances blur line between computers and materials. “Researchers are developing techniques to order materials to self-assemble or alter their shape, perform a function and then disassemble themselves. These capabilities offer the possibility for morphing aircraft and ground vehicles, uniforms that can alter themselves to be comfortable in any climate, and “soft” robots that flow like mercury through small openings to enter caves and bunker complexes. The goal of the Defense Advanced Research Projects Agency’s (DARPA’s) Programmable Matter program is to create a new type of matter that can assemble itself into complex three-dimensional objects on command, explains program manager Dr. Mitchell R. Zakin.”Engieering & Technology Magazine in an article entitled Programmable matter: shape-shifting microbots get it together surmises “Another approach to programmable matter is introducing programming into materials themselves, making them respond to external stimuli such as heat or water in order to change shape. If it works, it will have a huge impact, creating an artificial reality to interact with. You won’t need headsets or smart gloves, says Seth Goldstein, a computer scientist at Carnegie Mellon University in Pennsylvania, who together with his colleagues coined the term ‘claytronics’ in 2002.” This all begs the question if creating a virtual reality to exist in is just around the corner, then it is very possible, if not probable, that we are alread living in a virtual reality. That is exactly what this world is. This could result in being another layer deeper in the labyrinth or matrix. Even rock is coded by the atomic structure.

What WILL happen is if they master the coding, they will learn regeneration genes from amphibians and put them into humans. Making their bodies nearly last forever. According to Live Science magazine’s article Hail the Hydra, an Animal That May Be Immortal, “A new study finds that hydra — spindly, freshwater polyps — can live seemingly forever, without aging. Unlike most multicellular species, hydra don’t show any signs of deteriorating with age, according to the new research, published Dec. 7 in the journal Proceedings of the National Academy of Sciences.” I do believe that an individual hydra can live forever under the right circumstances,” Martinez said.

The whole limb of a Salamander or a Triton will grow again and again after amputation. So simple to do, with just a bit more technology. That is your AI. These bodies are the AI. The new forever-living bodies will be AI just the same. Males will no longer be needed in the future for reproduction. Any woman could asexually reproduce with her egg and DNA insertions. And they will sell it big time, all the advantages of designer bodies, the promise of immortality. They will promote it like we can be demigods, but they can always flip the switch and turn us into robots, as if we’re not already… The new human will just more easily controlled robots and it will make it even harder to get out the matrix because it will be a matrix within a matrix.

3 thoughts on “The Black Goo Files”