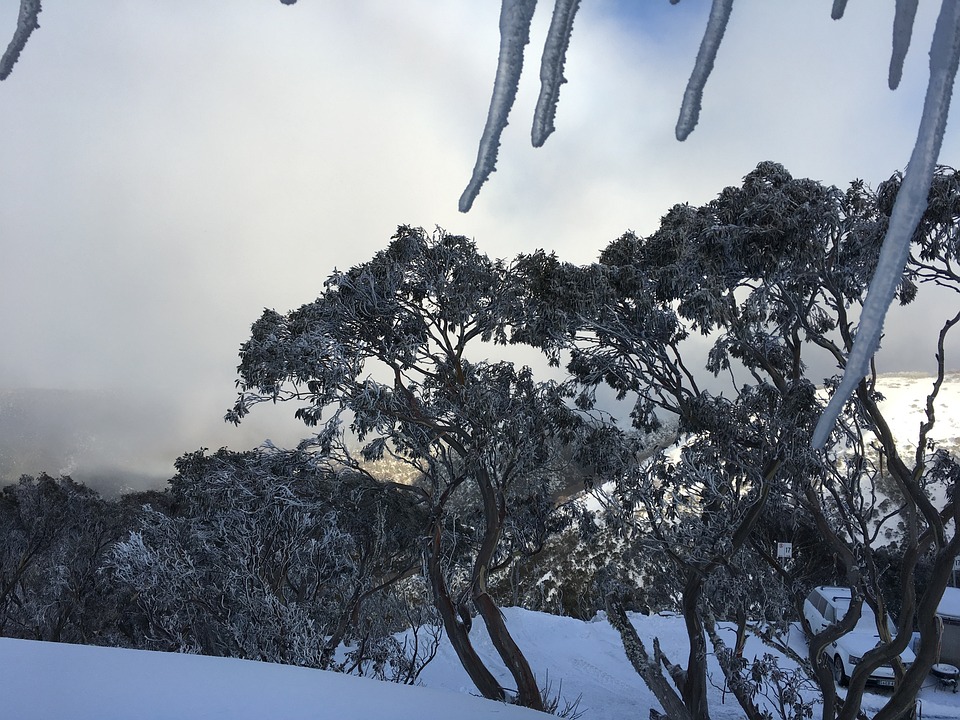 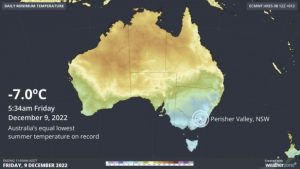 Weatherzone report that Thursday was the equal coldest morning ever recorded anywhere in Australia in summer time. Oddly, there were no preemptive emergency warnings the night before, no news stories announcing the area “might” hit a new record, no camera teams visited the scene and the BOM did not invent a Coldsnap Emergency Alert System to tell Australians to put on a jumper.

On Thursday, Perisher Valley in the Australian Alps got down to minus 7.0 C (19F) equaling the record set in Perisher in January 1979 and which was also reached at Charlottes Pass in December 1999.

There were more news headlines about the heat that didn’t happen than there were about the cold that did.

While no media outlets have mentioned this cold record, many have run the story thattemperatures might reach 48C this weekend and they issued plenty of warnings. As it happens the 48C was a fizzer on Saturday (the hottest was 44.9), and looks like missing tomorrow too (the forecast peak is now 45C). Hence imaginary heatwaves beat actual cold.

Apologies to Northern Hemisphere friends in winter, we know “it’s nothing”. But it is supposed to be hot here in December. Yet snow has continued to fall on Australian ski fields in NSW, Victoria and Tasmania this year with a “staggering 25cm” falling on Perisher just days before summer officially began.