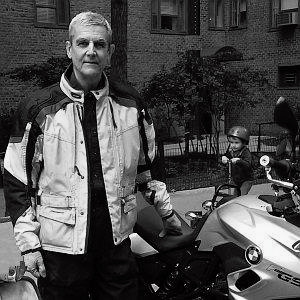 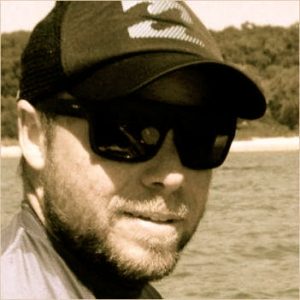 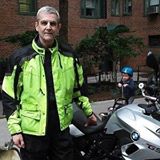 Light at the end of the tunnel…

Tom Price is Trump’s Sec. of Health and Human Services. The left hates him. His views are unprecedented in his position, thanks to Trump.

Dr. Tom Price, our new Secretary of Health and Human Services, has been accused of belonging to a “conservative, fringe medical group” that “holds positions that are at wide variance with the basics of federal health policy.” Thus says Amy Goldstein of the Washington Post [the major slime rag].

For example, Dr. Price was heard to say that “anything that gets in the way of the patient… their families and physicians making decisions about what kind of health care they desire—we ought not go down that road.” But wait—if federal policy keeps patients from making free choices about their medical care, should we not change that policy?

The Association of American Physicians and Surgeons was founded in 1943 to champion and preserve the private patient-physician relationship. Is it now “unorthodox” to believe that the interests and well-being of the patient ought to be paramount?

AAPS successfully sued Hillary Clinton for having illegal closed door meetings in her attempt to develop the precursor of what became the Affordable Care Act. If it is “right-wing,” “fringe,” and “less than mainstream” to believe that government officials should tell the truth and obey open-meetings laws, AAPS members will say, “guilty as charged.”

AAPS doctors want patients to be able to get the care they need. It is the government that coerces, restricts, requires more and more documentation, insists on cumbersome coding systems, and erects a maddening bureaucracy that gets in the way of good care. How many times have patients quipped that the doctors pay more attention to their computers than to the patient? This is only to meet government demands.

Dr. Tom Price opposes the Affordable Care Act (ACA or “ObamaCare”), not because he wants to see patients shut out of the very best medical care possible, but because this law is actually a very expensive impediment to care. An insurance card does not guarantee access to medical care, as many are learning. The majority of the “newly insured” got Medicaid, a program that is rife with fraud and full of frustrated patients who are unable to get the psychiatric care, pain control, and elective surgery that the plans promise.

Defenders of ObamaCare apparently believe in a benevolent higher level of government that is concerned about every patient getting needed medical treatment. In fact, government simply cannot “care.”

It is individual Americans who care. Americans are a kind and compassionate people. But our nation was founded by patriots who valued freedom. And that freedom brought us the prosperity and innovation that allows us to offer the best care in the history of the world.

Repealing ObamaCare will permit the development of voluntary (“free-market”) approaches that work. For example, Health Savings Accounts will eliminate the middleman for routine medical care. Direct payment for routine medical care by check, cash, or credit card—the way we pay for everything else—is far more economical and efficient. Insurance should only be for unforeseen catastrophic medical events.

The role of government should be to monitor that insurance companies represent products honestly, are financially solvent, and abide by their contracts. No one would voluntarily buy a policy that could be cancelled when a subscriber became ill.

Dr. Price recognizes that the federal-state Medicaid system, which consumes one-third of the average state budget, is top heavy in bureaucracy and skimpy in care. His solution would be to block-grant the federal dollars back to the states. Free of federal strings, states could develop better ways to provide care, and could not profit from “gaming the system” to draw down more federal dollars.

Here is a page on my site, data from a study which I had graphed and rendered for my next ultrasound book.

This is relevant to stillbirth because it is accepted that growth restriction is a “risk factor” and “predictor” for stillbirth and many other negative outcomes.

“While growth restriction is usually the result of underlying placental pathology and not in itself the cause of the demise [stillbirth], it is a clinically relevant condition.”

The “underlying placental pathology” would be ultrasound – in my book.

https://crazzfiles.com/wp-content/uploads/2017/04/the-enemy-within-with-jim-west-.mp3Podcast: Play in new window | DownloadSubscribe: Apple Podcasts | Email | RSS On tonight’s podcast show i am joined by J Wilderness from the UK who is the creator of guerrilla investigations and the “Good Morning Clown World” compilation series. J wilderness is back on the podcast show with me tonight 06/02/22 for our[…]