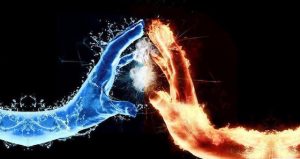 As in: energy depletion.

Without energy, the individual feels trapped. In that state, he seeks to conform, fit in, survive long enough to die of old age.

Body and mind deploy various feedback mechanisms to inform a person about his “available supply of energy,” and when these signals are taken as absolute truth, trouble comes.

“I can sense my energy is dwindling. So I have to…settle for less, or see a doctor, or give up, or accept that I’m getting older, or change my values, or tune up a victim-story, or join a group, or…”

On and on it goes.

In this twilight zone, the individual is unwilling to consider solutions that could restore his vitality. He’s already opted for a lower level of life.

In particular, he’s unwilling to explore the one aspect of his capability that works like magic: imagination.

That’s out. No dice. Preposterous. Absurd.

After all, imagination is just that spring rain he felt as a child, that unknown space that held all the promise in the world.

That was then; this is now.

Now is sober reflection. Now is routine. Now is habit. Now is empty.

Once upon a time, he read a science fiction novel and, at the end of it, he felt as if he were standing, triumphant, in deep space at the crossroad of a hundred solar systems.

Now he knows there is no such place. Now he is intelligent.

And now he has no energy.

The light that once flared is gone.

The idea that his own imagination could lead him to discoveries beyond anything he knows is fool’s gold.

Yes, once when he was twenty, he woke up in the middle of the night and walked to his window and looked out over a city and knew he was on the cusp of an endless future…but what can he do about that now? There is no returning.

So his imagination waits. It idles.

Yet…if he took a chance, if he began to dream again, if he started up the engine, if he considered offloading the interlocking systems that have become his daily life, what might happen?

Is there a huge space beyond his common neurological impulses and rigid survival habits, where Vision can be played out on a vast scale?

Is there a different kind of life he can enter, crossing the threshold from tired knowledge into mystery?

Can he take a route around his stale reality after opening the door to his imagination?

There is, in fact, a silent channel that winds through the entire time-scale of the human race.

History does not officially record it, because history is written by winners for losers, and this channel has nothing to do with pedestrian notions of victory or defeat.

The route of imagination has no truck with conventional space or time. It invents its own, and eventually introduces them into the world.

How many stories are there about journeying knights who cross the boundary from ordinary events into a realm of magic?

The stories are messages…sent to ourselves, to remember. This place, this day, this moment is a platform from which to embark.

Adventure, with no end.

(New piece up at my other blog OUTSIDE THE REALITY MACHINE entitled “Notes on archetypes, landscapes, models, symbols, icons, idols”. Click here.)