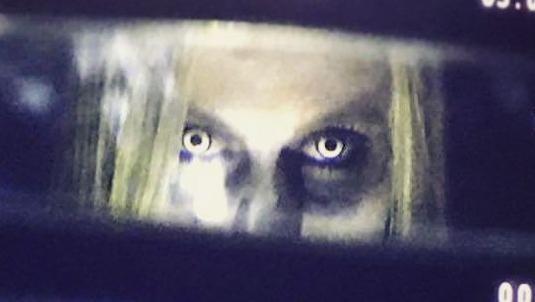 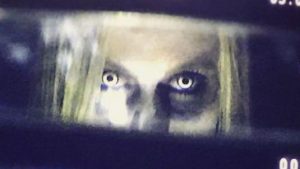 GRISLY murders and countless fatal crashes might be enough alone to make the Wakehurst Parkway a place to avoid if your travel route allows it — especially after dark.

But the one particular characteristic of the road, which connects Seaforth to Narrabeen and encompasses Deep Creek Reserve (a spot famed for historic murders and body dumping) are its terrifying ghostly apparitions and unexplained supernatural occurrences.

Windscreen wipers suddenly cease to work, car doors lock by themselves and switched off radios suddenly ramp up. There have also been reports of the pedestrian crossing at Oxford Falls flashing with a green man at 3am, despite no one pressing the button.

But spookier still are the sightings of two women — one older, and one a younger — who appear on the highway at night. Both have been reported to enter cars at the Oxford Falls end of the road and appear to terrify drivers in the rear view mirror.

The legend goes that one is a Scottish nun, who died 50 years ago on the road, and the other Kelly, a young girl who died in tragic circumstances in the 1970s.

It’s said that if you don’t tell Kelly to leave your vehicle, she will run you off the road.

Mary Loughland is a psychic medium from Narrabeen has seen Kelly numerous times.

“The first time I took the road was about six years ago. It was about 2am, and I had the feeling of someone touching the back of my neck. It felt like a cool hand would on a cold day.

“She is like a white, veiled apparition of a girl in the back seat.

“I usually see her when I go past the C3 Church at Oxford Falls. Other times there’ll be a buzz on the radio or the car doors will lock when I go down the road,” Loughland said.

“My daughter Ellie used to drive down the road on her way back from work at Chatswood RSL. She has seen Kelly as well as an older woman in her car, who could be the nun.”

Loughland thinks Kelly appears to motorists because she met a tragic end.

“Most hauntings are in places where there has been tragedy. I feel Kelly is either lost or has a message to deliver. She is not an evil presence, but one that’s traumatised. She is saying, ‘I need a lift out of here’.

“Maybe she was trapped in the back seat when she died or was hitchhiking, and that’s why she wants to get in to people’s cars.”.

But why then, would she try and run people off the road?

“I wonder if there was an element of insanity to her in life and whether she lost her mind. I do notice a feeling of persuasiveness about her — she tries to make you do things. After I did the Manly Daily photoshoot I felt compelled to drive down the Parkway again.”

Samantha Fisher, 22, from Bilgola Plateau said she had been driving along the road as a toddler in 1998 when her mother Sherryll, who was in perfect health, inexplicably passed out at the wheel.

“She blacked out coming up to a turn, she remembers feeling the accident happening however couldn’t move or see, but could hear and feel it.

“I was three years old and I slept through the whole thing, the car went up one of the sides of the rock faces and once at the top the car tipped off the side and smashed down on the road. Mum had a broken back but recovered fully after three months of no movement, and I had no injuries.

“It was about 10am on a weekday and we were on the way to a child’s concert. But mum said she was no way tired and had plenty of sleep the night before. And she says she definitely wasn’t asleep.”

Filmmaker Bianca Biasi, who has already produced a feature film about Kelly in 2015 called The Parkway Hauntings, said the experience was “freaky and terrifying”.

She he was with a group of actors at Deep Creek Reserve, off the Parkway at Narrabeen, where the dismembered body of Stephen Dempsey was found in 1994.

“It was freaky. We had a psychic medium with us and she described in detail that someone had been murdered there. All of a sudden the actors started behaving strangely. A couple started throwing up and we considered hospitalising one because it was so hard to calm her down.

“Something instinctively told me to get them out of there — it was eerie,” Biasi said.

Even more blood-draining was an experience she had two weeks ago while filming a pilot for another TV show.

“All of a sudden the actor who was playing Kelly got really, really cold. It was like something came over her face and she went white. She said later that it had been like all the blood had drained from the top of her scalp to her feet and she’d frozen to the spot.”