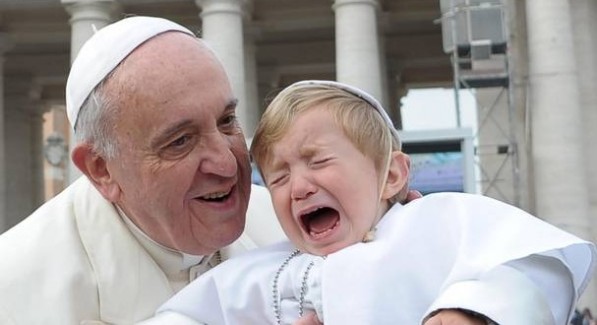 ALL ROADS Lead to Rome…

The Society of Jesus, also known as the Jesuits, is a male-only Roman Catholic religious order, consisting of priests and religious brothers. The order was founded in 1540, in response to the Reformation, by Ignatius of Loyola—a former Spanish soldier.

The term Jesuit was first applied to the society as a reproach and was never employed by its founder, though members of the society later accepted the name. The order is sometimes depicted as an “army of shadows.”

The head of the order is the Superior General, based in Rome, and sometimes referred to as the Black Pope because of his black priest’s garments (in contrast to the Pope’s white robes) and influential position. Today Jesuits continue to be the most influential group in the Roman Catholic church.

“I FURTHERMORE promise and declare that I will, when opportunity present, make and wage relentless war, secretly or openly, against all heretics, Protestants and Liberals, as I am directed to do, to extirpate and exterminate them from the face of the whole earth; and that I will spare neither age, sex or condition; and that I will hang, waste, boil, flay, strangle and bury alive these infamous heretics, rip up the stomachs and wombs of their women and crush their infants’ heads against the walls, in order to annihilate forever their execrable race.

“That when the same cannot be done openly, I will secretly use the poisoned cup, the strangulating cord, the steel of the poniard or the leaden bullet, regardless of the honor, rank, dignity, or authority of the person or persons, whatever may be their condition in life, either public or private, as I at any time may be directed so to do by any agent of the Pope or Superior of the Brotherhood of the Holy Faith, of the Society of Jesus.”

—from the Jesuit Extreme Oath of Induction

THE EARLIEST recorded Jesuit conspiracy theories are found in the Monita Secreta, an early 17th-century document that alleged that the Jesuits were trying to gain wealth in illicit ways. The Protestant Reformation, and especially the English Reformation, brought new suspicions against the Jesuits, who were accused of infiltrating political realms and non-Catholic churches.

An incredibly influential order, members of the society were covertly involved in European politics from the offset. Jesuits were implicated in plots to overthrow Elizabeth I. They were also associated with the Gunpowder plot to destroy the English Parliament, after James I made the order illegal. During this time all Catholics in Britain were told they must recant their catholicism or face death.

It is widely believed that during the Renaissance, the Jesuits were heavily involved in the wholesale rewriting of Western history, destroying many ancient texts. They conspired with the Papacy, Copernicus and the wealthy elite, to introduce the concept of the ball-Earth, heliocentric model of cosmology, overturning the traditional (and eminently provable) Biblical belief in a Flat Earth.

This started the inexorable drift away from the idea of man as a ‘divine’ creation of God, to the modern concept of an inconsequential ape-man—the random product of a chaotic and meaningless universe. The trend continues to this day… 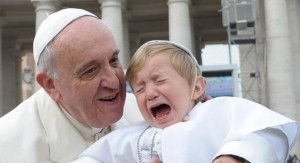 AS THE FIRST JESUIT PONTIFF, Pope Francis will have a global outlook without the far-fetched theories often associated with a community long shunned by the Vatican hierarchy, experts say. Yeah, right. But then there’s the society’s most famous motto—“Perinde ac cadaver” (Obey as a dead body obeys)—which hints at something very different.

Yes, but accoring to Henri Tincq, former Vatican expert for Le Monde, there’s nothing to worry about. He says the rampant conspiratorial rumours mistakenly arise from the “Jesuit self-discipline, their total submission, their rules on secrecy and their utter obedience to the pope.” So that’s okay then…

“The time will arrive very soon, in which the ‘Company of Jesus’ will become

very solicitous in the human sciences, but without a single application to virtue,

the ambition will be to dominate, the overbearing and pride penetrating its soul,

to rule alone and no one can restrain them.”—Gerome Lanuza, 1650

Meanwhile, academic Jose Bento da Silva, an expert on Jesuits at Warwick Business School in Britain, says: “No other religious order knows how to manage a global community like the Jesuits.”

Nevertheless, many believe the Jesuit Order controls everything—from the Vatican’s governing body to the United Nations and the world banking system—with its members strategically placed in powerful governmental and corporate positions around the world. So what do they have in mind..?

JOHNNY CIRUCCI joins The Higherside Chats podcast to make his case that the Vatican and the Jesuits sit atop the conspiracy pyramid. Johnny has his own online radio show called Resistance Rising on Blog Talk Radio, and is the author of “Illuminati Unmasked,” which goes deep down the Jesuit rabbit hole and chronicles Johnny’s research on the big conspiracy. This is HIGHLY recommended.

Johnny’s blockbuster book, “Illuminati Unmasked,” brings together everything you ever needed to know about the “One World Order”—from its inception in Babylon, through to its near completion today. Those pursuing this agenda have infiltrated and co-opted the governments of the world at every level.

Through extensive research, Johnny Cirucci has discovered that no matter what the conspiracy, no matter what the tragedy, the investigative trail leads back to the Jesuits and the City that sits on those Seven Hills. Learn what is really going on behind the scenes of world events, and how this group seeks to bring all the world (back) under the control of Rome.

Do the Jesuits Have America’s Gold?

KAREN HUDES studied law at Yale Law School and economics at the University of Amsterdam. She worked in the US Export Import Bank of the US from 1980-1985 and in the Legal Department of the World Bank from 1986-2007. She established the Non Governmental Organization Committee of the International Law Section of the American Bar Association and the Committee on Multilateralism and the Accountability of International Organizations of the American Branch of the International Law Association.

In 2013, Dr. Karen was fired in retaliation for reporting corruption at the World Bank to the Senate Committee on Foreign Relations. Hudes alleges that the US gold reserves have been stolen by the Jesuits under the direction of “the Black Pope,” and that the US gold now resides in the Vatican. 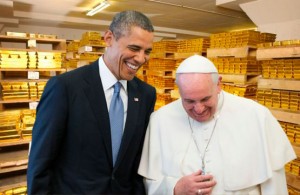 IN THIS INTERVIEW Karen exposes how the Federal Reserve and the Bank for International Settlements are in collusion with the biggest crooks of all, the Jesuits, who “bought out” Bank of America, and have secret deals to apportion to themselves the riches of the world, says Karen Hudes.

Incidentally, Hudes has also recently stated that “there’s a second species on this planet.”  They are apparently not extraterrestrials. They live amongst us… and the Black Pope is one of them! 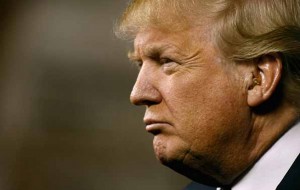 Is Donald Trump a Jesuit Stooge?

DONALD TRUMP has been the subject of media frenzy of late. The lumpenproles see him as some kind of rebel, going against both the Republican and Democratic parties (as exemplified by his recent non-commitment to support the Republican nominee for President).

Could it be though, that Donald Trump is really a “false flag” candidate, being used by his Jesuit handlers to secure the vote of the independent constituency in order to lull the US into a false sense of positive political novelty—before imposing right-wing Jesuitical fascism, leading to a nationwide race war, as devised by the masters of class-adversarialism, the Sons of Loyola?

Donald Trump claims to be Presbyterian, yet he attended Jesuit Fordham University for two years and then transferred to the covertly Jesuit-controlled University of Pennsylvania… 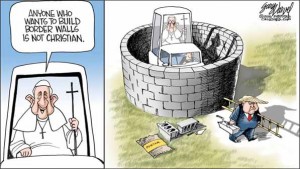 MEANWHILE, Pope Francis (aka ‘Joey Bananas’) said recently that GOP front-runner Trump “is not Christian” if he calls for the deportation of undocumented immigrants and pledges to build a wall between the United States and Mexico. Pope Francis said this from within the massive fortified walls of the Vatican. Jesuit vs Jesuit? It’s all smoke and mirrors! | More: cnn.com

3 thoughts on “The Hidden Hand of the Jesuits”