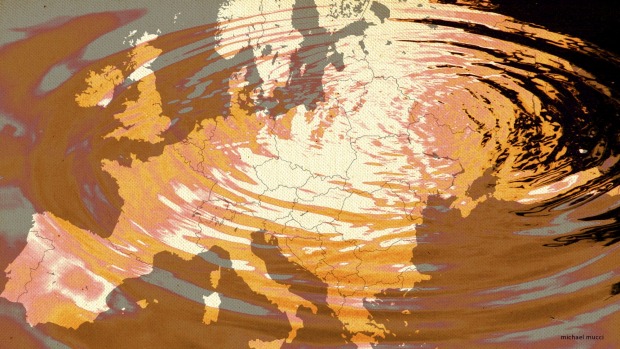 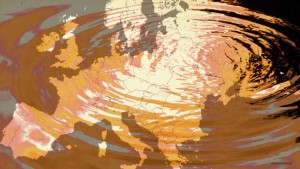 The arrival of about a million Muslim men in Europe during 2014 and 2015, most of them unaccompanied, most not refugees from Syria, and most of whom would have been classified as illegal immigrants until European border control was plunged into turmoil earlier this year, has set in train a political shock wave. Some tremors will even be felt in Australia.

Conservative parties are rapidly gaining ground. One of the European politicians harvesting increased support, Geert Wilders, is scheduled to arrive in Australia today.

The main political parties and mainstream media in Europe, having both tried to put a lid on stories which reflect poorly on new arrivals, have lost control of the debate. It has shifted, en masse, to social media.

The European Union itself, having been exposed as hostile to national sovereignty during the Greek financial crisis, is now perceived to have failed to protect European sovereignty at its most basic form – protection from invasion.

The most powerful leader in Europe, German Chancellor Angela Merkel, made a colossal blunder this year when she said Germany would waive normal border protocols and accept 800,000 refugees this year, in response to the humanitarian crisis in Syria.

Inevitably, this unleashed a wave of humanity, mostly not from Syria.

The shock waves from the influx is causing a widespread perception in Europe that the Muslim world is exporting its problems, creating huge welfare costs, social tensions and importing Muslim extremism.

The most celebrated novel published in France this year, Submission, by Michel Houellebacq, portrays a France where high immigration and high birth-rates among Muslims enables Muslims to take political power and begin to replace French laws with sharia law, a change accepted by a docile French population.

Germany has since rescinded Merkel’s open-door policy, but the influx has continued largely unabated. Hundreds of arson attacks against refugee housing are reported to have taken place in Germany this year.

The impact of uncontrolled immigration has gone far beyond Europe.

In the United States, illegal immigration and mass migration from Mexico – legal and illegal – has proved to be a visceral issue which, more than any other, has catapulted Donald Trump to an improbable early lead in the Republican contest for the 2016 presidential nomination.

In Russia, a belief that militant Islam has become a danger to world security has motivated President Vladimir Putin to conduct a bold military incursion into Syrian and make military accommodations with Iran.

In Australia, the Australian Liberty Alliance will be launched on Tuesday. The ALA is a political party which regards Islam as incompatible with secular democracy, cultural pluralism, feminism, gay rights and freedom of speech.

To help launch the party, Wilders, the most popular politician in Holland, is arriving in Perth, where the launch will take place.

In Canberra, there are other concerns. The Australian government has become alarmed that Christian Syrian refugees are not turning up in refugee camps because they are so dangerous for Christians.

Christians and ethnic minorities are facing genocide in Syria and Iraq, which makes them the Australian government’s highest priority, but the government is encountering trouble finding Christians within the framework of the United Nations High Commission for Refugees.

All these elements have helped motivate the creation of the Australian Liberty Alliance.

The ALA is not an ad hoc grassroots revolt like the emergence of One Nation in 1998, which grew spontaneously around the surprise election to federal Parliament of one woman, Pauline Hanson, who was ill-equipped for the national spotlight.

Since then, social media has become a powerful organising tool, and Islamic extremism has emerged as a powerful issue following multiple terror attacks and plots in Australia and shocking violence among Muslims overseas.

The ALA will be unveiling strong senate candidates in New South Wales and Queensland.

It also has the resources to bring Wilders for his second visit to Australia. In both cases the federal government, first Labor and now the Coalition, played games by delaying his visa for two months.

This was a slap to Dutch democracy given that in the most recent opinion polls in the Netherlands, the party that Wilders founded and leads, the Party for Freedom (PVV), polled an average 33.5 per cent primary support, far more than the next closest party, on 20 per cent. It was double the 17 per cent won by the PVV in the 2014 Dutch elections for the European Parliament.

With centre and conservative parties dominating the polls in Holland, and Muslim immigration now the central issue in Europe, Wilders, as Holland’s most prominent opponent of Islam and Muslim immigration, is positioned to play a pivotal role in Dutch politics. The next national election must be held by early 2017.

A number of Muslim leaders in Australia urged that Wilders, who lives under 24-hour security because of innumerable death threats, not be given a visa.

This supported the ALA’s contention that Muslims are more conflicted than other immigrant groups over pluralism, assimilation, inter-marriage, freedom of speech, and the primacy of secular politics over religious beliefs.

The ALA will make this argument a springboard for senate candidates in every state in next year’s federal election.