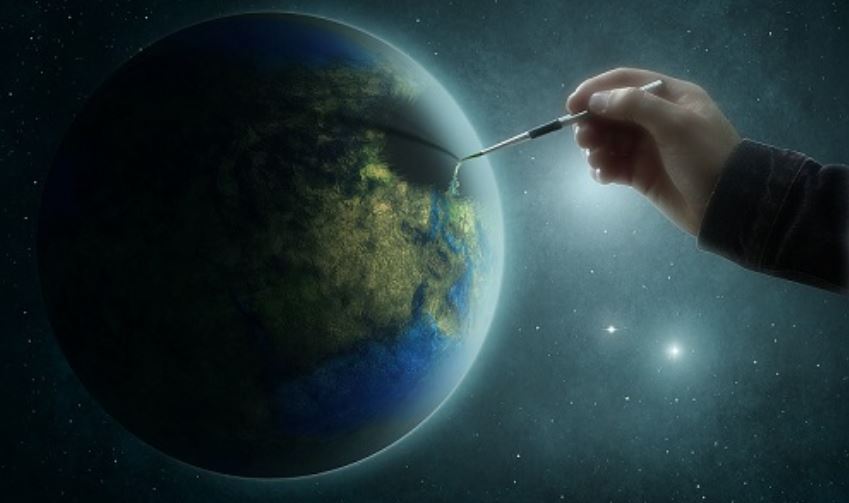 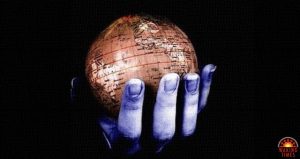 “Global solution” means the individual is cut out of the equation, he doesn’t count, he doesn’t mean anything in the larger scheme of things, he’s just another pawn and cipher to move around on the board.

This is the script for the future: create problems whose only solution appears to be collective.

Psychologically, mentally, emotionally, and spiritually divert the individual’s attention from his own vision, his own profound desires, his own imagination—and place it within The Group (“all of humanity”).

Propagandize the idea that, if the individual concerns himself with anything other than The Group, he is selfish, greedy, inhumane. He is a criminal.

More and more, this is how the young are being trained these days.

The grand “we” is being sold to them like a cheap street drug. They buy in. They believe this “we” is real, instead of a hollow con designed to drag them into a Globalist framework owned and operated by mega-corporations, banks, foundations, governments, and ubiquitous Rockefeller interests.

And what of the individual, his mind, his unique perception, his independent ideas, his originality, his life-force?

Swept away in the rush toward “a better world.”

I have breaking news. Earth is not a spaceship and we are not crew members. If Earth is a spaceship, it has serious design flaws, because it keeps making the same trip around the same sun every year.

Each one of us does not have a specified function, as a crew member would.

In recent human history, a different idea emerged: establish severely hamstrung government, in order to protect the individual against it.

This idea has had a very tough time. Collectivists have fought it every step of the way.

But regardless of circumstances, the individual can author his own freedom and what it implies. He can discover, within himself, extraordinary possibilities. He can contemplate what it means to create reality that expresses his most profound desires.

And then he can begin a voyage that no one and no group can stop.

Civilizations come and go, rise and fall; the individual remains.

The word “imagination,” when properly understood, indicates that the individual can envision and then create futures that never were, and never would be, unless he invented them.

Imagination is the opposite of “provincial,” “restricted,” “well-known,” “familiar,” “accepted.”

That is its challenge to the status quo.

That is the true threat the individual poses to all predictive systems.

Therefore, “it’s all just information” is a psyop code-phrase. Ideas, thoughts—nothing is original, nothing is new; we all “share” information floating in the collective consciousness; the individual invents nothing.

Which is the opposite of the truth. The individual invents everything.

He is not anyone else.

He thrives on his own inspiration.

He is the ultimate riverboat gambler. He bets the house on his own as-yet uncreated future.

He is not a piece of universe.

He is not a humble servant of Order.

He invents the space and time of his own time to come.

As early as 1961, a brilliant healer, Richard Jenkins, whom I write about in my book, The Secret Behind Secret Societies, explained what was to come. He wrote me a note, which I’m paraphrasing from memory: “People are confusing their own empathy for others with some inflated idea about group-identity. They aren’t the same. People are becoming afraid of their own unique and distinct existence. This is a social fear. A new social contract is being foisted on the population. Either you belong, or you have no rights. This is a totalitarian concept. It’s coming in through the back door.”

Well, now, it’s right there at the front door.

The individual still has a choice. But he has to make it.

Explore his own power, or give it away for nothing more than an illusion of belonging.

Stoke the fires within, or form a diluted image of self, and bow down to The Group.

The “I” is not isolated. He can reach out to others whenever and however he wants to. The question is, is he moving on the ground of his own independence, or is he searching for a group life raft, to which he will attach himself without thought or hesitation?

Beyond economics or politics, Globalism is a system that offers a life raft which is heading toward a machine-future. Disembark and find the great We, a construct of integrated parts, each of which is an individual, in a state of spiritual amnesia.

Happiness there is function and sedation, shadowless, wiped clean of distinctions.

This is the elitist end-game of social justice and equality.

4 thoughts on “The Individual vs. Globalism”