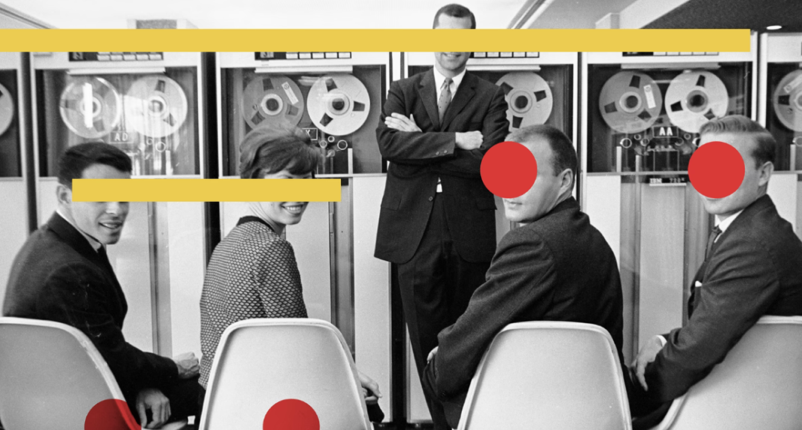 The pandemic era has re-shaped the entire world, and a feeling is slowly brewing amongst the working classes of resentment and rebellion.

This is not an experience exclusive to Australia either, and collectively, we could be sitting on a giant kettle that is ready to boil over.

Whatever the final outcome, the 2022 Australian elections have already revealed the irrelevance of many elite concerns.

From ‘gender fluidity’ and racial injustice, to the ever-present ‘climate catastrophe’.

All distractions from the real issues at hand.

Instead of this, most voters in Australia and elsewhere are more concerned about soaring energy, food and housing costs, job security and more.

Many suspect that the cognitive elites lack even the ambition to improve their living conditions.

These elections reflect the essential political conflict of our time.

On one side, there is a powerful alliance between the corporate oligarchy and the regulatory clerisy.

On the other, there are two beleaguered classes – the small-business owners and the vast working class.

The common feature they both share is the politics of anger and resentment.

Perhaps a delayed feeling after two years of a living nightmare.

In a time where income growth has dropped more than at any time in at least 30 years, ‘non-essential shops’ faced long periods of closure during the pandemic. Many have since closed their doors permanently.

The self-employed were four times more likely to suffer income losses than their wage-earning counterparts during the pandemic. The working man was hit like never before.

Australia was not alone in this transition.

In the United States, for example, roughly 110,000 restaurants shut down during the lockdowns, and some 200,000 more businesses overall disappeared compared to the usual erosion.

It’s no surprise, then, that barely 16 per cent of small-business owners, according to one recent survey, think the US federal government is performing well for them.

As millions struggle to fill their tanks and pay their rent, sales of business jets to the rising ranks of billionaires have soared to new heights.

Perhaps even harder hit have been service workers.

As lockdowns and remote work pummelled low-income workers over the past year, the top 25 per cent of earners suffered negligible job losses, while nearly 30 per cent of workers in the bottom quartile lost much of their income.

The pandemic, notes one observer, has created uneven inventories and supply chain disruptions, managed in often difficult conditions in warehouses. With fewer workers, the remaining employees sometimes have no work and sometimes have too much.

Despite higher wages, inflation has wiped out any gains. Indeed, a recent study from the Economic Policy Institute shows that wage inequities have worsened since the pandemic.

Most people these days are working harder and faster – and often with less job security.

Epidemiologist Martin Kulldorff has summarised the impact of all this:

“Lockdowns have protected the laptop class of young, low-risk journalists, scientists, teachers, politicians and lawyers, while throwing children, the working class and high-risk older people under the bus.”

We may, as de Tocqueville put it during the early stages of the Industrial Revolution, be “sleeping on a volcano”.

The pandemic was the first step in a world shift of unprecedented proportions.

THE END OF THE MIDDLE CLASS

Across the 36 wealthier countries of the Organisation for Economic Cooperation and Development (OECD), the richest citizens have taken an ever-greater share of national GDP in recent years as the middle class has become smaller.

Heavily in debt, mainly because of high housing costs, the middle class “looks increasingly like a boat in rocky waters”, suggests the OECD.

One key indicator of the declining middle class is rates of home ownership, which are stagnant or plummeting, particularly among the young, in the United States, the United Kingdom and Australia.

Much like Australia, the chance of middle-class earners moving up to the top rungs of the earnings ladder in the United States has dropped by approximately 20 per cent since the early 1980s. Life expectancy in the US has dropped to the lowest levels in a quarter of a century.

This growing class division is a worldwide phenomenon.

In 1974, the proportion of corporate income that went to labour was about 64 per cent.

This pattern has applied not only to wealthy markets in the West, but also to labour-rich markets like China, India and Mexico.

In 2017, the Pew Research Center found that poll respondents in France, Britain, Spain, Italy and Germany are even more pessimistic about the next generation than those in the United States.

Such sentiments are shared in countries like Japan and India, where many new college graduates fail to find decent employment. Well over two thirds of Mumbai youths are pessimistic about their prospects.

This erosion of opportunity sets the stage for a potential combustion of class anger, particularly as the pandemic and now ‘Russia’s invasion’ threaten to make things worse.

The unemployment rate reached 32.5 per cent in South Africa during the pandemic years, with almost two thirds of young people with no job in sight.

The story is unfortunately similar elsewhere in Africa, with regional powers such as Kenya and Senegal reporting over 40 per cent unemployment. This is a recipe for chaos.

Even China seems poised for an outbreak of class warfare. Since 1978, China’s Gini coefficient, a key measurement of income inequality, has tripled.

China has gone from being highly egalitarian to becoming more stratified than Mexico, Brazil or Kenya, as well as the United States and virtually all of Europe.

China, notes one observer, is now developing “something resembling a permanent caste system”.

China’s class divisions have grown so intense that President Xi has been forced to respond with a promised drive to spread the wealth and cut the oligarchy down to size.

This is the reality of the world under all types of systems.

In some ways, the progressive classes live in a kind of fantasy world.

Among intellectual progressives, the instinct has been to urge austerity and restraint. The likes of Vox castigate the average worker for being ‘too mindlessly materialistic’.

At the same time, conservative parties are burdened by their addiction to market fundamentalism, a pervasive class hauteur, a refusal to tax the rich and a worship of capital’s prerogatives.

They may despise the progressive agenda, but conservatives have to offer more than just bromides about the ‘beauty’ of capitalism, which are no longer persuasive in an era of oligarchic control.

Both sides have long been bought and paid for.

Even during this initial inflation surge, the government’s response has been to minimise it as ‘temporary’ and even as a rich person’s problem – the very opposite of the truth.

This is not how it was experienced by working-class families and small businesses.

Beneath the surface, a (still inchoate) rebellion from below against the concentration of wealth and power above seems to be gathering momentum.

HAVE PEOPLE HAD ENOUGH?

As it was during the Industrial Revolution, today there are key divisions within society – between what economist Thomas Piketty refers to as the ‘merchant right’, largely in the analogue economy, and the ‘Brahmin left’ of large corporations and investors.

In the US, this latter group generally backs the Democrats and the environmental and cultural agenda of the progressive left. In contrast, the traditional middle class – comprised of skilled workers, Main Street businesspeople and small property owners – has become the bulwark of the Trumpian Republican Party.

These parties appear, generally, on the rise in an inflation-rattled, increasingly pessimistic continent.

Voters’ anger can sometimes be expressed in crude, even racist, terms. But it reflects real economic distress, made worse by Covid and now the Russian war, stoking inflation to the highest level in 40 years.

Biden has already lost his majority among young voters – the same troubled generation that helped elect him.

The first signs of class unrest are already evident.

These beleaguered working and middle classes are taking to the streets, as seen with the Convoy truckers.

There remains the basis for a nascent rebellion among the expanding precariat of workers – mainly non-college educated and poorly paid – who for decades have inhabited the lower economic rungs and lived with uncertain hours and few benefits. There are rumblings of freedom across the nation.

The political beneficiaries from the grassroots stirring remain unclear.

In the West, the older left parties continue to prioritise agendas – on climate, education and immigration – that have little appeal outside the upper ‘enlightened’ classes.

Indeed, according to Gallup, barely two per cent of Americans consider climate their key concern, while 35 per cent name economic issues first.

Davos Man’s vision of the ‘great reset’, offering slower growth and limited opportunities, represents what even Marxist publication the Bellows accurately describes as a ‘misanthropic’ approach to working-class concerns.

What is clear is that neoliberalism, which once promised gains for all classes, now means for most people an inevitable diminishment of living standards in ways not widely seen since the 1940s.

It is a dystopia the likes of which we have never seen waiting to happen — unless the people stand up.

The upcoming elections are a perfect time to channel this frustration and rage, to ensure both parties of the same sold-out oligarchy can no longer rule supreme over the electorates.

We do not know when or if the volcano will erupt, but the prospect of it erupting will be with us for the foreseeable future.

It is a matter of whether the people or the system will erupt first.