“I will not support this,” she told Parliament last week. “I will not allow them, over the last two years, not to be held to account. Not at all.” 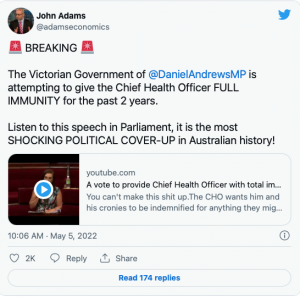