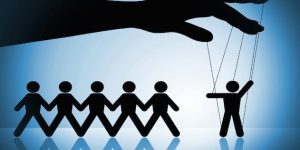 EVERYONE IN AMERICA HAS BEEN TARGETED BY SOCIAL ENGINEERS SINCE BIRTH!

Permission is granted for redistribution if linked to original and AntiCorruption Society is acknowledged.

The degradation of our culture has been ongoing for many years. Has everyone noticed the changes in our TV shows and our movies? A good example is the smarmy little sitcom called Two and a Half Men as compared to morally based programs like The Andy Griffith Show or The Mary Tyler Moore Show.

The advancement of pornography and sexually titillating programs into our theaters – and homes – was not intended to enhance marriage by liberating our society from sexual inhibitions, but was intentionally implanted to distract us from the ongoing destruction of our freedom and economic security. Sex, like any obsession or addiction, can be used as a band-aid to help people cope with the ever growing loss of income, free will and self expression as a small group of ruthless men seek to steal and control all resources on our planet . . . including “human resources”. It is their goal to control all activity to insure their own interests and supremacy by stealth. And, they admitted their diabolical plans – including secrecy, slavery and genocide – in Silent Weapons for Quiet Wars (Air Force Technical Manual 1979). This manual is indeed a who, what, where, when and how description of the take down of America. It even sites Rothschild (called the King of the Jews by many) as its inspiration. If you haven’t yet read it, do it now. It is invaluable information for everyone.

Dr. Jones has been researching the degradation of society and the weakening of natural law for decades. He shared his findings brilliantly in this interview:

Dr Michael Jones – The Intentional Degradation of our Culture

Strategies for restoring a civilized society:

Lets do our best to make sure everyone understands that if the Money-Monsters succeed in destroying our civilized society, everyone else loses.