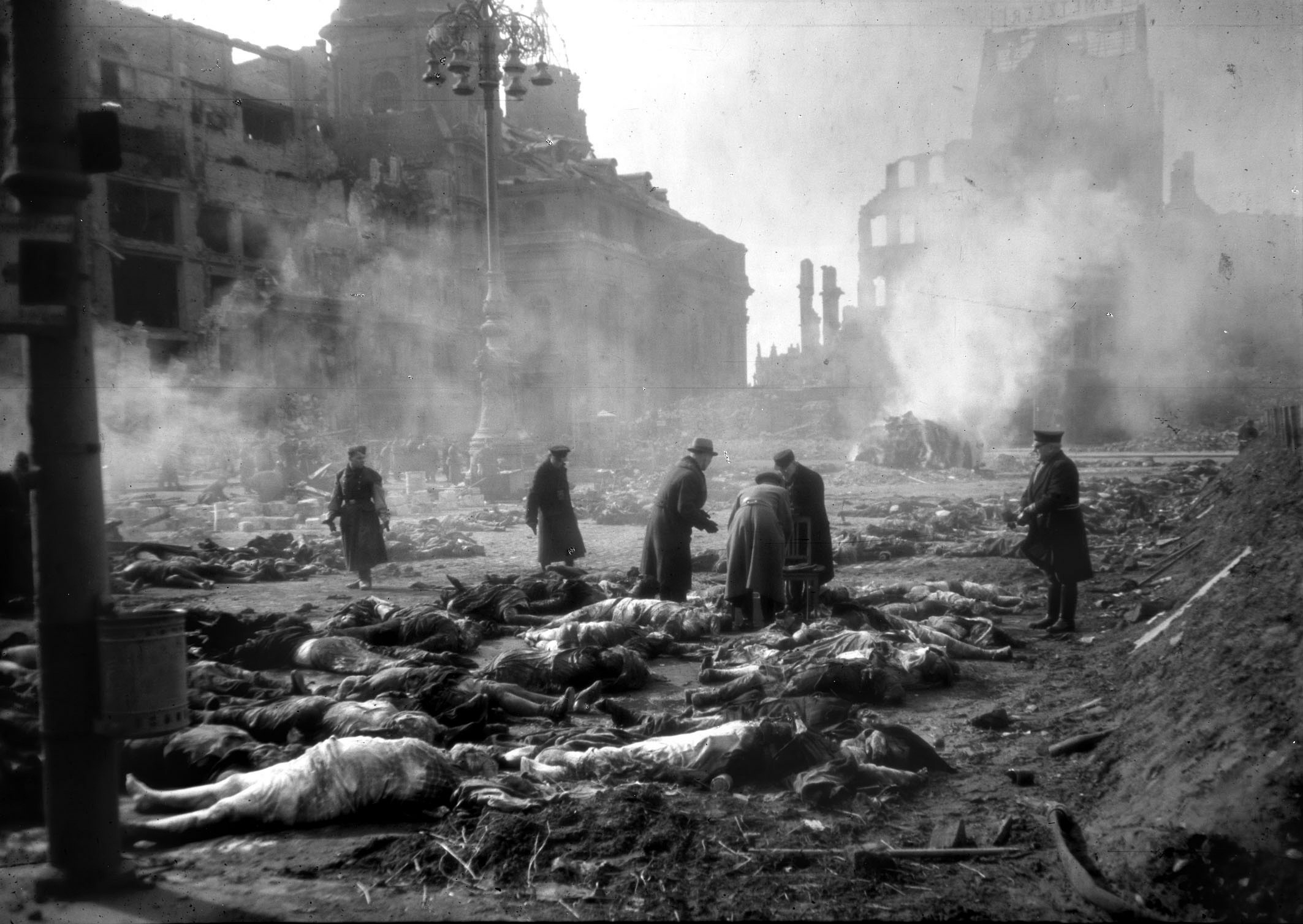 The Biggest Cover-Up In History

This documentary tells the tale that the victors still do not want you to know.

It was the most deadly and destructive war in human history. Millions were killed, billions in property was destroyed, ancient cultures were reduced to rubble–World War II was truly man’s greatest cataclysm. Thousands of books, movies and documentary films have been devoted to the war. There has never been such a terrible retelling of the story, however, as one will find in Hellstorm. In a chilling “you-are-there” style, the author places the reader at the scene, in the moment.

Throughout this book readers will see what Allied airman saw as they rained down death on German cities; or the reader will experience what those below experienced as they sat trembling in their bomb shelters awaiting that very same death from above. The reader will view up close the horrors of the Eastern Front during the last months of fighting and through the mud, blood and madness of combat they may come to understand how the same German soldiers, who only moments before had destroyed an enemy tank, could now risk their own lives to rescue the trapped Soviet crew inside.

Readers will witness for themselves the fate of German women as the rampaging Red Army raped and murdered its way across Europe–all females, from “eight to eighty” feared the dreaded words, “Frau Komm.” The worst nautical disasters in history which claimed thousands of lives, the greatest mass migration known to man in which millions perished, the fate of those wretched victims in post-war death camps and torture chambers, these and many other dark secrets of World War II now come to light in Hellstorm.