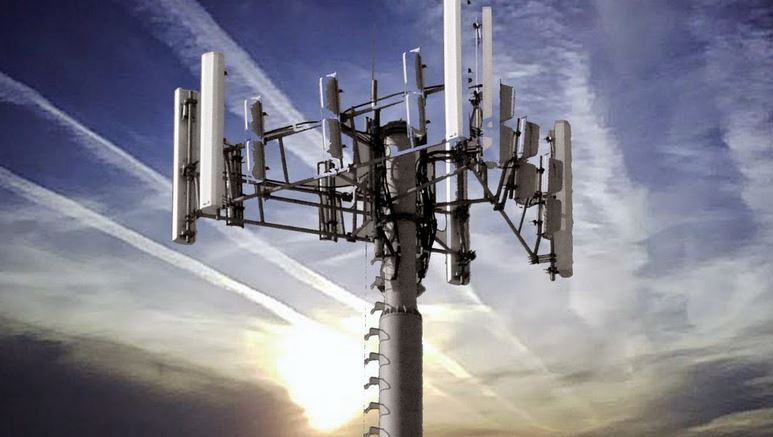 After reading Part One of this three-part series, readers probably are wondering what comes next and has Frompovich gone off the deep end into science fiction.  Even though it may sound like I have, in this part I introduce readers to numerous dots of information that can be connected more effectively than you may think or guess.

EMF researcher/author Elana Freeland is one of the very finest and dedicated independent researchers trying to decode what’s going on affecting humans, the environment and what she identifies as a “spiritual war” and higher consciousness involving electromagnetic frequencies.

Toward the end of the above video at about 44 minutes on the timeline, Elana discusses aluminum used in military intelligence control methods such as chemtrails spraying, fracking and sounding rockets which, when sent up, leave between 100 and 120 tons of aluminum in the upper atmosphere and lithium that eventually contaminate the air we breathe.

The purpose apparently is to create a near-earth orbit, which has the same chemical and metallic composition that will calibrate with all ‘tools’ in the atmosphere, since everything working together will function as ONE instrument of control.

The intent, according to Elana, is to have those aluminum particulates settle into a Saturn-like ring around Earth’s equator, which is happening.

Rain water aluminum-coated nanofibers have been found and identified with engraved markings seen under high power microscopes.  Furthermore, humans breathe those nanofibers into our lungs, which act as EMF “tags” in our bodies.  Researchers are finding those nanofibers connected to and with Morgellons disease[1].  Check out 1 hour and 12 minutes on the video timeline.

Aluminum in the atmosphere is part of ionizing the Earth’s atmosphere.

As a result, the chemicals humans breathe act as control methods and surveillance devices down to the DNA level.  That is part of the full spectrum domination technologies which are part of Artificial Intelligence and the Internet of Things, plus their ultimate goal: Transhumanism.

Universities now have been ‘militarized’ and are doing research to further that agenda.  CERN in Switzerland and the various HAARP installations around the globe supposedly are guided by Artificial Intelligence to work together!  As a result of all that’s been implemented, the planet’s oceans are acid and the soils are alkaline, basically compromising conditions for living organisms. HAARP facilities are ionospheric heaters used to bring the upper ionosphere ionizing electromagnetics down into the troposphere, the atmosphere where we live.  The atmosphere has to be heated to create various types of weather conditions.   Aluminum being sprayed along with other chemicals (barium and lithium) keeps the troposphere ionized, thus the constant ‘need’ for chemtrails spraying.  All the above was not possible because the atmosphere was not conductive enough until Bernard Eastland’s patent to bring down ions from the ionosphere made it all possible.  However, Project Cloverleaf was an ongoing geoengineering project for twenty years until Eastland’s patent made it all happen.  Conductive nanoparticles now are coming down from the sky and humans basically are guinea pigs.

The ongoing geoengineering of Earth’s atmosphere, which has been going on for decades, will cause a breakdown of the immune system so all life on Planet Earth can be genetically altered, the New World Order’s ultimate dream!

5G Wi-Fi in the sky and elsewhere

Now here’s the real clincher Elana alludes to: the new 5G Wi-Fi and how it probably will affect us.

5G is a creature of very different composition, which will activate all the internal nanobot  sensors we have been breathing in, including nanoparticulates we had syringed into us via vaccines, plus create a third strand DNA, which I don’t understand how ‘science’ will/can do that, or if it’s really possible.  If it is possible, will that become a ‘reset’ button for Homo sapiens brought on by technology?

Now, do you understand why mandatory vaccines are pushed so vehemently?  They are genetically reprograming humans!  There’s no other reason for injecting all those toxins into infants, toddlers, teens, adults and senior citizens.

Here is Elana Freeland’s video interview about the “space fence” and more: e.g., synthetic biology, transhumanism, ‘smart dust’, nanobots and Morgellons (a genetically-engineered ‘creature’), plus a technology that operates in the invisible, command and control (surveillance) and the smart meter connection.  Elana talks about Morgellons liking an acid balance to grow in but it doesn’t grow in an alkaline balance in the body.  This is a most revealing interview you won’t want to miss knowing about and hearing, including Google’s role in Artificial Intelligence and its access to personal hospital records in London, UK.

Let’s see what we can learn in Part 3 about how the above is being manipulated to come about.