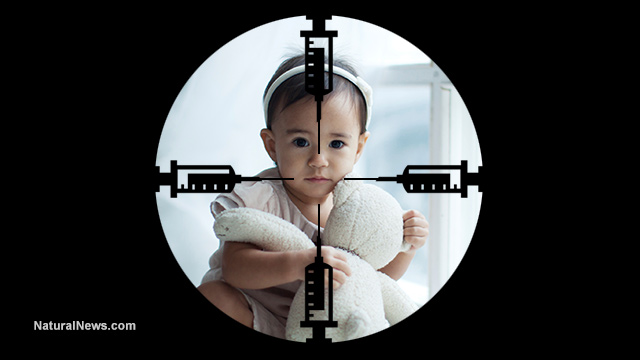 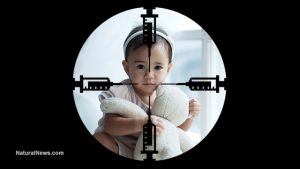 Hi, recently David Healy published his blog article Fake Science, Fake Religion or Fake What? which includes reference to vaccination, including the bizarre flu vaccine promotion at the Golden Globes. The article can be accessed via this link: https://davidhealy.org/fake-science-fake-religion-or-fake-what/

I’ve made the following response on David’s article…  (Are you aware of the Children’s Vaccine Initiative and the impact it’s had?  If not, you really need to critically read the document referred to in my response below…)

Recently I’ve come across the explanation for where we are now with the sinister imposition of more and more vaccine products. This is the ‘missing link’ that has been a revelation to me in understanding the current oppressive status quo of a rampant vaccine industry supported by academia, doctors, ‘regulators’, politicians, lobby groups, the journal industry and a biased mainstream media which refuses to critically analyse vaccination policy.

A presentation by Dr Suzanne Humphries alerted me to the Children’s Vaccine Initiative (CVI), particularly The CVI Strategic Plan – Managing Opportunity and Change: A Vision of Vaccination for the 21st Century, published in 1998 by the CVI’s co-sponsoring agencies i.e. the United Nations Children’s Fund (UNICEF), the United Nations Development Programme (UNDP), the World Bank, the World Health Organization (WHO) and the Rockefeller Foundation. You can access the pdf of this report via this link: http://apps.who.int/iris/handle/10665/64635

The CVI Strategic Plan is essential reading for anyone trying to understand the current hostile situation relevant to vaccination policy, with citizens who dare to question ever-increasing vaccine schedules and vaccine safety and effectiveness being reflexively labelled ‘anti-vaxxers’ and marginalised and shut down.

The CVI Strategic Plan is the blueprint for the manipulation of the entire international community by a coalition of organisations from the public, non-government and private sectors, apparently working in the best interests of the vaccine industry.

This is a massive international political scandal, with more and more governments moving towards mandating lucrative vaccine products, e.g. Australia, the United States and Italy, and actively denying citizens the right to question burgeoning vaccine schedules and coercive vaccination policy.

Suzanne Humphries summarises the situation in this video on facebook: https://www.facebook.com/HealthNutNews/videos/317815328766484/ (How long will we have the freedom to share this information on facebook, before faceless ‘panels of reviewers’ deem dissent about vaccines as ‘fake news’ and censor discussion?)

I’ve transcribed the Suzanne Humphries’ video from 0.32, see below:

In 1997 the World Health Organisation formulated a strategy which was put into a book called The Strategic Plan, which laid out a map to completely change the way people thought about vaccines.

The plan had key points, which were using the media to structure messages that shaped public opinion to co-opt or persuade key opinion people in all levels of society – medical, lay and entertainment, to get pro-vaccine spokespeople at every level conveying one message and one message only.

This plan emphasised private/public partnership and philanthropy, with the aim to make vaccines a core topic in society. Anyone who reads this book can clearly see that this was a plan which would result in what I would call a ‘slow cooking’ of human frogs from cold water, hopefully that we wouldn’t even notice what was happening, to get us all to a point where we could see nothing else other than the dogma.

Part of that plan came to fruition in a big way when Bill Gates stepped up to take his place in the World Health Organisation plan. People who are part of this plan are called stakeholders, not just by me, but it’s an acceptable term. Private stakeholders existed for the last 20 years but never more obviously than in 2015. The whole public face of vaccination has changed, and a large part of that change has been due to the involvement of private individuals.

In 2010, the Bill and Melinda Gates Foundation donated $10 Billion, with a ‘B’, to make 2010 to 2020 the Decade of Vaccines. The vaccine stakeholders have planted flags everywhere, with some startling results. In 2015 the focus in the United States was on making vaccines mandatory for all people, and they were successful in some places, making vaccines a lifestyle event for all people, from cradle to grave.

The World Health Organisation’s strategic plan was printed first in 1993, and then it was updated in 1997, and it morphed into the global immunisation vision and strategy which Bill Gates often makes reference to in his publicity, and you can see it right here in that last paragraph, the Global Alliance. Today we have a computer software billionaire, the pharmaceutical industry, academia, and the US Department of Homeland Security* and the World Health Organisation all speaking and working in unison towards the same goals.

These alliances should have anyone who listens and watches asking lots of questions because the goals are to restrict our health freedom, to censor what we read and can say, and remove our ability to choose what goes into our bodies.

(*Should this be US Department of Health and Human Services?)

Suzanne Humphries refers to the involvement of private individuals such as Bill Gates, who is exerting enormous influence over international vaccination policy via the Bill and Melinda Gates Foundation, as described in the report Philanthropic Power and Development: Who shapes the agenda?[1]

The Gates Foundation’s tentacles are spreading everywhere, even to funding the supposedly ‘independent’ and ‘unbiased’ Cochrane group.[2] And now Microsoft, of which Bill Gates remains a director and advisor on key development projects[3], has formed a strategic alliance with Walgreens to develop ‘new healthcare models’.[4] Walgreens promotes vaccine products too.[5] Who is examining Bill Gates’ conflicts of interest in influencing international vaccination policy and promoting vaccine products?

Again, the Children’s Vaccine Initiative Strategic Plan is the blueprint for the manipulation and exploitation of the global community with an ever-increasing load of vaccine products, without adequate transparency and accountability. The impact of this strategic plan must be examined in the current context, this is a massive international scandal that must be analysed and exposed.

1. Philanthropic Power and Development: Who shapes the agenda? https://www.brot-fuer-die-welt.de/fileadmin/mediapool/2_Downloads/Fachinformationen/Sonstiges/study_philanthropic_power_and_development.pdf