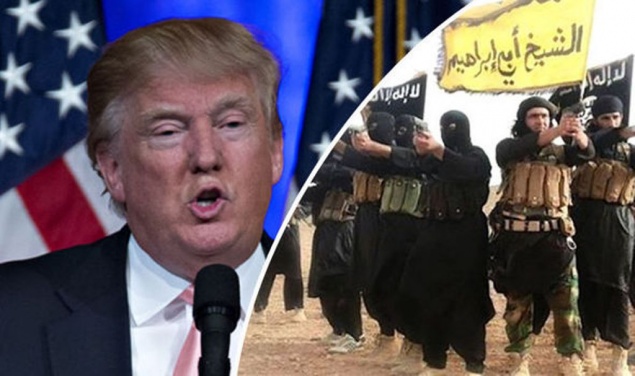 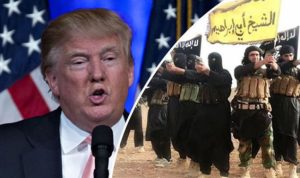 The Syrian War To Free Itself From The Evil US/Israel/NATO Criminal Cabal: More Updates On The Real Situation In Syria – My Assessment Of Latest Russian Cruise Missile Strike Against “ISIS”

I am continuing to watch the situation in Syria, and honestly I am most pleased by what I am seeing.. Basically, the fraud of ISIS is now on the run, and unless the US can find their excuses now for direct intervention into Syrian sovereign territory, the entire criminal cabal’s sick and twisted dream for the destruction of that peaceful and innocent nation will rightfully die!

Just the other day, I did indeed read the fantastic report about how the Russians launched a most successful Kalibr cruise missile strike against “ISIS” operatives just east of Palmyra… I want to present the article here from Russia Today right here for all to see for themselves, and I want to follow that up with my own assessment of this strike:

OK, From many other reports and even those reluctantly put out by the liars in the Jew spew media, this strike was absolutely 100% successful and did an enormous amount of damage to these US “ISIS” forces…And it is shocking considering that this damage was done by ONLY 4 Kalibr missiles in comparison to that miserable failure of an attack by the US using 59 Tomahawk cruise missiles against that Syrian storage facility depot earlier last month….AND we must not forget that the US strike was also a dismal failure as only some 23 or so of those 59 missiles actually “hit” their target!  Does this mean that Russian weapons are now far superior to US ones?  Well, when 4/4 Russian cruise missiles can wreck more havoc than 23/59 launched by the US, then what do you think?

Elsewhere in northern Syria, we have the report about how the good guys, the Syrian government forces (SAA) have launched a large scale assault on the fraud ISIS forces operating east of Aleppo and now have almost secured the key northern city of Maskanah.   I want to present the link to a Southfront website article at www.southfront.org, that covers this major breakthrough for the good guys here:

Well, with the fall of Maskanah, the next step for the SAA is to launch operations eastward towards the so called ISIS centre of Raqqa…. It will be interesting once Maskanah falls to see what will happen very shortly when the SAA does indeed come into full contact with the Kurdish/US forces operating around Raqqa… It could get very messy very shortly indeed….

Meanwhile in southern Syria, the SAA has now concentrated their efforts on clearing out the last vestiges of “rebels” and “terrorists” operating in the desert areas east of the capitol city of Damascus…  Here is the link here to that report also from the Southfront website:

All that anyone has to do is to look at a map of Syria itself and even one of the so called “war maps” to see the logic of the Syrian army advances.. They are moving now to push out the fraud US backed terrorists from being anywhere close to the major population centres in western Syria, and to bottle them up into some pockets east of Damascus and south of Palmyra in southern Syria…  If successful, then it will spell curtains for the US plans for a direct attack into Syria, as any such attack will be directly against both the Syrians and their Russian allies…..

It does appear though that the desperation of the US is now on the cusp of madness…For I have indeed read some of the reports about how the US has “warned” the Syrian government forces from further advances towards the Iraqi border… One such report is here, and read how the liars in the US government and Jew spew media are somehow trying to twist this to make it look like it is Syria’s fault:

OK, the reality here is that the US is in serious trouble and indeed is actually thinking about a direct war against both Syria and Russia to save their Syrian debacle… They have already illegally invaded southern Syria to set up these “bases” of operation for their fraud ‘terrorists” and “rebels” and have the gall to somehow try to stop the Syrian government from their rightful aim of taking back their own nation?  Does anyone else see the utter nerve and idiotic blatant hypocrisy here by the criminals in the US government?

I for one have always supported the operations by the Syrian people for their rights to have their own nation free from the tyranny of the US/Israel/NATO criminal cabal… It is essential that everyone gets the truth about this situation and how this is indeed a fight between the good of the Syrian people and the evil of the US and Israel… Therefore I will not stop in bringing more reports here to show the real truths about this situation and not the lies promoted by the Jew spew media… So stay tuned, for there definitely is