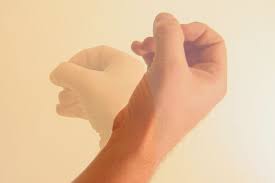 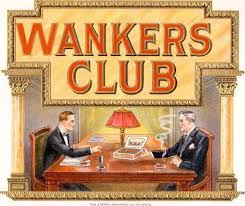 The Australian skeptics have been busy for years. Attacking nurses, midwives, doctors, chiropractors, naturopaths and homeopaths who just happened to publicly stand up for their right to oust their opinions.

An especially vile wing of the Down Under skeptics are the people involved with the blog Reasonable Hank. They have taken it upon themselves to make the healthy, pro choice Australian family their enemy. Posting pictures of mums and dads who just happen to say what they think about vaccinations. Posting pictures which they get from Facebook and using them in their blogs. Showing happy families and calling them all kinds of names.

Over the years Hank the Wank has made many enemies in the pro choice community by writing little blogs about people. He has attacked families that have vaccine injured children or parents and has leaked information to the press.

They have rigorously attacked the AVN (Australian Vaccine Skeptics Network) founder Meryl Dorey over the years. Setting up websites in her name, making stupid online videos and just writing blatant lies about her.  Below here you can see a group of the skeptics making fun of Meryl. Most of these faces are the ones thought to be behind the Reasonable Hank page. Peter Bowditch, Peter Tierney and Ken McLeod to name a few. https://reasonablehank.com/

They have gone after me personally and have put pictures of my wife and children on his blog. He has attacked friends of mine and all because we like to have a choice in regards to vaccine. We stand for our right to freedom of speech and we say what we want regarding this topic. It doesn’t matter how many times politicians and trolls tell us that there is no debate. The fact that they have to tell us that shows the contrary.

We have made a choice to stick our necks out. Although all we have done is start a Facebook page or post some memes that the pharmaceutical companies see as a threat. They attack midwives, chiropractors, naturopaths, registered nurses and homeopaths that post on Facebook to be wary of vaccines and do research. They do calls for action to the governing bodies and try to get these people discredited. Their game play is dirty. It’s to scare people in to submission. Scare people in medical professions to keep quiet because they will make your life hell. Sometimes it works and good people are silenced. Fortunately there are still many professionals that do stand up for their rights and won’t be silenced.

But Hank the Wank has been slowly losing ground. Their posts haven’t been able to scare people as much. People that they mentioned in his blogs have not crawled back in their holes as Wank would have liked. People are fighting back. We are fighting back. Fighting for our basic rights. Basic human rights. Freedom of speech, freedom of medical treatment and freedom of choice to name a few. Freedoms we should all cherish and fight for.

The Reasonable Hank blog has been used by mainstream media outlets and stories have been written around Hank’s posts. People have endured stress and discomfort due to his lies and stories just blindly taken over by newspapers and TV programs. It shows how the skeptics are closely affiliated with the media and have many close friends or even members in high ranking roles in the mainstream media in Australia. 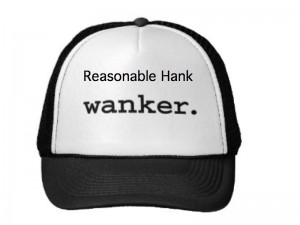 But now Wank has taken his trolling to a whole new level. In his latest post they attacked a Victorian midwife organisation. They post pictures of the women running the business and screenshots of their pro choice and natural health posts. They ask people to complain about their “misconduct” and post the link. Tell them what to use and try and work them out of business. However this time they went a step further. They posted pictures of their clients. Their clients in their most intimate moments. Right after delivering a baby. Posting screenshots of pictures and testimonials of these clients. Making them part of their war on natural remedies by association. None of these posts mention vaccines. Non of these people have done anything to be called out in hate mongering blogs like this. All these people ever did was have a baby with a midwife service involved. They liked their service and wrote a testimonial. Wank has no right to post pictures of these people on his blog. Even if the pictures are public property on Facebook. Even if the testimonials might be illegal as they say in their blog.

The fact that Hank the Wank has lowered himself to attacking people that have done absolutely nothing wrong. Except use a service that they might think is wrong. The fact that they reckon this warrants them to post their intimate and private pictures of childbirth on their blog is despicable. It shows what a disgraceful bunch of people they are.

And if we are going to call people out by association then we must not forget that all skeptics are most likely pedophiles and child molesters. As they for years followed their American leader James Randi. The Australian skeptics have even flown this kiddy fiddler out to speak at their congress. That’s what is behind the Reasonable Hank page. An unreasonable, family attacking, trolling pedophile group of wankers.

Stay tuned for his next post…. Probably one about me….

4 thoughts on “The Unreasonable Wankers behind Reasonable Hank”