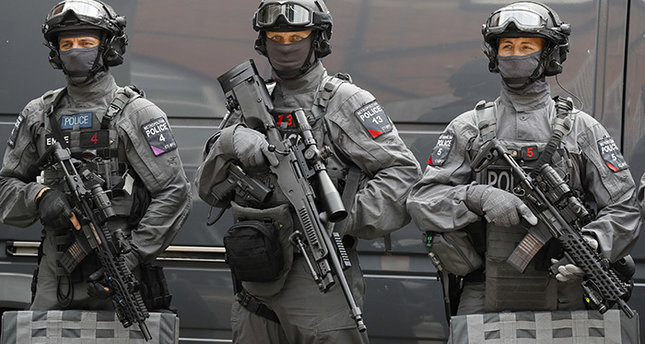 ‘Theresa May has announced the terror threat level in the UK is being raised to “critical” and soldiers will now be deployed on the streets to protect key sites, in a significant escalation of the policing response following the Manchester attack.

It is the first time in 10 years the feared threat of a terror attack has reached its highest level and means some 5,000 troops could be deployed to support police, including at concerts and sporting events.

The Prime Minister said police in Manchester were working to establish whether arena bomber Salman Abedi, 22, was working alone when he killed 22 people and injured 59 others in a suicide explosion on Monday night.

However, she added: “The work undertaken throughout the day has revealed that it is a possibility that we cannot ignore, that there is a wider group of individuals linked to this attack.”

The threat level has been raised “for the time being”, meaning “a further attack may be imminent”, she said. 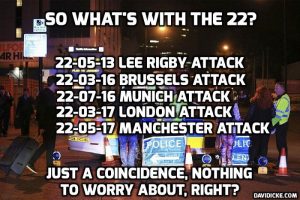 Manchester England Suicide Bombing is a Fake and a Hoax