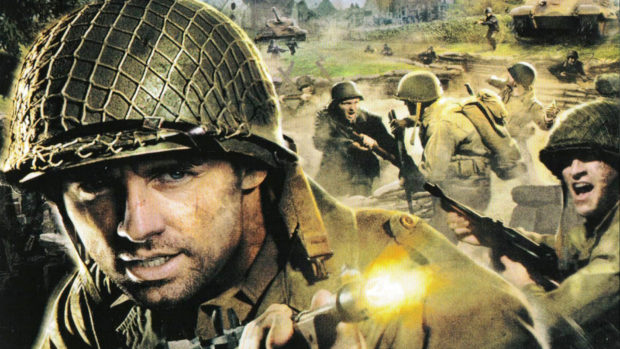 DID A HACKER AND FRIEND OF JULIAN ASSANGE SPILL THE BEANS TWO YEARS AGO? THERE ARE NO WARS – JUST DEFENSE CONTRACTOR AND PENTAGON GENERAL THEATRICAL SHOWS?

Did the entire MSM miss these incredible admissions?

I discuss some question in down town Kuala Lumpur.

1) Are “The Generals” and their defense contractor buddies taking us all for a ride? At a time of a much needed economic stimulus package, the “new/old Goldstien”, Iran, is getting “The Treatment”. North Korea and China wait in the wings as a American and Israeli defense contractor Goldstien backup – but it looks like Iran will be the number one boy for a while.

2) Trump has announced a $70 billion increase in defense spending. This is what you do when your economy is lagging. Increase “tax payer socialism” for the American high technology defense contractor’s. Reagan did it in the 80’s with his “Star Wars” program to get the US economy out of the ditch. But how many wars and how many dead will it take along the way?

3) Are the Iranian, Israeli, Chinese and American Generals and their vast Military Industrial fiefdoms out of control and above the politicians heads? Are they meeting with the Bilderbergers in submarines under the Arctic ice to count their hidden Swiss bank account levels? Is the dialogue like this…“Hey! General Wang! I am retiring next year to the board of Lockheed. They need some new contracts. American tax payers apparently want clean lead free water and their children educated and are stealing our precious tax payers dollars. Could you build a few islands out in the south Pacific, rattle the sabres a little? I’m all out of Chivas Regal and Australian King Tiger Prawns.”

Is it really this crassly corrupt and in your face? Yes.

We annually spend on military security more than the net income of all United States corporations.

This conjunction of an immense military establishment and a large arms industry is new in the American experience. The total influence — economic, political, even spiritual — is felt in every city, every State house, every office of the Federal government.

We recognize the imperative need for this development. Yet we must not fail to comprehend its grave implications. Our toil, resources and livelihood are all involved; so is the very structure of our society.
In the councils of government, we must guard against the acquisition of unwarranted influence, whether sought or unsought, by the military industrial complex. The potential for the disastrous rise of misplaced power exists and will persist.

We must never let the weight of this combination endanger our liberties or democratic processes. We should take nothing for granted.

Only an alert and knowledgeable citizenry can compel the proper meshing of the huge industrial and military machinery of defense with our peaceful methods and goals, so that security and liberty may prosper together.

Is there an organization, so clever, so concealed, so ingrained, it rises above politicians and the surface mish mash of public life? Slithering beneath the surface like a snake. Based in the European banking houses of Switzerland and Frankfurt and the City Of London? Owning Generals and the boards of defense contractors? Running Military Intelligence hit squads, child kidnapping and sex rings. Is Israel their military bunker? Police headquarters from which they surveille and send out Yeshiva Military Academy graduate kill squads?

DID A FORMER HACKER SPILL THE BEANS TWO YEARS AGO AND EVERYONE MISS IT?

“MUDGE” is a former adolescent hacker and friend of Julian Assange. When he grew up, he sold out and went to work for DARPA. He redeems himself with a presentation at DEFCON (hacker conventions) where he states there is no incentive for defense contractors to fix security issues. He “infers” defense contractors are deliberately giving their high technology products to countries like Iran and China so they can beg for another defense contract to create the “next level” of technology the “official enemy” has just stolen – been “given”.

He points out that Lockheed’s latest high technology drone was most likely handed to the Iranian elite Cyber Warfare division after their RSA encryption was compromised and they did not bother fixing it – on purpose. Now Lockheed gets a new contract to make the next level high technology product as Iran builds it’s own version of the “stealth drone”.

Engineers with the Iranian military are admitting to the Christian Science Monitor that the dramatic disappearance of a multi-million dollar stealth drone aircraft suffered by the United States two weeks ago was indeed a result of their own doing, claiming now that they managed to hijack the system inside the craft with ease and bring it to a safe landing without incident.

Now that Iran has “officially” been given a high technology “stealth drone” – which you cant detect in any ordinary way. The “powers that be” (Israel) can drop a bomb, anywhere, anytime, on anything and say Iran did it with their “Super Secret Drone Technology” that was handed to them by…the usual suspects.

Here is a transcript of “MUDGE” and his relevant point.

TRANSCRIPT OF VIDEO SEGMENT
[20:50 minutes in]

I was having dinner with an old friend and his company goes in and cleans up after APPT, you know, big well known names get compromised, particularly whether they’re government contractors or commercial organizations.

And he posed a really interesting hypothetical, coz we were just shooting the crap back and forth. And he said, “Hey! What do you think about the following chain of events?” First, RSA gets compromise. Networks defended by their tools are vulnerable and as a result a defense contractor gets compromised.

Said defense contractor, if you look up on Wikipedia is the one that made this really cool Stealth Drone. Later, a really cool Stealth Drone goes missing over in a Middle Easter State. What do you think about that chain of events?” I’m like, “That’s terrifying for an entirely different reason!” Look at it this way – that’s a hypothetical – and their are a whole bunch of rumors about what had happened. But lets assume that you as a country, or a large organization, that your advantage is technology. You can field the fastest and the best technology so you’re ahead of everybody. That’s your advantage. Newest and most advanced toys.

Someone steals some of your tech. What do you have to do? You have to replace it with newer tech. Right? You gotta keep your advantage.

So suppose a government contractor gets some of its super tech stolen, whats their government customer actually need to do? Well the government in that case – and this is all a ‘game theory’ hypothetical –  need to pay someone to make the next version so the people that just stole it don’t achieve parity. So that they’re not even. They could go to some other government contractor, coz, the one in question just lost everything. But they actually most likely wont. And um, here’s probably why. The initial contract for very expensive research efforts can take a long time to put in place. You’re talking over a year. Sometimes longer than…you know…sometimes you measure it in years rather than months.

Now as part of the coolness of CFT you’re measuring that in days, um…imagine if you’re under something like…sequestration is what we’re under now, it can take even longer. So, if a government agency wanted to start a new program to replace tech…so that’s essentially starting the same program to do the same thing that you were already paying someone to do.

So why wouldn’t you just go back to the people that you already have a relationship with, already have a contract with, they already know what they lost, maybe you know what they lost and stuff and you can tell them because they’re your customer, so you just pay them to give you the next thing. Remember, they’re not financially incentivised to fix how they were actually compromised in the first place or clean it up.

It may be that we are being hoodwinked – completely. “The Generals” really run things. They have the guns, the direct control of surveillance, equipment and professional killers via their Military Intelligence arms.

Maybe the Iranian, Israeli, Chinese and American Generals are all in this together? Maybe they work with each other? Occasionally they fall out? Maybe they have just set up Iran for a major fall?

What do you think?

Leave your comments below.