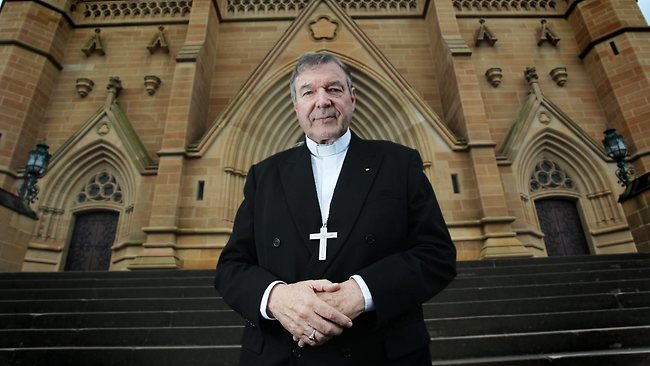 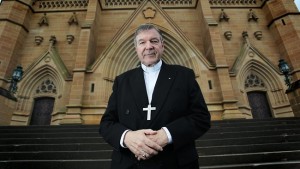 Federal Attorney-General Senator George Brandis QC secretly met with known paedophile protector and alleged paedophile Cardinal George Pell in May this year. It was only reported on Monday (20/7/15) because Brandis has spent the last 3 months trying to conceal it.

It is almost identical to Tony Abbott lying in an interview in 2004 on the ABC’s 7.30 Report about a secret meeting he had with George Pell before the 2004 Federal Election.

George Brandis should have never been anywhere near George Pell for many reasons. Not the least of which is that Pell is a sick and perverted person and a key witness at the $500 million Royal Commission into Institutional Responses to Child Sexual Abuse.

It causes major headaches for a lot of people including Prime Minister Tony Abbott who is also a long-time friend of Cardinal Pell. I find it impossible to believe that George Brandis would have met with Cardinal Pell without Tony Abbott’s knowledge and approval. Be that as it may, Prime Minister Abbott certainly knows about the meeting now and has said nothing which also suggests he has known for a long time.

The problem will not be going away as many sexual abuse victims are very upset about it and George Pell is due to give evidence at the Royal Commission again sometime before Christmas. It is guaranteed that Pell will be asked about the May meeting with Brandis when he is next at the Royal Commission and that will raise further questions for Brandis and Tony Abbott.