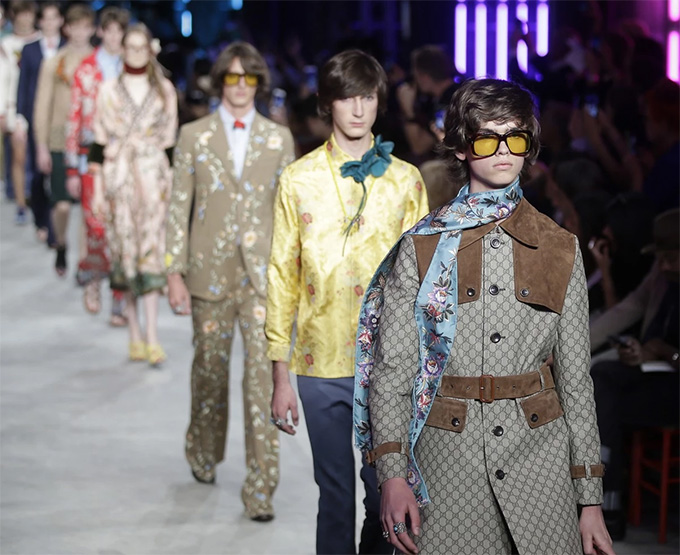 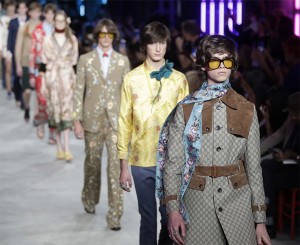 Menswear designers are on a mission to eradicate it. Some are going full bore, wielding lace shirts and floppy, grandma blouses like cultural grenades. Others are taking a stealth approach, quietly chiseling away the boundaries between masculinity and femininity through non-traditional retail, models and silhouettes.

Overwhelmingly, it is menswear designers, from London to New York, who are on this rampage. Spurred on by men’s heightened interest in fashion and shifts in social mores, they are flexing their creative muscles, taking risks and challenging their customers to think beyond pastel suits, leggings and a pair of skinny trousers cropped to the ankle.

The spring 2016 menswear season began last month in London with men in loosely pleated trousers, floral prints and lace shirts. When the pack of retailers and editors moved on to Milan, they were greeted even more emphatically with lace and the addition of lounging robes. By the time Paris designers unveiled their wares, the catwalks were covered in oversize, flower-embroidered cardigans.

And when New York hosts its first men’s fashion season in recent memory next week, one can only expect more of the same. The over-arching message: Gender is a mood, a metaphor, an anachronism.

Tim Coppens will be one of several dozen relative newcomers presenting their work in New York. Belgian born, he began his career working for Ralph Lauren and Adidas.