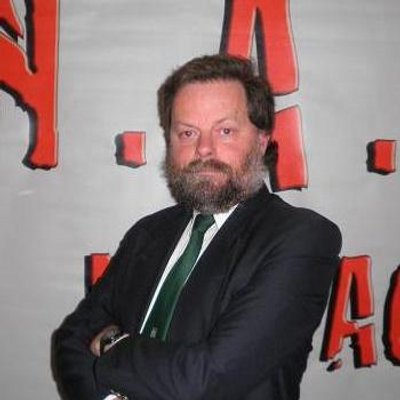 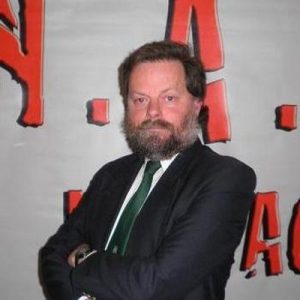 Philip Gluyas Is Proud of His Disgusting AV List

Important Information For Any Individuals On The AV Hate List & Please Do Take A Copy Of The List To The Police & Local Court House. If You Have The Funds Then Please Consider Contacting A Lawyer To See What Action You May Be Able To Take Against Gluyas. The Full List Can Be Found On Philip Gluyas’s Blog, All About Anti-Vaxxers;

In Australia, you can’t make a public list with pedophiles, but this cretin has made a public list of people who have a different view on medical choices to his own. He says he is listing us “in preparation for a direct police report should they cross the line from expressing an opinion to bullying – or do something else that warrants action.” WELL I say, HIS actions warrant police reports.

An application for an Apprehended Violence Order (AVO) can be made in two ways:

There is no cost for applying for an AVO.

You may make a private application for an AVO.

Apprehended Personal Violence Orders (APVOs) are more likely to be made as a private application.

You can make a private application if you wish to represent yourself or if the police will not make an application on your behalf.

Before you contact the Local Court about making an application for an AVO, you should consider your reasons for wanting an AVO carefully. If you make an application and you lose in court, you may be ordered to pay the defendant’s costs. For more information about costs, see Costs in Apprehended Violence Order cases.

It is an offense to make a false or misleading statement to a magistrate or registrar when applying for an APVO.

If you don’t know whether you should make an application for an AVO, you should get legal advice.

Before applying for an AVO, you should consider whether you can prove that you need an AVO.

Cyber Bully & Lowlife Troll, Philip Gluyas Has Posted An Anti-Vaxxer List On His Hate Blog, All About Anti-Vaxxers. There Are Over 100 People In Australia Who Have Been Named On The AV List Along With Many Others, Including Folks In The US. This Disgusting Pervert Has systematically & Methodically Listed Good People In The Health freedom Movement Without Their Knowledge Or Consent. This is An Incredibly Low Act & Many Of Those Who Have Been Listed, Including, Myself Are Only Trying To Protect Our Health Freedoms & God Given Rights To Informed Consent. 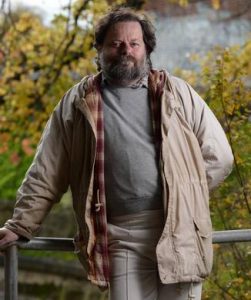 Gluyas Has Listed Honest & Hardworking Individuals Who Love Their Children So Much That They Are Simply Not Prepared To Take The Risk In Vaccinating them. This Has Come About Through Rigorous & Extensive Personal research & I Myself Have Spent Nearly 20 Years Doing Just That. To Be Smeared On Some Nasty & Vindictive Hate List Like A Pedophile Is Unforgivable & Shows Very Clearly How Despicable These Troll Predators Really Are.

Here Is A Sample Of What, Gluyas Says About People In The Health Freedom Movement & I Honestly Think This Man Is A Sociopath. To Call Families, Trolls & Child neglecters Defies Belief

This is a list of social media trolls who are rabidly anti vaccine and in my opinion should be called out as child neglectors or inciting said child neglect (primarily the latter). This list comes in four parts – the first part lists the Australians who I am listing here in preparation for a direct police report should they cross the line from expressing an opinion to bullying – or do something else that warrants action. The second part are the Americans and the third part is everyone else who may cop a similar report, but it will be harder to achieve over country borders unless someone within that country is able to assist. The fourth part lists those who I haven’t located IRL yet. This page will be progressively updated. Within the parts this is in alphabetical order by first name including pages (which will also be separated).

AUSTRALIAN List Here: https://allaboutantivaxxers.wordpress.com/av-name-check/
Adam George Crabb · North Curl Curl, New South Wales* We Can See Here That Gluyas Has Listed My Name & Suburb With A Mark Next To My Name, This Means They Have My Actual Address. The Suburb Named Here Is Mine But Not The House That I Own.

This Cowardly Troll Has The Audacity To Mention Police reports For Those Who Cross The Line, Is He Delusional, Are You Kidding Me? Personally, I Could Not Care Less & View These Serial Stalkers As A Bunch Of Gutless, Spineless Cowards Who Seem To Get Sexually Aroused By Stalking Members Of The Public. Legal Investigations Are Moving Forward With Many People On The AV List Filing AVO”S To The Police Along With Legal Action Being Built. I Am Unable To Go Into The Legal Side But Will Use All My Power, Contacts & Output To Make Sure That This Man Gets Fully Exposed For The Coward That He Is & The List Taken Down. I Do Feel Sorry For All The People Who Have Been Named On This List & The True Purpose Of It Is To Name & Shame Individuals Who Simply Choose Not To vaccinate Themselves Or Their Children. 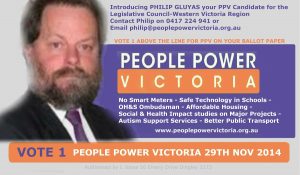 It Is A Sick Joke To Think That Gluyas Was A PPV Candidate For The Legislative Council-Western Victoria Region.

I came across this chap when I was browsing Antony Green’s Victorian election blog – interesting fellow it seems. He brought an action against the Victorian Human Rights & Equal Opportunity Commission back in 2000, which was dismissed by Ryan J in the Federal Court. A couple of interesting things in the decision though:

I didn’t know just what I was capable of when pushed. On January 28, 1999, I committed an offence under the criminal code when I was pushed too far by the third party …and I lashed out physically for the first time in my life. I hold all three parties responsible for putting me into the frame of mind I was in, and the fall out continues because all three have got away with what they’ve done to me. Until now, I hope. It is essential that I get some form of justice in this, otherwise three things remain unresolved in my life.

a. I will never be able to hold down a full time job.

b. I will never have a guarantee that I won’t lash out again when provoked.

c. I will never have a guarantee of protection from the Human Rights & Equal Opportunity Commission or the law in general.

The decision of the Administrative Appeals Tribunal (under review, which was the decision in respect of which Mr Gluyas appealed to the Federal Court) noted:

There is no doubt that [Mr Gluyas’] behaviour on 4 September 1990 amounted to misconduct and that the stress reaction was the result of that misconduct. When he gave his evidence, it was clear that he had a quite unrealistic idea of what his obligations to his employer were. He appeared not to realize that his employer is entitled to have him do his work in accordance with its requirement and that a proper way of his employer informing him of its requirements is through more senior officers giving him instructions and advice. He appeared also not to realize that his employer is entitled to require its employees to work in harmony with one another and that, in spite of his personality problem, he has an obligation to his employer to make every effort to work harmoniously with other staff. In giving evidence he said that he placed his interests above those of the respondent. Generally, he appears over the years of his employment by the respondent not to have taken seriously his obligations to his employer. He has not conducted himself in a manner appropriate to an employee at his level in the organization; often he has refused to respond appropriately to the advice, assistance and indeed the instructions of those supervising him.
Click to expand…

It Has Now Become Very Clear To Many Fantastic people In The Australian Health Freedom Movement That We Are Now Dealing With Groups Of Troll Thugs Who Represent & Protect The Pharmaceutical Industry. What Are We Looking At Here? A Criminal Conspiracy & A Nasty Trolling Network That Stretches Like Cancer Across The Globe, Please read.  Internet Trolls May be Trained Government Agents According to Leaked Document To Get A Better Idea Of Whats Going On. I really Don’t Care If Gluyas Is A Lone Wolf Or What Conditions He Suffers From, This Horrid Man Has Gone Too Far & Needs To Be Fully Exposed.

It Is Very Interesting To Note How Many People In The health Freedom Movement Are Scared To Come Forward & Speak Out About The Abuse They Have Suffered. The Climate Of fear & Intimidation Has Now Given Birth To Massive Change In Australia & A Pandoras Box Has Been Opened Here, Big Time.

It’s Incredibly Sad To See How The Gutless Australian Media Have Intensionally Used A System Of Lies, Propaganda, Nonsense & fear Mongering To Shape The Minds Of The Australian Public. The Term, Anti-Vaxxer Is Now Used To Vilify & Discriminate Against People Who Won’t vaccinate & Families Are Being treated Like Criminals, Why?  For All Our Followers, Philip Gluyas, Who Is Responsible For The Nasty AV List Can Be Contacted Here: https://twitter.com/PhilipGluyas?lang=en Here: https://www.facebook.com/profile.php?id=100011353366301&fref=ts

Tell Him what You Think Of Troll Cyber Bullies & A Vaccine Justice Group Has Also Been Set Up Here For Anyone Who Finds Themselves On His Hate List. Please, Understand, This List Incites Violence Against Those On It & What The List Is really Implying To Other Pro-Vaxxer Thugs Is, Go Get Them. This Is Unacceptable Behaviour & Naming-Shaming People Just Because They Choose Not To Poison Their Children with Toxic, Untested & Potentially deadly Vaccines Is Outrageous. I View, Gluyas As A Dangerous Criminal & Believe He Should Be Treated accordingly. We Will Push As Hard As Possible To Get This Horrid List Removed From The Internet & The Full List Can Be Found Here

Please Take Some Time To Go Over These Links In Order To Catch Up With what’s Really Going On Behind The Mask. I Have Been Involved With The Health freedom Movement For A Long Time & Every Single Person I Have Met Have Been Outstanding & Open hearted Individuals.

Health Minister Hennessy Incites Hate Again – Did she go too far this time and attempt a cover up?

The vitamin lie Dr. Brad McKay wants you to swallow

Why Richard Di Natale and the Greens are dangerous