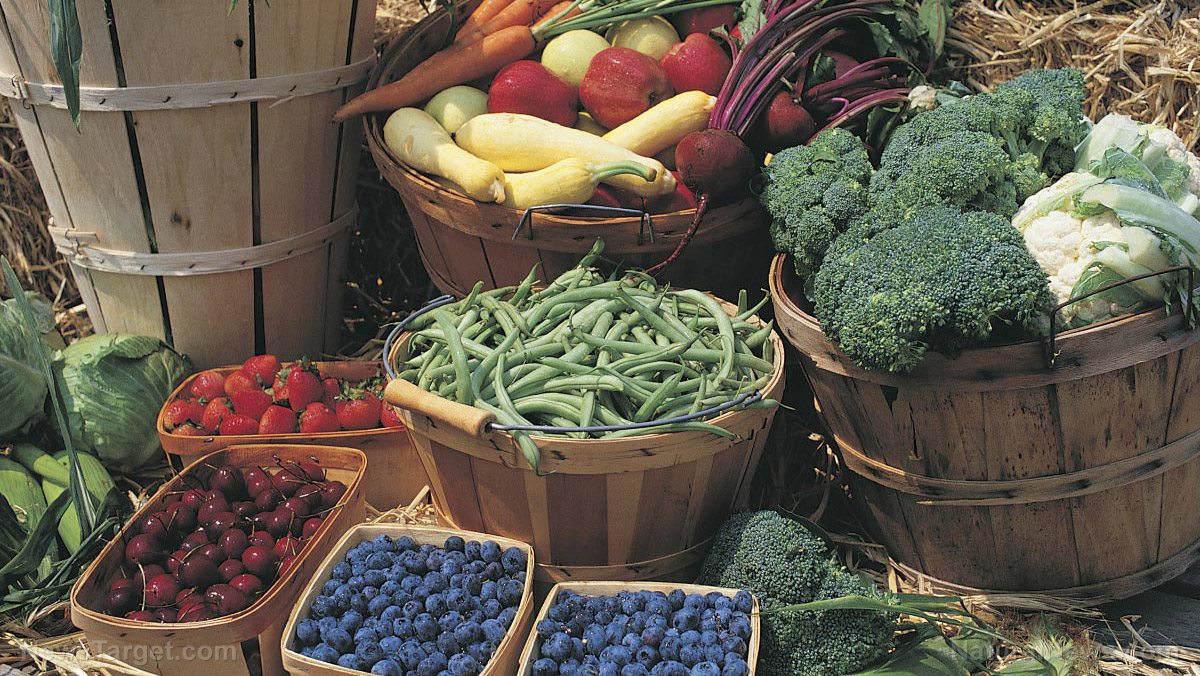 (Natural News) The Trump administration is truly reforming America one program at a time with innovative, “genius” ideas that benefit everyone. Trump’s latest innovation? The USDA “Harvest Box” idea. Here’s how it works:

Under the “Harvest Box” program, food stamp recipients who are currently spending their government SNAP money would receive halfof that credit in fresh food items that are grown in America and delivered to their door. This cuts out the retailers, transaction fees and other inefficiencies of the SNAP program, bringing fresh, healthful foods straight to the people who need it most (while saving the taxpayers money at the same time). The other half of the food stamp credits would continue to appear on recipients’ EBT cards, to be used under their own discretion (as is the current arrangement).

This program would achieve numerous positive benefits for America. First, the program brings people real, fresh food that can improve health and even help prevent chronic disease. Secondly, it supports America’s farmers by choosing USA-grown food. Thirdly, it cuts out the retailers and banks that currently siphon billions of dollars a year out of the SNAP program.

Sadly, Leftists are already attacking this brilliant solution solely because it came from the Trump administration

Because so many people in America today have been brainwashed to hate President Trump, they automatically (and irrationally) hate everything they think he proposes. But when the exact same program is described as something from Michelle Obama, Bernie Sanders or even Hillary Clinton, most left-leaning people suddenly love the idea.

The “Harvest Box” program is, indeed, a truly brilliant idea put forth by the Trump administration. It would be run by the U.S. Department of Agriculture (USDA) and has been dubbed a “blue apron” program. USDA Budget Director Mick Mulvaney had this to say about the program:

USDA America’s Harvest Box is a bold, innovative approach to providing nutritious food to people who need assistance feeding themselves and their families — and all of it is homegrown by American farmers and producers. It maintains the same level of food value as SNAP [Supplemental Nutrition Assistance Program] participants currently receive, provides states flexibility in administering the program, and is responsible to the taxpayers.

Fox 8 of Cleveland describes the program as follows:

Instead of receiving all their food stamp funds, households would get a box of food that the government describes as nutritious and 100% grown and produced in the U.S. The so-called USDA America’s Harvest Box would contain items such as shelf-stable milk, juice, grains, cereals, pasta, peanut butter, beans, canned meat, poultry or fish, and canned fruits and vegetables. The box would be valued at about half of the SNAP recipient’s monthly benefit. The remainder of their benefits would be given to them on electronic benefit cards, as before.

Because the idea was promoted by the Trump administration, it was of course immediately attacked by brainwashed, hate-filled Leftists who are now so filled with seething anger, they can’t even think straight. Remember, left-wing people automatically hate everything they think came from Trump, regardless of the merits of the program.

“It’s a risky scheme that threatens families’ ability to put food on the table,” said Stacy Dean, vice president for food assistance policy at the left-leaning Center on Budget and Policy Priorities.

How, exactly, is delivering fresh food to America’s poorest families a “risky scheme?” It isn’t. But that’s how it’s being described by Leftists because they hate the idea of any Trump program actually working (in the same way they hated Trump’s amazingly successful tax cuts that are already spurring business expansion and increased take-home paychecks all across the country).

Remember: Liberals automatically hate everything that Trump proposes, even if it’s a brilliant idea like the USDA Harvest Box program.

I think the Harvest Box program is fantastic, regardless of who came up with it

I love the idea of bringing fresh, American-grown food straight to the people who need it most. Don’t you know the EBT program is riddled with abuse and fraud? Many people trade EBT credits for crack, heroin or sex. EBT cards (food stamp cards) have become a kind of “barter system” of widespread fraud, all across America. Via Natural News:

Arizona authorities have broken up a massive food stamp fraud ring in Phoenix and seized almost $700,000 in cash. K&S convenience store workers Kameel Sweiss, Ameer Sweiss, and Faday Sweiss were arrested on Wednesday on charges of suspicion of illegally conducting an enterprise, fraudulent schemes and artifices, money laundering, unlawful use of food stamps, and computer tampering. “People were essentially selling their cards to [the] store,” said spokesperson Stephanie Grisham.

That’s why we need a better system that actually brings people FOOD, not financial credits. After all, if the idea of the food stamp program is to bring people food, then why not just bring them food? Doh!

Only a moron could hate the idea of a food stamp program that brings people real food. Wasn’t the entire purpose of the program to make sure people don’t starve to death in America?

An even better idea, of course, would be to teach people how to grow their own food in local gardens. And the best idea of all would be to require food stamp recipients to attend home-grown gardening classes so they can learn a skill, gain some self-reliance and one day have the ability to at least augment their food supply with home-grown foods.

Influential Democrats, of course, HATE those ideas because they teach self-reliance rather than lifelong government dependence. To left-wing Big Government zealots, they want the masses to remain impoverished, ignorant and utterly helpless, making them easy prey for being “rescued” with left-leaning welfare handouts and government dependence.

That’s why Leftists hate the idea of the USDA bringing Americans actual food.

The only thing worse than that is allowing American workers to keep more of the money they’ve earned… (the horrors!)