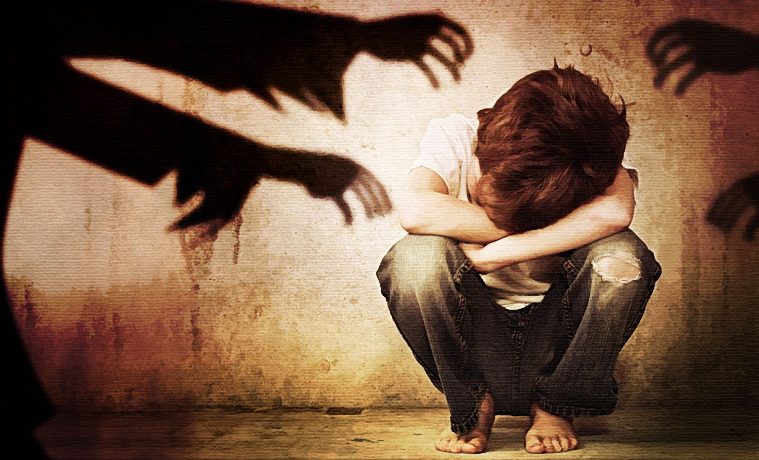 Catholic churches all around the world have been accused of sex scandals, including the Vatican, which has allegedly paid an astonishing $4 billion since 1950 to settle sexual abuse claims. Far too often these stories involve priests taking advantage of their positions of authority in order to sexually abuse people, often children.

More recently, the UK government and the Catholic church have come under public scrutiny for claiming that victims of child sexual abuse “consented” to their rapes in order to avoid compensating the victims.

The Criminal Injuries Compensation Authority (CICA) establishes which victims get compensated, and they do so by determining whether or not the victim gave consent, even if the victim is a child well under the legal age limit.

The Telegraph reported last month that, according to CICA, “A victim can consent in fact even though in law they may be deemed not to have consented.” That’s right, this government loophole can be used to claim that even though a child may be under the legal age limit, they can still provide consent.

To give you a better picture of how this works, one case that was explained by the charity Victim Support involved a 12-year-old girl who was led into the woods and sexually assaulted by a 21-year-old man while she was intoxicated.

Interestingly enough, despite the fact that the man pled guilty to having sex with a minor, she still wasn’t compensated because she allegedly “gave consent” by “voluntarily” going into the woods with him.

“No child ever gives their ‘consent’ to being abused, and the increased use of this line of defence, although still quite rare, is worrying,” said Anne Longfield, the Children’s Commissioner for England. “I have contacted the Ministry of Justice previously and again recently about this issue and the Government should look urgently at what can be done to tackle it.”

A Freedom of Information Act request introduced by Victim Support indicated that since this loophole came into fruition in 2012, a total of 693 cases in which child sexual abuse victims came forward were denied compensation by the CICA. Though many of these cases involved children who were 16, some of the victims were much younger.

So, Where Does the Catholic Church Fit Into This?

As it turns out, this loophole most often benefits private schools, religious groups, and the local authorities. For example, lawyers for the Catholic Archdiocese of Southwark explained to one of the sexual abuse victims that his rape “actually occurred in the context of a consensual relationship (albeit one the Claimant in retrospect now appears to regret).”

Although this particular case was actually settled to the tune of £80,000, the victim stated that the defence was both insulting and highlighted the fact that he was below the legal age of consent. There’s a legal age limit for a reason, and it’s strange that this law is being bent through the use of another law.

Dino Nocivelli, a specialist child abuse solicitor at Bolt Burdon, explained on Kent Live: “It is time for the church to practise what they preach and to admit their failings, to take account of the damage this has caused to the lives of far too many children and lastly to apologise for the abuse.”

An important question we need to start asking ourselves and the government is: Why are people in authority positions let off the hook for violent crimes? Sexual abuse and rape are not crimes that should go ignored, yet time and time again, higher-ups and government officials are excused from the law.

To name a few examples, we have the Jeffrey Epstein case, in which he was accused of recruiting and forcing dozens of children into an underground network of sex slaves, who served many of the elite members of society, including former American President Bill Clinton.

Former U.S. representative Cynthia McKinney also knew about the government’s relationship to human trafficking, and she actually addressed it in 2005. She grilled Donald Rumsfeld on military contractor DynCorp’s child trafficking business of selling women and children.

Ted Gunderson, former FBI special agent and head of their L.A. office, worked to uncover years’ worth of information on high-level pedophilia, sexual abuse, and satanic rituals performed by the government and the elite (or the cabal). In my opinion, Ted Gunderson is a wonderful place to start your research on this subject. You can read more about that in our CE article here.

Although these examples are outside of the UK, they still speak to how the government provides special treatment when it comes to crimes committed by those in higher social classes.

Time and time again, the government allows perpetrators of sexual violence to go unpunished. If we’re not willing to face these issues, regardless of who the perpetrator is, then how will we fix this clear issue within society? Sexual violence is never okay, and we should not be blaming the victims for crimes they were not responsible for.

We need to start treating everyone as equal and extend more compassion to others; only then will we be able to not only improve our judiciary system, but hopefully prevent these crimes from occurring in the first place.