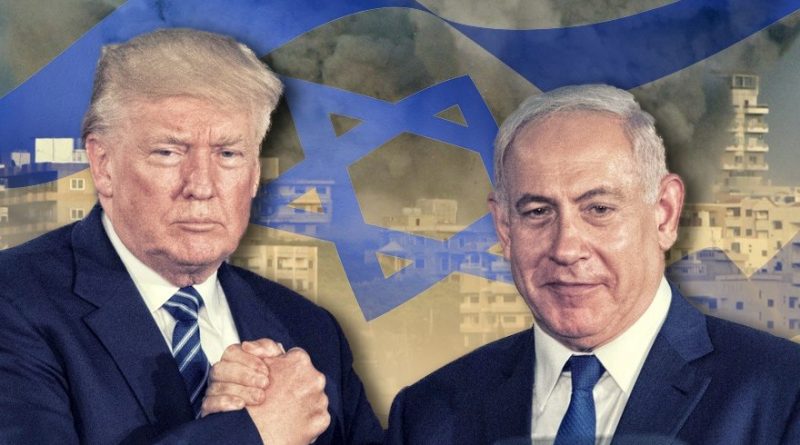 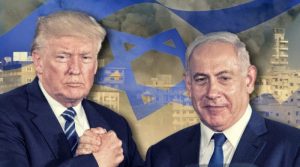 Many interested parties have already weighed in on President Donald Trump’s “Deal of the Century.” Even though it sounds like a phrase that a used car dealer would use, the “Deal” is dead serious in that it effectively denies to the Palestinians in perpetuum any political entity that has attributes of genuine sovereignty. Israel, which has just postponed a vote to immediately annex some of its illegal settlements on the West Bank with the blessing of the White House, will completely surround the fragmented Palestinian holdings by virtue of the annexation of the entire Jordan River Valley. It is the Zionist dream of a Greater “Eretz” Israel from the Jordan River to the Mediterranean Sea finally achieved. The empty shell swiss-cheese-like completely disarmed state of Palestine will have no authority over its borders and airspace, no means to defend itself and no right to manage its own water resources.

Within the territory granted to Palestinians by Trump there will remain Israeli settler enclaves guarded by soldiers and police. Israel will have total control over the entire West Bank. Millions of Palestinians under its control will de facto be stateless people without basic civil rights whose land will be stolen by settlers. They will be unable to travel even within their “state,” forced to pass through checkpoints, arrested and imprisoned for speech harming “public order” and jailed through indefinite “administrative detentions” without any charges or trial.

Gaza will be completely disarmed and connected to the West Bank by a tunnel controlled by Israel. Presumably, the Mediterranean will continue to be a restricted area for Gazan fishermen, patrolled by the Israeli navy with the offshore oil and gas reserves exploited by Israeli companies. In return for their complete surrender, the Palestinians will be required to express gratitude for being able to survive as helots in what will be largely an open-air outdoor prison. If they behave well, they may or may not get money doled out by Trump to Israel for distribution to the Palestinians as long as they keep quiet and smile as they writhe under the Israeli thumb.

One of the more interesting features of the Deal is that Trump insists that the Palestinians will have East Jerusalem as their capital while at the same time confirming that an undivided Jerusalem will be under total Israeli control. If one looks that the map provided by the White House when the Deal was unveiled, it appears that a piece of East Jerusalem is indeed shown as part of the Palestinian land. But obviously, even though it will have that area technically as its capital it will have no sovereignty over it. It is a detail that is clearly unsustainable and may in fact be a completely fiction designed to demonstrate how magnanimous Israel and the United States are in giving the Palestinians a “state.”

Trump’s one-sided Deal was crafted around Israeli interests, not those of the United States and without any input whatsoever from the Palestinians themselves. The team pulled together by presidential son-in-law Jared Kushner consisted of Orthodox Jews and they worked closely with U.S. Ambassador (sic) David Friedman, whose time in Israel has consisted mostly of being an apologist for Netanyahu, excusing accelerated Israeli settlement building as well as the weekly shooting party along the fence line in Gaza. Immediately after Trump and Netanyahu announced the outline of the Deal in Washington, Friedman stated that the Israeli government was at that point free to begin the annexation of any or all of the illegal settlements.

The sad part of what we see unfolding in front of our eyes is that the United States, long an enabler of Israel, is now openly a partner in Israeli war crimes. The Fourth Geneva Convention, adopted in 1949, was intended to protect civilians in time of war. It clearly states that occupying a territory obtained by war and colonizing it with your own people is a war crime. Germany’s demand for lebensraum for German colonists during the lead up to the Second World War and its defining the Slavs who would be displaced as Untermenschen was the crime that motivated the drafters of the Convention. Does that sound familiar? The words are probably somewhat similar in Yiddish.

Most of the mainstream media commentary on the Deal is neutral or even mildly critical, observing inter aliathat it is a gift to Israeli Prime Minister Benjamin Netanyahu, who was at the podium and beaming alongside Trump. If the boost from the White House succeeds in getting Bibi reelected, Trump will expect payback big time in 2020 through the Israel Lobby’s influence over Jewish voters and from the generosity of Jewish billionaire donors named Sheldon Adelson, Paul Singer and Bernard Marcus.

That Trump has betrayed U.S. interests repeatedly in the Middle East and has also flipped on his pledge to remove American soldiers from its “loser wars,” makes him a disgrace as president, though he will likely be re-elected as the voters have been fed a steady diet of propaganda both by the mainstream media and government on Israel. That just might be because Jews are vastly overrepresented both in the media and in the choke points in government that deal with the Middle East and foreign policy in general. Even liberal Jews who are critical of Israeli oppression of the Palestinians tend to rally round-the-flag at election time and vote for the candidate perceived as being “strongest” on Israel. One notes with interest that while Senator Bernie Sanders roundly condemned the Deal, Speaker of the House Nancy Pelosi saw “some areas of common ground here” in it. She would, wouldn’t she? And I am sure Senator Chuck Schumer, the self-proclaimed protector of Israel in the Senate, is secretly delighted.

In the rather less restrained alternative media, there is much banter about how the Deal is little more than a sweeping annexation plan that is really Apartheid by another name. That in itself is a bit of a fudge as the reality in Palestine is far worse than South African Apartheid ever was. Some braver individuals have observed how the United States is controlled by Israel in terms of its engagement in the Middle East, but the language used to describe the situation really misses the point. The United States vis-à-vis Israel is not controlled by Israel per se but rather by subversion from within, Jewish billionaires having bought both major political parties and a Jewish dominated media spouting nonsense about the “only democracy in the Middle East” and “America’s best friend and ally.” Israel is neither a democracy nor a friend. And the American Jews and their allies the Christian Zionists who are full time promoters of the Israel myth are little more than traitors to the United States and everything it once upon a time stood for.

The Palestinians have already rejected the Deal, but their refusal to participate will be seen by Trump and Israel as an insult, or at least it will be spun that way. Trump has already warned that his proposal is the Palestinians’ “last chance” and his United Nations Ambassador Kelly Craft has advised Palestinian President Mahmoud Abbas not to raise the issue at all with the world body. Unwillingness to embrace it will provide a good opportunity to really lower the hammer on the Arabs. The map provided by Trump shows a cluster of Bantustans surrounded by Israel soldiers and police who historically have regarded nominally Palestinian areas as a free fire zone. When violence erupts, which it will, the largely unarmed Arabs will be slaughtered and David Friedman, Donald Trump and Bibi Netanyahu will all conveniently blame it on the Palestinians as it was the Israelis who “wanted peace” and the only obstacle remaining was and is the obduracy of the Palestinians. If only they had accepted the Deal, the outcome would have been different the contrived narrative will go.

Philip M. Giraldi, Ph.D., is Executive Director of the Council for the National Interest, a 501(c)3 tax deductible educational foundation (Federal ID Number #52-1739023) that seeks a more interests-based U.S. foreign policy in the Middle East. Website is councilforthenationalinterest.org, address is P.O. Box 2157, Purcellville VA 20134 and its email is inform@cnionline.org.