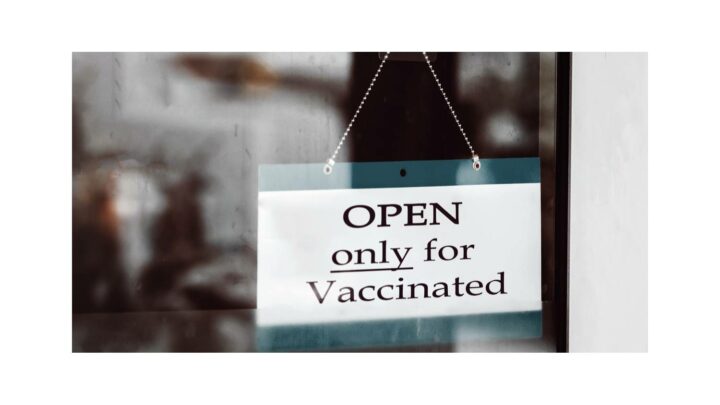 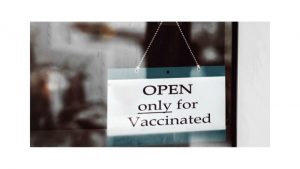 The New South Wales Government has threatened ‘gaol time’ for unvaccinated people who attempt to enter venues in breach of forthcoming public health orders, which will limit entry to vaccinated persons only.

The warning comes somewhat ironically on the back of the government’s announcement that from 1 December 2021, unvaccinated people will have the same ‘freedoms’ as those who are vaccinated.

NSW Customer Service Minister Victor Dominello, who has been overseeing the development of the digital vaccination passports that is due to be rolled out in coming weeks, has also warned businesses they will be required to immediately report any instance of an unvaccinated person attempting or gaining entry to police, or face legal consequences.

The government’s new system will link COVID vaccination status with QR Code check-ins at venues across the state, such as shop, restaurants, bars and pubs, gyms and sporting and other entertainment venues.

The full details of the COVID passport are yet to be released, but the new rules are expected to be added to ever-expanding public health orders in New South Wales.

But one thing is certain – COVID passports are seen by the government as an integral part of its ‘road map’ forward, as the state begins to open up after months of lockdowns in Greater Sydney.

Many businesses have expressed concerns about their role in policing the vaccination passports and in response, the Minister says it is not businesses’ role to do so, and to call the police on anyone who fails to use the QR check-in, or who enters premises without being vaccinated.

Over the past 18 months, retail workers have been on the receiving end of a lot of backlash over COVID-19 rules, from social distancing and mask wearing to QR code check-ins.

There have been cases where customers have become aggressive and assaulted staff. It’s only natural that  businesses fear that problems will escalate when pubs, cafes, hairdressers and other venues are allowed to reopen to fully vaccinated customers.

Data from the National Retail Association, which represents more than 1 million workers in more than 24,000 retail and fast food outlets across Australia, shows that incidents of violence towards retail and hospitality staff have increased dramatically across New South Wales and Victoria during the pandemic, mostly in relation to public health orders.

Victorian retailers reported an 85 per cent year-on-year increase in reported events with threatening behaviour in 2021.

In New South Wales, incidents of customers threatening staff are up 19 per cent year on year.

In one recent incident, a couple were charged with assault after an altercation with a business owner who asked them to leave when they refused to check-in.

In another case, a woman was charged with five counts of failing to comply with an electronic registration directive after she was given a permit to travel from Sydney to Byron Bay for work, but failed to check-in at venues she visited on the way. She is due to face court in October.

Failing to comply with a public health order

The prospects of prison time for failing to comply with a public health order are nothing new.

Section 10 of the Public Health Act provides that a person who, without reasonable excuse, fails to comply with a public health order faces a maximum penalty of 6 months in prison and/or a fine of 100 penalty units, which is currently $11,000.

Any continued failure to comply is punishable by a fine of 50 penalty units, or $5,500, for each day the offence continues.

However, ‘authorised officers’ – including police officers – currently have the option of issuing those suspected of breaching public health orders with penalty infringement notices – in other words, and on-the-spot fines.

These fines range from $500 to $5000, depending on the nature of the suspected offence.

Right now, the proposed COVID passport regime is starting to sound eerily similar to the tough vaccination laws introduced in France earlier this year, which prescribe hefty fines and lengthy prison terms for anyone who enters, or attempts to enter, premises such as cafes, cinemas, restaurants, bars and shops which are restricted to the vaccinated.

Fines and prison time also apply in France for businesses that fail without a reasonable excuse to check customer/patron status on arrival.

When the laws were first going through Parliament, the people of France rioted in the streets and the laws were criticised globally as being exceptionally ‘harsh’, particularly given that France is meant to be a democratic nation.

Now that the laws are in force, many French people have taken to picnicking outside cafes and restaurants, or shopping online, and businesses have seen significant downturns in revenue as a result

It would appear from Mr Dominello’s statement that the New South Wales Government could be considering following the French model, despite the hesitancy about vaccination passports being expressed by local businesses, and a pledge from thousands of businesses that they will remain open to everyone, vaccinated or not.

The relevant public health order determining the rules and regulations around the COVID passport app has not been issued so the penalties have not yet been determined.

However, public health orders can be made by the Minister for Health, Brad Hazzard, and don’t need to pass the rigorous debates and law-making processes that legislation does.