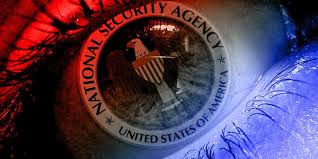 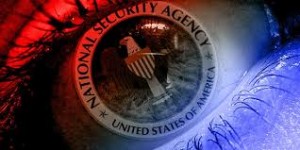 A top secret NSA wiretapping facility in Georgia accused of spying on Americans illegally was hastily staffed with inexperienced reservists in the months following September 11, where they worked under conflicting orders and with little supervision, according to three former workers at the spy complex.

“Nobody knew exactly what the heck we were doing,” said a former translator for the project, code named Highlander, who spoke on condition of anonymity. “We were figuring out the rules as we were going along.”

Former Army Reserve linguist Adrienne Kinne, who worked at the facility at Fort Gordon, won new attention this week for her year-old claim that she and her group intercepted and transcribed satellite phone calls of American civilians in the Middle East for the National Security Agency. Senate intelligence committee chair Jay Rockefeller (D-W.Va.) opened a probe into the alleged abuses after ABC News reported on them Thursday.

Threat Level spoke with Kinne extensively last year about the alleged systematic surveillance of Americans and others operating in the Middle East following the 9/11 attacks. She provided a number of details about some of the calls and how the operation was conducted.

Aid workers and journalists were specifically targeted in the program, and their phone numbers were added to a “priority list”, Kinne said last year. Among those under surveillance were workers from nongovernmental organizations such as Doctors Without Borders, the International Committee of the Red Cross, and the United Nations Development Programme, as well as journalists staying in Baghdad at the time of the Iraq invasion. The intercepted calls included conversations among American, British, Australian and other civilian foreign nationals in the Middle East, as well as conversations between aid workers and journalists in the Middle East and their family members in the United States.

“If it was happening then I’m sure it’s happening now, and who knows on what scale,” Kinne said. “That’s the thing that really bothers me.”

But at the time we were unable to confirm her account of the spying. Two coworkers of Kinne’s, who spoke with Threat Level on condition of anonymity, conceded that the group operated under ambiguous rules and with poor supervision, but insisted no deliberate eavesdropping on Americans occurred.

Now a second former Arabic linguist with the Navy has corroborated her claims to ABC, and to NSA expert James Bamford, who includes the story in his upcoming book Shadow Factory.

If the allegations are true, it would seem to indicate that warrantless spying of Americans approved by President Bush following 9/11 expanded rapidly beyond U.S. borders to citizens overseas, notwithstanding United States Signals Intelligence Directive 18, or USSID 18 — an NSA rule that bars overseas surveillance of Americans without authorization and probable cause.