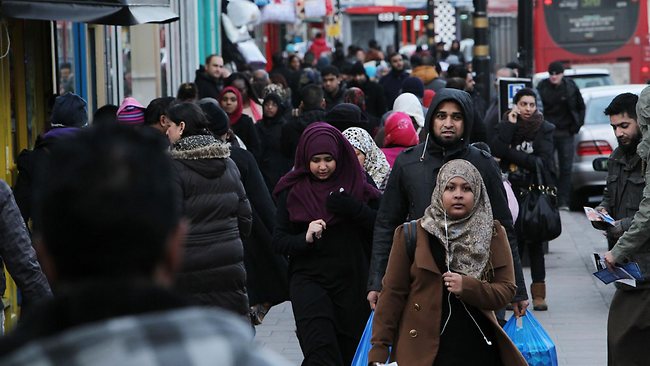 As the dashing star of films such as Billy Budd and Far From The Madding Crowd, Terence Stamp was the symbol of ‘Swinging London’ in the Sixties, but says he now feels like an alien in his own country.

‘It’s very sad how few English people there are in London now,’ he tells me at a party in Mayfair, where he lamented what he seems to see as a lack of integration among some immigrants.

‘When I grew up in East London everyone seemed to speak English, and now you can barely get by speaking our own language.’

Stamp, who enjoyed romances with his fellow Sixties icons, the actress Julie Christie and model Jean Shrimpton, shared a flat with Sir Michael Caine, but is now based in West London.

‘I don’t live in the East any more, but I absolutely love mangoes and so occasionally I go back there to buy these wonderful Alphonso mangoes from the market on Green Street.

‘I’m lucky if I can buy one now at all because no one speaks English.

‘It’s changed so much in such a short space of time, that God knows what London will be like in another decade or so.’

In a provocative outburst, the 76-year-old actor, who went on to star in Hollywood blockbusters including Superman, added: ‘You see these mums wandering around with their prams and four out of five of them have these scarves wrapped around their heads. I feel like it’s not London any more; not the one I used to know anyway.