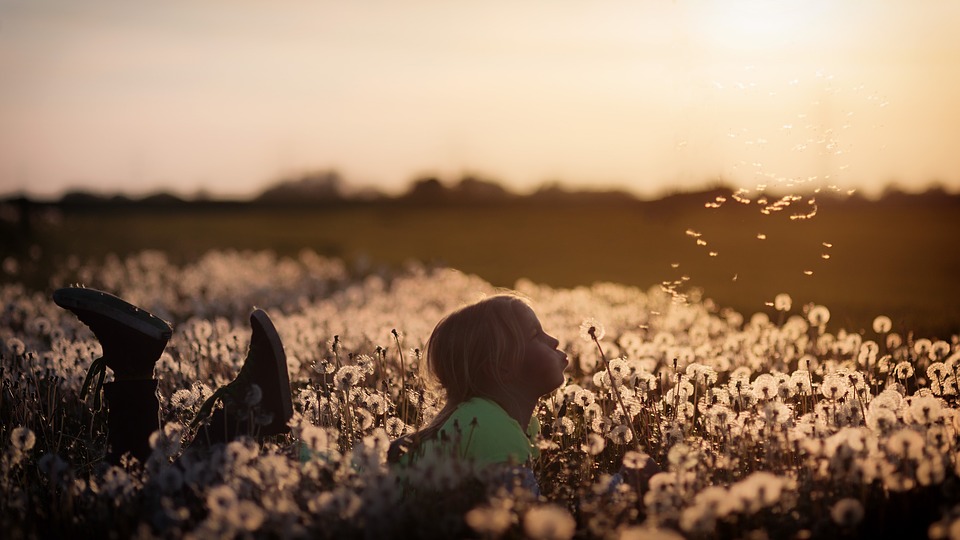 The AVN, with the help and support of its members across Australia and around the world, has erected a billboard (see the image below) in Brisbane QLD. It asks the simple question about who is healthier – the vaccinated or the unvaccinated. This is because October is International Vaccine Injury Month. This is a time to recognise, think of and acknowledge the toll that vaccines take and have taken on the health and wellbeing of children and adults worldwide. Vaccination has been practised for well over 200 years so one would expect that in all that time, long-term studies comparing the overall health of groups of vaccinated and unvaccinated children and adults would have been performed. These comparisons should have examined outcomes such as overall health, rates of chronic disease and disability, rates of infection (both infections with the diseases targeted by vaccines and other infections) and any other issues which might be related to these medical procedures.

If we assume these sorts of studies have been done, however, we would be mistaken.

In all this time, despite the addition of dozens of newly-licensed vaccines, there has never been a long-term independent trial of children or adults who are vaccinated according to schedule compared with those who are completely unvaccinated. Nor are there long-term studies of the health effects of vaccination which use an inert placebo – a study considered to be the gold standard when examining safety. This study – the only one published which compares completely unvaccinated children with vaccinated kids, showed huge increases in chronic conditions in the vaccinated – including a 4.2X increased risk of autism.

The National Institutes of Health (NIH) in the US has promised for many years to do such a study but despite urging by Congress and the vaccine-safety community, we’re still waiting.

There have been a couple of smaller, independent studies conducted on this question however and the results have been concerning – to say the least.

Just because no government authority or mainstream researchers have ever studied this issue, that does not mean it hasn’t ever been looked at.

The AVN itself has conducted 2 surveys on this subject [1],[2] as have several other groups and organisations. VaccineInjury.info has an ongoing survey which has results from over 20,000 respondents.[3]

This table compares the overall results found in their survey vs a German Government survey of the population at large.[4] As you can see, the differences between those who are unvaccinated (shown in red) and those in the general population who would, for the most part, have been vaccinated, are striking. 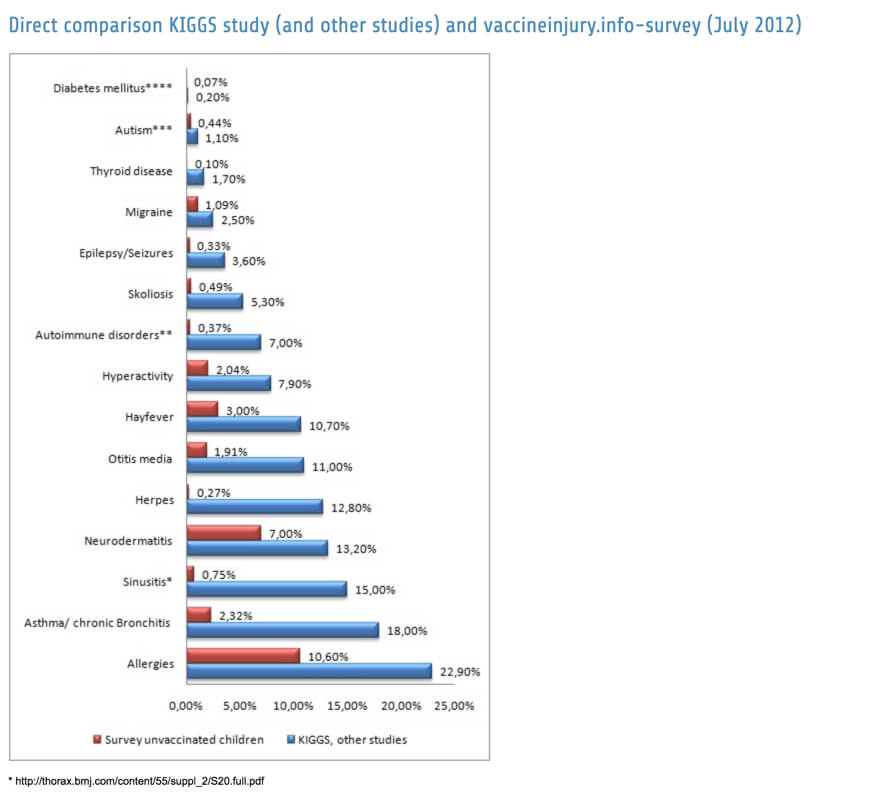 Another German ‘study’ which is often pointed out as having satisfied the need for comparing the vaccinated and the unvaccinated [4] was so terribly underpowered (with 13,453 vaccinated children vs only 94 unvaccinated) it should most likely never have even been published.

Despite this, the study showed a clear and statistically significant increased risk of atopic disease (allergies) and infections in the vaccinated group (please note – vaccinated meant children who had received at least 1 vaccine – not those who were vaccinated according to schedule).

The American organisation, Generation Rescue, commissioned a market research firm to survey nearly 12,000 children in the California/Oregon area.[5] 991 of those children were completely unvaccinated. The survey found a large and statistically significant increase in autism, ADHD and other neurological disorders in those boys who were vaccinated vs the unvaccinated.

In a study published by Aaby et al in the British Medical Journal (BMJ) entitled, Routine vaccinations and child survival: follow up study in Guinea-Bissau, West Africa,[6]researchers found that children who were vaccinated against diphtheria, tetanus and whooping cough were dying at twice the rate of unvaccinated children (a death rate of 10.5% in the vaccinated vs 4.7% in the unvaccinated)

The most recent of the vaccinated vs unvaccinated studies is one conducted by Anthony R Mawson, et al. First published in 2016, this study has been mysteriously removed from 2 different journals (without ever being retracted) before finding its (hopefully) permanent home at the peer-reviewed Open Access Text site.[7]

Entitled Pilot comparative study on the health of vaccinated and unvaccinated 6- to 12-year-old U.S. children, most people refer to it simply as the Mawson homeschool study.

In a presentation to the AutismOne conference in 2017,[8] Dr Mawson explains why he felt it was important to conduct such a study. As a scientist, he was shocked (as most people would be) to discover that such studies didn’t exist and that claims were being made regarding vaccine safety and efficacy without the necessary testing having ever been performed.

Despite pressure applied to the publications which had originally cleared his study for release and then withdrawn it, this remains one of the most important publications demonstrating the fact that in so many ways, the vaccinated are far less healthy than their unvaccinated peers.

The graph from the top of this article, found at the Children’s Medical Safety Research Institute’s website (CMSRI)[9] shows clearly why many parents are seriously concerned about vaccinating according to schedule and why more and more are demanding the basic safety studies which have never been done.

NCIRS promised a study in 2013

Professor Peter McIntyre, then Director of the National Centre for Immunisation Research and Surveillance, told the Sunrise program in 2013 that a study comparing fully vaccinated children with fully unvaccinated children was in the planning stages, but five years later, there is no sign of the study.  The Sunrise interview is in the video provided below.

2 thoughts on “Vaccinated vs Unvaccinated, Who is healthier? With Meryl Dorey”

https://crazzfiles.com/wp-content/uploads/2018/10/Meryl-Dorey-avn-.mp3Podcast: Play in new window | DownloadSubscribe: Apple Podcasts | Android | Email | RSS On tonight’s podcast show 24/11/22 i am joined by researcher and author John Hamer to discuss and break down his incredible reasearch and books. John Hamer is back on the podcast with me tonight to continue our discussion about central[…]