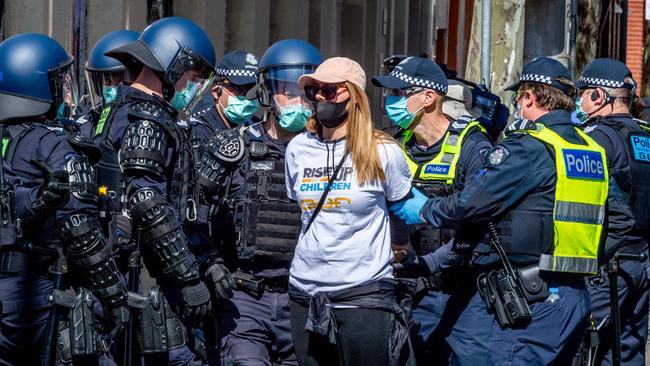 The Victorian Government is hoping to push through a new bill that would allow them to detain “high-risk” coronavirus spreaders.

The powers would be applied to those who health authorities believe would negligently spread the deadly virus as Victoria works to bring its coronavirus outbreak under control.

The rules, seen by The Age, would be a six-month extension of the ones made in April, taking the detaining powers to March next year.

Anyone deemed high risk by health authorities could be forcibly detained under the extension of powers including conspiracy theorists or anti-lockdown protesters who refuse to isolate.

Almost 200 people were fined and 74 were arrested in Melbourne on Sunday during dramatic rallies as anti-lockdown protesters ramped up their campaign.

It said the biggest protest occurred at the Queen Victoria Market where some 200-250 people gathered.