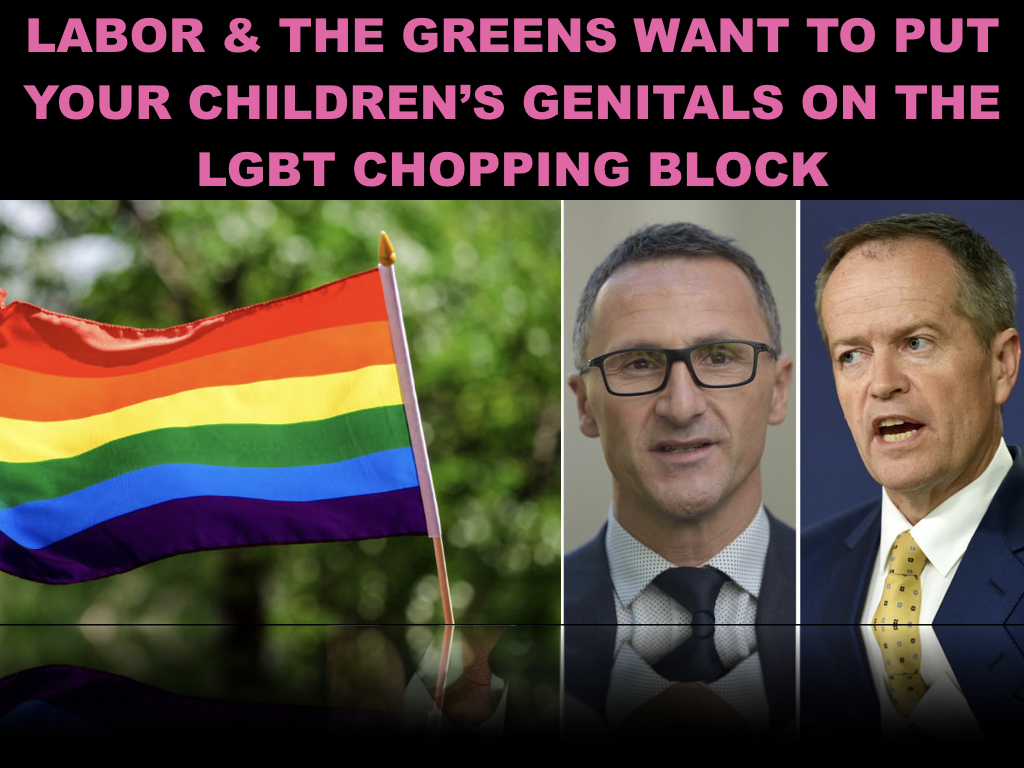 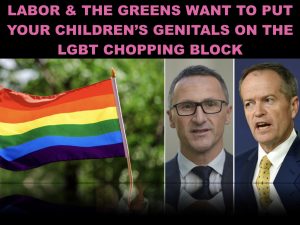 The Victorian Liberal Party are deliberately throwing the election so that Labor get in. This is to stop a conservative group within the Liberal Party who actually want to do good by society (including exposing pedo politicians) from gaining power & exposing the pedo puppet masters who control the major parties. The Age newspaper and other media are flooded with pro-Labor Party propaganda. Everyone behind the scenes are saying Labor will win the Victorian election. Senior Liberal members sabotaged their chances of victory by making bad preference deals & deliberately running a poor campaign.

All major Victorian parties (Greens, Liberal and Labor) are now controlled by extreme Leftists. The Greens are set to drop from 5 to 3 seats. Labor will do anything to gain control, and as much as Labor and the Greens pretend to hate each other, behind the scenes they share a common agenda and are doing deals to preserve this. Remember, the Greens were originally called the Australian Communist Party, and their policies reflect extreme Marxist doctrine.

The public is upset and rejects Daniel Andrew’s pro-pedophile Labor government; however, the Liberals have deliberately provided no alternative and are running a non-campaign with a person who is generally disliked (Matthew Guy). The Liberal Party made disastrous preference deals behind the scenes; for example, they listed an independent Domestic Violence party second last out of 40+ candidates, which is a publicity disaster.

My inside sources are telling me Scott Morrison’s a good guy. But he aligned himself with everyone bad, to get through. All conservatives who would vote against pedophilia matters were pushed to the back bench, and all the leftist scum were placed on the front bench, as part of the deal to get Scomo in as PM. The way that he got up in politics – and the only way to do it – was to get support from leftist Malcolm Turnbull’s bad apples who preside over the front bench. Consequently, Scomo can’t do anything about child abuse without the support of his pro-pedo front benchers – and he will never gain that. He can’t completely swap teams now, even if his intentions are correct.

There are factions within the old Labor Party, and factions of the new wave of Liberal Party that are good people trying to make a change; however, while the pro-pedo puppet masters are pulling the strings, the public’s best interests will not be reflected in the actions of the major parties.

After this Victorian election, the pedo puppet masters behind the major parties will successfully shut down the preference system which currently allows independent parties to block pro-pedo policies. So, I suggest Victorians ensure independent parties retain a voice, and after seeing the policy that the AUSSIE BATTLER PARTY produced regarding Mandatory Sentencing and the establishment of a public Sex Offender Registry, realise that this independent party are aware of the Australian public’s Number one concern – child health and safety.

The Age newspaper did a hit piece on the AUSSIE BATTLER PARTY directly after they released their anti-child abuse policy; however, this worked in the new party’s favour because the public saw through this propaganda attempt to discredit them. Who doesn’t care about kids? It seems we finally have a party that prioritises Aussies’ main concern.

The AUSSIE BATTLER PARTY only need 2,500 votes in each region, to win 3 seats in Victorian Parliament. This could potentially give them the balance of power (or, as much power as the Greens have over Labor) in what is set to be a tight election but is likely to swing Labor’s way due to the Liberals throwing of the election. No wonder the puppet masters are using the pro-pedo press and preference system to attack this new party.

Victorians can resist the pedo puppet masters by voting 1. for the AUSSIE BATTLER PARTY, and 2. for the Liberal Party – while placing Labor and Greens last on their ballot forms.

That’s my pedo politics tip for the day!

6 thoughts on “Victorian Liberal Party throwing the election to get Labor in!”