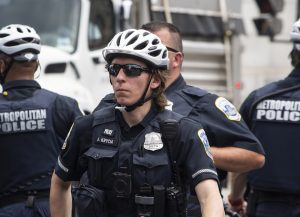 As we have previously reported, The Washington State Board of Health had a meeting on January 12th to discuss amending legislation to allow authorities to detain unvaccinated people in quarantine camps and require Covid-19 vaccines for children who will be attending school.

The proposed amendment is part of the state’s Communicable and Certain Other Disease Act, which suggests including a new Covid protocol. It involves procedures for isolation and quarantine and will allow health officers to issue emergency detention orders, causing a person or a group of persons to be immediately detained for quarantine and isolation purposes.

Forced isolation can be ordered if a health officer has reason to believe that the person, or group, is suspected to be, infected with, exposed, or contaminated with a communicable disease or a chemical, biological or radiological agent that could spread or contaminate others. The period of isolation can also be extended if the health officer has reason to believe they could pose a threat to others.

Furthermore, a person or group of persons can also be offered treatment, with those who fail to comply being forced to be detained by police for up to thirty days.

However, the text also states that health officers may invoke the power of police officers, sheriffs, constables, and other officers and employees, including armed officers to enforce quarantine orders and isolation.

This is a disturbing development and is completely fascist and tyrannical. Although, in Australia, the army has begun “relocating” covid-19 positive cases and their contacts to “mandatory supervised quarantine facilities.”

There have also been reports of the WSBH recruiting candidates for a new “Isolation and Quarantine Strike Team” which will be in charge of the “Isolation and Quarantine facility” for non-Washington residents traveling in the state who tested positive for COVID-19 or who would have been exposed to those who tested positive, but with no residence or location in which to spend their 10-14 day isolation period.