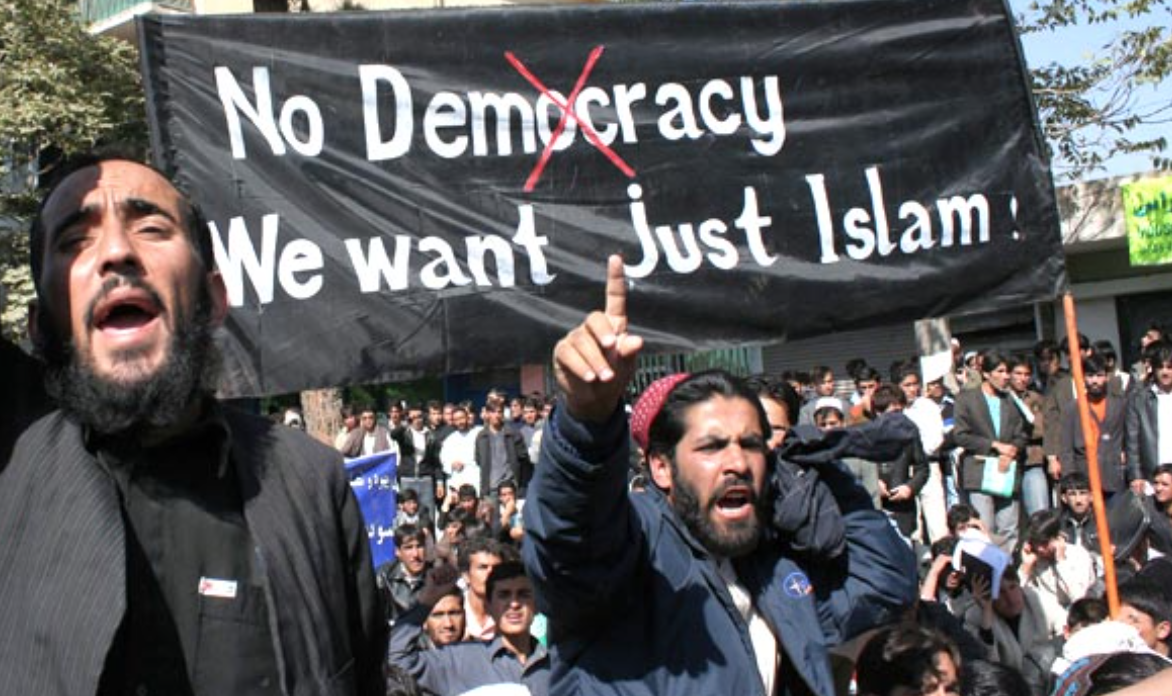 Video footage (above) reveals the moment migrants and anarchists marching through the centre of Calais on Saturday broke through police lines and stormed the city’s port which connects France to the United Kingdom.

The French government is adamant that current security provisions in the area are adequate and effective, yet the video shows riot police backing away from a crowd of migrants chanting “UK, UK”, before turning and running. One migrant angrily screams at the camera: “We are people. We are Muslim! We want to go to UK!”

The migrants were then able to break through security fencing; 50 made it all the way onto the UK-bound ferry Spirit of Britain.

It is not clear from the video how many migrants broke through the police line and marched into the port, but it is apparent that initial reports of 150 were an underestimate. Later reports suggested that anywhere between 500 and 1000 migrants made it within port boundaries, although only 50 succeeded in boarding the UK bound ferry Pride of Britain.

However, the new video, which was filmed from within the migrant crowd, sheds new light on how the migrants were able to access the port in the first place. It shows a line of around 20 riot police blocking access to Rue de la Mer, which leads to the port. A large contingent of migrants and anarchists walk up to the police line chanting “UK, UK”.

At first police try to move them on, telling them to “go left”, which the migrants refuse to do. Instead, following a speech by man holding a loudhailer, the police simply back away before turning and running, allowing the migrants to stream past them. A few police try to recreate the line further down the street, only for their commander to order them to fall back.

The migrants, some carrying the red flag of the New Anticapitalist Party of France, race towards the port, again chanting “UK, UK” and cut through the fences. Only after a few hundred have streamed through do the police attempt to halt them by firing tear gas canisters at the opening in the fence line.

The video was compiled by Taranis News, a French magazine which launched in 2014 and which appears to be supportive of the no borders/pro-mass migration movement. Much of the footage featured in their videos is shot from within the migrant groups, suggesting that activists are passing them footage for dissemination. They were also the first to break the video showing a homeowner forced to defend his property against a breakaway group of migrants using just an airsoft rifle.

Meanwhile Calais Migrant Solidarity, one of the main socialist groups accused of stirring up trouble within The Jungle has backed away from taking credit for Saturday’s riots, instead insisting that it was the migrants themselves who masterminded the port break in. Any attempts to blame Westerners, they said, amounted to “racism” perpetrated by the “right wing.”

“The main organisations who called for and organised the demonstration were the CISPM (International Coalition of People Without Papers and Migrants) and the ATMF (Association of French Maghrebian Workers) but the call was supported by a vast array of different solidarity groups. Coaches to the demonstration came from all across France, Germany, Belgium, The Netherlands and also a large contingent from the UK,” they explained in a blog on their website.

“The idea that ‘refugees’ could autonomusly [sic] and easily board a boat in the Calais habour [sic] is incomprehensible for the British press,” they continue. “This rhetoric and discourse is deeply racist.

“This was an action autonomously organised by people living in the jungle, people without papers, and refugees, these people were supported by activists from countries across the world.

“To claim anything different is to deny the reality of the situation, that the people of the Jungle are willing to disrupt, occupy, and fight the institutions that keep them from their freedom!”

The French government is facing numerous calls to deploy the army to Calais to restore order to the area. The town’s mayor, Natacha Bouchart said at a press conference that she accepted the need for humanitarian assistance, but not “this anarchic situation.”

The French Interior Bernard Cazeneuve has so far demurred, however, saying only that the French government had “total determination” to maintain law and order.

One thought on “WATCH: French Cops Run From Migrants Screaming: ‘We Are Muslim, We Want To Go To UK!’”