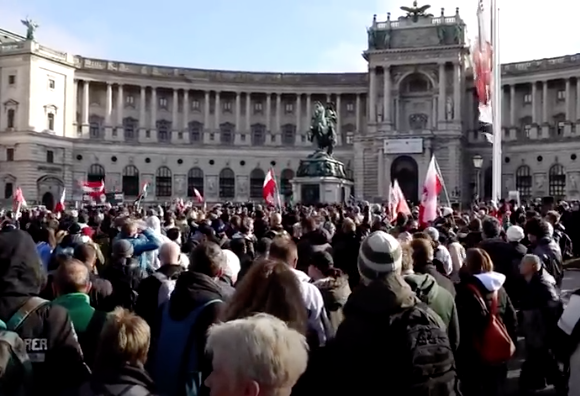 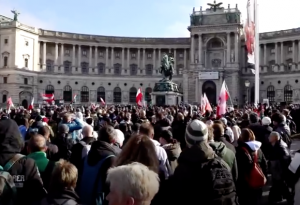 Melbourne was once called the world’s most livable city. Now it is more properly known as the most lamentable city – or the most laughable. No other place on the planet has experienced such harsh, irrational and despotic lockdowns and tyranny. But sadly it is now serving as a model for other power-hungry state leaders.

Many jurisdictions around the world are turning into full-tilt health dictatorships, but Austria seems to be leading the way at the moment. While Victorians have known all about draconian lockdowns and the loss of liberties, Austria has now gone a step further in placing all the unvaxxed under house arrest. The next step will be the concentration camps it seems for these new lepers.

Before looking at this in more detail, let me remind you that if the Victorian Dictatorship For Life bill gets passed, then we will find the very same thing happening here. Indeed, Victoria under the power-drunk despot Dan Andrews has already known more than most of the world what this health tyranny looks like, but it will simply get much worse if this bill goes through.

Austrian Chancellor Alexander Schallenberg on Sunday announced the country is placing millions of people who aren’t fully vaccinated for COVID-19 on lockdown starting Monday. About 65 percent of the Central European nation’s population is vaccinated, according to government data. Under the measures revealed on Sunday, unvaccinated people are ordered to stay at home except for limited reasons.

The rules, the government said, will be enforced by police officers who will be out on the streets carrying out spot-checks on people who are in public. Unvaccinated people are already excluded from entertainment venues, bars, restaurants, and similar venues and businesses.

Here is one report on the situation there:

Since Monday, unvaccinated Austrians are not allowed to leave their homes except to go to work, to buy essential supplies, or to take exercise: it’s the world’s first “lockdown for the unvaccinated”. . . . It is, essentially, a ratcheting up of the regime of vaccine passports that exists already in many countries across Europe, whereby unvaccinated people are already excluded from restaurants, museums and theatres. But to place a minority of the population under partial house arrest does seem to cross a new line…

It feels like a bit of a stand-off. The vaccine issue has become a show of strength, a test of principles. As Ivan Krastev, a political scientist at Vienna’s Institute for Human Sciences, tells me: “When some of the anti-vaccine people said, ‘we are ready to defend our freedoms’, the basic message of the Government was, ‘Okay, let’s see what price you are ready to pay for them.’ The idea of this measure is to make people uncomfortable.”

Good people who in any healthy, confident culture would be cherished and celebrated. Allowing them, and millions like them, to drift into a caste of untouchables, separated from the mainstream, all for the sake of a marginal gain against a virus that is rapidly becoming endemic, may prove to be a grave miscalculation with effects that will be felt for years to come.

Thankfully many Austrians have marched in protest against this medical apartheid. In fact, there have been protest marches in places like Paris, as freedom-loving citizens fear that other parts of Europe will follow in Austria’s footsteps. And one top Austrian athlete has spoken out:

Austria’s most successful Olympian, Felix Gottwald, has accused the government of discriminating and dividing by introducing a strict lockdown for the unvaccinated, causing the country’s Sports Minister to defend the measures.

Around two million Austrians who have not yet received their Covid vaccinations have been subject to the ten-day measures, which have been implemented as their country faces a rise in cases and strains on its public health system.

In an open letter voicing his disgust at the move, three-time Olympic and triple world champion Gottwald has resigned from his role as chairman for popular sports while denouncing “division, agitation, [and] discrimination”, which he claims are “the government imperatives of the hour”.

We in Australia need to learn from this. And it is not just Victoria that is ever so close to the madness that we find in Austria. Many others are all too eager to follow suit. NSW just came close to it: the cabinet had decided that emergency powers there would last till 2023!

And in a case of much too little too late, our Prime Minister has finally made a halfway sensible statement on health mandates:

Scott Morrison has said vaccine mandates to enter pubs and cafes should not be in place after states reach the 80 per cent vaccination threshold. While NSW will drop vaccine passports on December 15, Queens land will introduce them to enter hospitality venues on December 17 and Victoria has vowed to keep jab requirements in place well into next year. Mr Morrison, who is under pressure from pro-choice politicians in his party, on Thursday said the only mandates he supports are for health workers.

Hmm, he should have been talking – and acting – like this many months ago. He has been far too much missing in action on all this. And to stand against health fascism is an uphill battle anyway. The temptation for politicians and leaders to rush down the path of tyranny and total control is ever with us.

And the fear and panic being generated by a health crisis is the perfect vehicle for doing this as we have seen. I have warned about all this for over a year and a half now. But we have learned nothing from history. We lost millions of our sons to defend freedom and argue for the full humanity of the Jews.

We celebrated the end of apartheid in a faraway continent. But now we are bringing all this back through the back door. In Austria we now have second-class citizens being segregated and discriminated against. This never ends well. And it always starts out in small steps, so it does not seem so bad at the time. As a friend just said in a comment to this site:

Having been kicked out of a Target store, and from a Rivers store in quick succession this morning, and hearing the plea, “I’m just following government orders”, I now feel the iron boot of the Daniel Andrews regime. This sort of ribald discrimination has never been seen in this country in our history; and the plea of “just following orders” I had thought was buried forever following the Nuremberg trials. However, it is back, dusted and polished, with the soporific and altruistic wrapping, “To keep you safe”.

And this just in: “Days after imposing a lockdown on the unvaccinated, Austria has hit a new COVID case record, bringing into question the effectiveness of its draconian new policy. Three days into its quarantine for the unjabbed, which prevents those who haven’t had both doses from being allowed outside for anything other than ‘essential’ reasons, daily infections surpassed 14,000 for the first time since the pandemic began.”

This terrific interview by Dennis Prager with a Christian pastor about standing for freedom and resisting Statist tyranny is a few months old, but I just came upon it. It is excellent. Please watch the entire discussion: www.prageru.com/video/ep-188-the-churches-that-refused-to-kneel