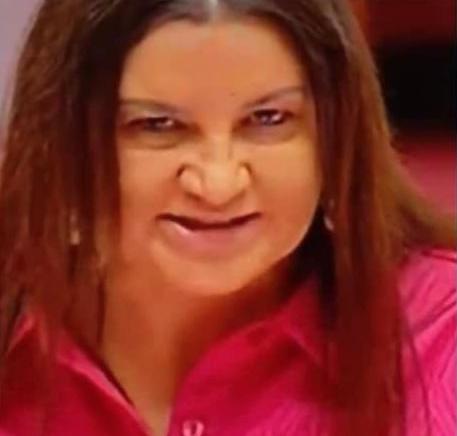 Poor Jacquie, it looks like she has been affected by mRNA inoculation which has been reported across Australia and the world as causing many harmful effects on the human body and many, many deaths.

She thinks she will divide and conquer the smart people from the sheeples. Too late old girl this happened years ago.

The smarties will not get the vax because they have the power of thought. We are aware the military removes a soldier’s ability to know what day it is, but you seem to be still in military mode.

We published the real Covid story of experimental poison because our several million readers have the power of thought. Did you know on Tuesday we were being read in 104 countries around the world?

Did you know counselling is available for veterans or former military personnel? Cairns News used to support you but alas we cannot do so any longer because we represent the people with the ability to think and do their own research about forced, deadly medical procedures.

Did you know our Commonwealth Constitution of Australia which to the disappointment of the multitude of political quislings is still in force? This prevents forced vaccination.

You have placed yourself into the echelon of elites of the NWO that Dr Kerry Chant and others refer to and we can no longer help you.

Don’t waste your time thinking you can come after the un-vaccinated. You will be so sick by then you will be grateful if you are still alive. Don’t get the booster old girl.

The Jewish Premier of NSW has also made the same mistake, except she took a placebo vax like most other politicians, not of her own volition but on advice from the Deep State.

Unfortunately she too does not have the power of thought.

Watch out for your old mentor Clive, Jacquie, he is coming to Tasmania too. You could have been saved. He is a great philanthropist who bought 20 million doses of hydroxychloroquin so he could save Australians from Deep State genocide.

But you had the shot and it’s too late for you.

Like Bob Brown we think you have been in Tasmania too long.