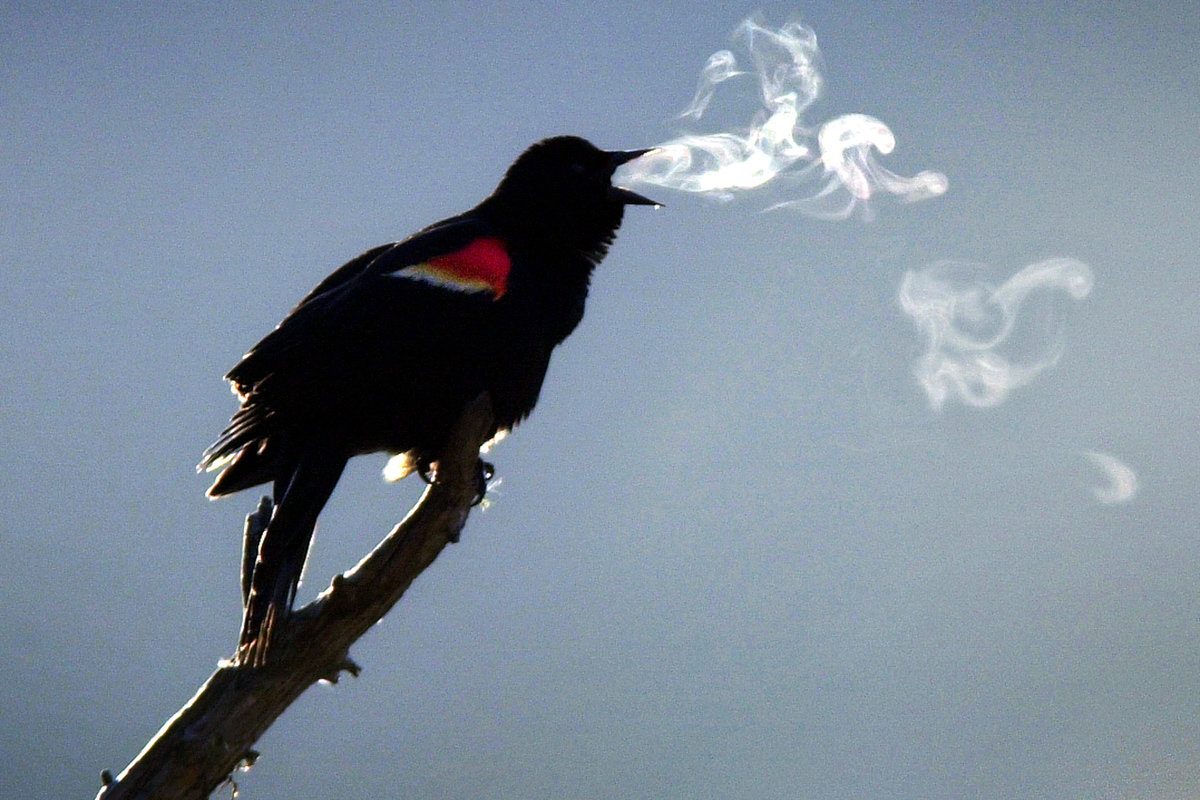 SHILOH, N.J. – Weather-wise, it had been a fairly typical November day, two days before Thanksgiving, in the western Cumberland County agricultural community of Stow Creek Township – mostly sunny, with a bit of a nip in the air.

Then, all of a sudden, it was raining dead birds.

And by the time the brief “shower” was over, as many as 200 red-winged blackbirds littered the ground in a small housing development off Frank Davis Road surrounded by vast farm fields.

“They just fell from the sky,” said Larry Hajna, a spokesman for the New Jersey Department of Environmental Protection.

It was the second time in less than three weeks that a die-off of blackbirds had occurred in the same rural neighborhood; the first time, a couple of dozen dead birds were found. A similar incident had happened in a North Jersey farming area earlier in the year, Hajna said.

After county agricultural agents had been notified by homeowners, the DEP’s Division of Fish and Wildlife arrived in Stow Creek and removed the birds, collecting some of them to be sent to a state lab for necropsy, toxicology, and histopathology tests.

But the results of all the tests were inconclusive, Hajna said last week.

“We did ascertain that the birds suffered trauma and internal bleeding from hitting the ground,” Hajna said. “But what made them fall from the sky in the first place . . . we can’t say for certain.”

Even wheat seed from a nearby farmer’s field was collected and tested for chemical compounds by the University of Pennsylvania. The farmer told the DEP’s Bureau of Pesticides that the seed had been treated with the fungicides difenoconazole, mefenoxam and sedaxane, and the insecticide imidacloprid. None of those compounds is considered harmful to birds and none of the chemicals was found to be among those that are sometimes used by farmers to control “nuisance” species like blackbirds, Hajna said.

And while animals falling from the sky is not a usual occurrence, it does happen across the globe: besides birds, fish and frogs seem to be the most common.

In 1998, about 10,000 birds, all Lapland longspurs, rained down and died on fields in Minnesota and Iowa after they became disoriented in a snowstorm. Fish can sometimes get caught up in whirlwinds and in meteorological waterspouts and can be carried great distances, such as in 2010, when some striped bass ended up in a Massachusetts backyard about 20 miles from the seacoast.

While it is not illegal in New Jersey for farmers to attempt to protect their crops and control populations of such species as blackbirds, crows, grackles and magpies, agriculturists must follow certain protocols in using such chemical compounds so that the usage does not damage crops, contaminate feed for livestock, create groundwater hazards, or in any way effect endangered and threatened species of animals and plants.

Populations of red-winged blackbirds are robust, and they are not considered a threatened or endangered species. They are therefore exempt from state and federal regulations that protect some migratory birds, officials said.

Birding officials said habitat loss globally poses a much greater threat to all bird species than do incidents of bird die-offs.

Hajna said the state ultimately ruled out that the kill-off was caused pesticide poisoning because of the “highly localized nature” of the mortalities. The bird deaths also were not likely caused by compounds reported in wheat seeds planted in an agricultural field, nor were they the result of infectious disease.

“We have determined that the deaths were not caused by pesticides commonly known to be toxic to wildlife and not likely caused by compounds reported in wheat seed planted in an agricultural field,” Hajna said.

A similar die-off occurred in nearby Millville in 2012, and it was later determined that a farmer had legally used a chemical to keep blackbirds from his crop. About 300 birds were reported dead in that incident, Hajna said.

But the dead birds falling from the sky here last month has left some residents here worried about the cause.

“Out in the country like this, you find dead stuff lying around all the time . . . but this was kind of weird,” said resident Debbie Hitchner, 32, who said she found a half-dozen of the dead blackbirds in her Frank Davis Road backyard after the incident was reported. “My dog just kept finding them, one after the other.”