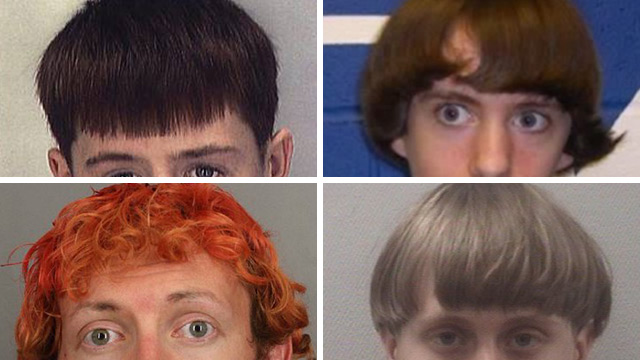 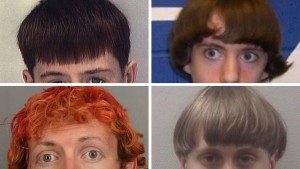 It’s all in the eyes and the hair, it seems, as you can see in the photo compilation below, showing the haircuts and wild eyes of Dylann Roof, James Holmes, Adam Lanza, Michael Carneal and Kip Kinkel — all young men implicated in mass shootings.

The most popular hair style of mass shooters is the bowl cut. Of the five photos shown below, only James Holmes doesn’t have a straight-combed bowl cut. It’s fascinating to me that while you see utterly moronic comments in the mainstream media like, “All white people are terrorists,” you never see anyone commenting, “All people with bowl cut hair styles are terrorists.” Nope, that would be stupid, right? Because your hair style doesn’t make you a killer.

But the inverse might very well be true: Killers may share a common pattern in the way they keep their own hair, reflecting an internal attitude of self-loathing, psychosis, chaos, extreme hatred or other forms of mental illness. In other words, you can’t logically conclude that every person with a bowl cut is a psychotic killer, but it seems that most of the psychotic killers do indeed wear a bowl cut hair style.