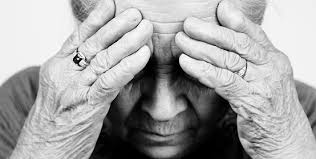 Why does Health Minister Sussan Ley like “killing” our mothers with a USA banned dementia drug, the anti-psychotic Risperdal?

Q1 Why do we need this drug for dementia when the manufacturer’s own country bans it use and provides a massive black box warning of its death risk for our elderly in its consumer document disclosure?

Who is guilty of corruption or manslaughter or misleading information or professional misconduct or cartel behaviour or ????

A. Why did Minister Ley in mid July 2015 reject, in writing, my request to ban Risperdal for dementia in Australia, following my earlier meeting with my Federal electoral representative,Environment Minister Greg Hunt on 29 May 2015?

B. Why did Minister Ley choose to censor the USA’s black box warning system, which notedRisperdal was not approved for dementia and carried a significant increased death risk?

C. Why did Minister Ley say to me, in writing, her health system policy rejects the USA black box warning system of serious adverse events for around 700 other pharmaceutical drugs marketed in Australia to “dumbed down” consumers?

D. Why did Minister Ley say to me in writing that Australia follows the health regulation protocols of the United Kingdom and Canada?

E. Why did Minister Ley fail to act in prohibiting Risperdal for dementia conditions back on 18 February 2015, when Health Canada so did on the back of revised safety information provided by Johnson & Johnson?

F. Why did Minister Hunt, and Alzheimer’s Australia Chairman Graeme Samuel, attempt to stop my private campaign to ban Risperdal for dementia on Saturday 1 August 2015, whilst Minister Hunt was trapped on his three week electoral campaign walk around his 500 km electorate, raising funds for autism awareness?

G. What was the link between my correspondence to Minister Hunt and Graeme Samuel on Sunday 2 August 2015, which resulted in the TGA reversing its position and adopting the “Canadian style” prohibition announced by Health Canada some six months earlier on 18 February 2015.

H. When did Minister Ley and Minister Hunt, become aware of the upgraded safety data announced by Health Canada on 18 February 2015, which was supplied to Health Canada prior to that date by Johnson & Johnson?

I. What date, and to whom in Australia, did Johnson & Johnson supply the upgraded safety data announced by Health Canada on 18 February 2015?

J. Would no action have been taken in Australia had I not written firm letters on Sunday 1 August 2015 to Minister Hunt and Graeme Samuel, resulting in the ban being announced by the TGA 48 hours later, whilst Minister Hunt was visiting his primary school constituents?

K. What was the other major side effect I raised back then with Minister Ley and Minister Hunt affecting the use of Risperdal for young male autistic children, which remains a cover up, despite massive litigation over this side effect in the USA, and a serious adverse warning?

To help me, and my alarmed network of natural medicine practitioners and patients, fight this war on big pharma corruption, please consider helping out by making donationsat https://fightpharmacorruption.com/donations/ or help me by any other legal means. Fighting pharma corruption does not attract paying customers easily, as I have found to my financial detriment the last five years.

Check out the world’s leading whistleblower, former Merck executive, Brandy Vaughan’s website at http://www.learntherisk.org/ . I was blown away again just listening to her live internet seminar as I was writing this post today. Lucky for me Brandy has linked in with me some time back, and is very keen to come to Australia to help us fight the war of words here too.

A few short statements by Brandy Vaughan from 2.40pm today say it all:

“They are focusing on keeping us sick, not healthy”.

“There is a lot of information we are not being told”.

“Drop in the bucket compared to what is coming along the line, including adult vaccinations.”

Check out the Huffington Post exposé of the $3 billion corruption settlement by Johnson & Johnson for their marketing of this Risperdal drug in the USA in my earlier post of 22 September 2015 at Huffington Post’s “The Credo Company”. 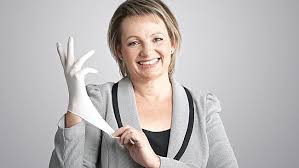 In Australia, Minister Ley ensures all her various health regulatory arms turn a blind eye, so our mums in dementia homes can be fed this “killer” as if it was like lolly water.

Let’s try and keep this post simple and to the point my supporters keep telling me. I find everything with Big Pharma extremely complex, detailed, often confusing, and leading into endless further streams of enquiry into ever more cover-ups. But let me try to sum this up and have a short rest before I tell you about the WA chemo boy and that outrageous injustice and hypocrisy.

So if you think I am making outlandish statements, read on.

Fact One: Health Canada, the equivalent of Australia’s TGA, acted to ban Risperdal for vascular dementia and mixed dementia, and restricted its use for Alzheimer’s Disease in Canada on 18 February 2015 as described at

Risperidone – Restriction of the Dementia Indication

So confidentially email me at glittle@fightpharmacorruption.com

Fact Three – On 18 February, 2015, Health Canada noted the manufacturer Johnson & Johnson, through its subsidiary Janssen Inc., “submitted a review of safety information related to antipsychotic drugs, which indicated a higher risk of cerebrovascular adverse events in patients with mixed and vascular dementia compared to those with dementia of the Alzheimertype.”

Fact Four – On 18 February, 2015, the indication for risperidone in dementia was restricted by Health Canada “to the short-term symptomatic management of aggression or psychotic symptoms in patients with severe dementia of the Alzheimer type unresponsive to non-pharmacological approaches and when there is a risk of harm to self or others. The indication no longer includes the treatment of other types of dementia such as vascular and mixed types of dementia.”

Fact 5 – On 18 February, 2015, Health Canada advised “Physicians to assess the risks and benefits of the use of risperidone in elderly patients with severe dementia of the Alzheimer type, taking into account risk predictors for stroke or existing cardiovascular comorbidities in the individual patients.”

would like to inform healthcare professionals, caregivers and patients

of important updates to the indication of risperidone for severe dementia. The decision to limit risperidone’s indication to severe dementia of the Alzheimer type is based on a comprehensive evaluation of the safety information related to all antipsychotic drugs which indicated a higher risk of cerebrovascular adverse events in patients with the mixed or vascular dementiacompared to those with dementia of the Alzheimer type.”

Fact 8 – Background information provided by Health Canada –“Prior to this dementia indication update,

risperidone was approved for use in Canada for severe dementia.

The indication for risperidone in dementia has been limited to Severe Dementia of the Alzheimer type – Symptomatic management of aggression and psychotic symptoms.

Elderly patients with dementia treated with antipsychotic drugs present an increased risk of death compared to placebo, mostly due to cardiovascular events and infections.”

Fact 9 – Health Canada advised consumers as to who is affected

“Risperidone belongs to a group of medicines called antipsychotic drugs.

Risperidone may be used for short-term treatment to control aggression or psychotic symptoms (hallucinations or delusions) in severe dementia of the Alzheimer type. Dementia is a brain disease that decreases the ability to think and remember. Risperidone is no longer recommended for use in other types of dementia such as vascular and mixed types of dementia.

“Physicians are advised to assess the benefits and risks of the use of risperidone in elderly patients with severe dementia of the Alzheimer type, taking into account risk predictors for stroke or existing cardiovascular comorbidities in the individual patient.

“The update to the product monograph was not a result of a Health Canada safety review. Therefore a Summary Safety Review is not available.”

So confidentially email me at  glittle@fightpharmacorruption.com

5 thoughts on “Why does Health Minister Sussan Ley like “killing” our mothers with a USA banned dementia drug?”