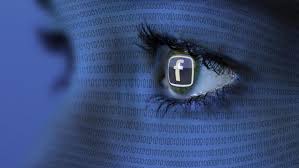 At the very least, the quip was emblematic of the company’s boundless ambition.

Over the past decade, Facebook has ceased to be just a “social network”, adding and honing a never-ending array of features to make itself indispensable to users.

In January, the company expanded beyond the social sphere and officially entered the workplace, launching Facebook at Work, a stripped-back version designed for internal staff use.

Its rapidly-growing Groups feature, released as a standalone app last year, continues to encroach on the traditional turf of rivals like eBay or Gumtree, as people look for housemates or buy, swap and sell through their existing social circles, favouring the security of their personal networks.

An electronic payments feature is being rolled out in the United States to users of Facebook’s Messenger app as you read.

And it’s forging ahead with news aggregation in a big way, recently announcing Instant Articles, a feature that will see Facebook host content from other news sites directly on the app.

It is investing in hardware, too, with the acquisition of Oculus, a manufacturer of actual dreams … well, virtual reality.

It’s not that Zuckerberg is bored; there must be more than enough foosball tables at Facebook HQ to keep him busy of an afternoon. And, of course, he has all the friends he could ever wish for.