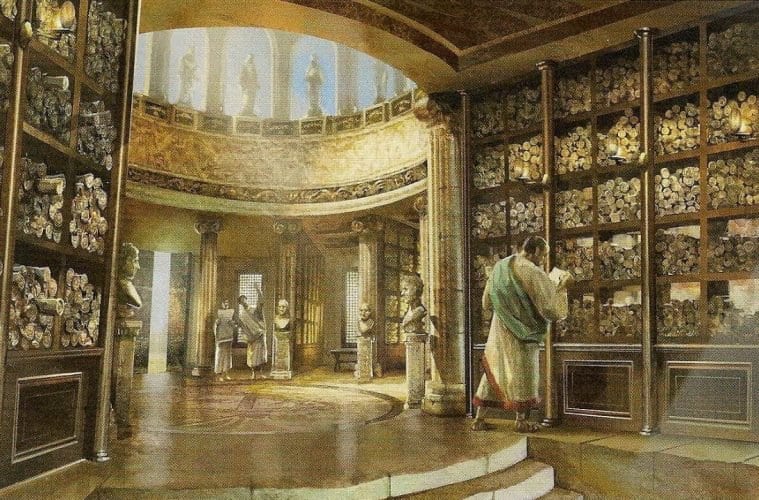 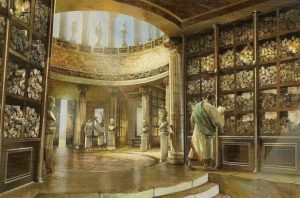 Ancient civilizations are a fascinating topic, and it’s clear we have so much to learn from them when it comes to our way of life, our health, our technology, science, nature, consciousness, and the nature of reality itself.

Be it information in the form of written text, or advanced ancient structures like the Kailasa temple, one of 32 cave temples and monasteries located within the Ellora Caves in India, their knowledge — how they acquired it and how they constructed their masterpieces — remains a complete mystery.

With all of our modern day technology, knowledge, and wisdom, there is still no way to accomplish some of the feats of civilizations past, feats that required an extremely advanced understanding of mathematics, physics, and more.

There is evidence that many ancient achievements required an extremely advanced form of technology as well, and many examples to prove these assertions.

Another fascinating point to make is the fact that many groundbreaking discoveries within the realm of quantum mechanics, as well as neuroscience, closely resemble the teachings of several ancient civilizations and native American populations.

This is why today, there are conferences held every single year between academics and spiritual leaders, like Tibetan monks, to discuss how they relate, and books like Blackfoot Physics continue to be published.

Sometimes it seems we are re-learning much of the knowledge kept by the ancient world.

This is exactly why the burning of the library of Alexandria was such a tragedy. It was one of the greatest libraries in human history, holding a vast archive of manuscripts and books from all over the ancient world, and what our ancients would have themselves considered ancient.

You May Also Like: The Truth About Aliens Lost Library Of Alexandria Fire

It was built after the famous Alexander the Great conquered Egypt and acquired knowledge from all parts of the globe. From East to West, the teachings of multiple civilizations throughout human history up to that time could be found in the great library.

The books contained in this library touched upon every subject that concerns humanity, from health, science, and astronomy to geology, philosophy, mysticism, magic, knowledge of the spiritual world, and much more.

Manly P. Hall describes it as follows in The Secret Teachings of All Ages:

“Prior to the Christian Era seven hundred thousand of the most valuable books, written upon parchment, papyrus, vellum, and was, and also tablets of stone terra cotta, and wood, were gathered from all parts of the ancient world and housed in Alexandria, in buildings specially prepared for the purpose. This magnificent repository of knowledge was destroyed by a series of three fires.”

It was burned down in approximately A.D. 389  by Caesar, from the order of Theodosius I. Also known as Theodosius the Great, he was a Roman Emperor from AD 379 to AD 395, ruling over both the Eastern and the Western halves of the Roman Empire.

Libraries as such were well known to multiple ancient civilizations in Egypt, Mesopotamia, Asia Minor, Syria, and Greece, who were very impressed by Oriental knowledge.

There is literary evidence of Greek individuals visiting Egypt specifically to acquire knowledge: e.g., Herodotus, Plato (particularly in Phaedrus and Timaeus), Theophrastus, and Eudoxus of Cnidus (as detailed by Diogenes Laërtius in the 3rd century CE).

“They (the Rabbis of Palestime and the wise men) say that not all the rolls and manuscripts, reported in history to have been burned by Caesar, by the Christian mob, in 389, by the Arab General Amuru, perished as it is commonly believed; and the story they tell is the following.:

“At the time of the contest for the throne, in 51 B.C., between Cleopatra and her brother Dionysius Ptolemy, the Bruckion, which contained over seven hundred thousand rolls all bound in wood and fire-proof parchment, was undergoing repairs and a great portion of the original manuscripts, considered among the most previous, and which were not duplicated, were stored away in the home of one of the librarians.

“Several hours passed between the burning of the fleet, set on fire by Ceasar’s order, and the moment when the first buildings situated near the harbor caught fire in their turn; and *** the librarians, aided by several hundred slaves attached to the museum, succeeded in saving the most previous of the rolls.”

Manly P. Hall writes that the books that were saved were actually buried in Egypt and in India, and until they are discovered, “the modern world must remain in ignorance concerning many great philosophical and mystical truths. The ancient world more clearly understood these missing links – the continuity of the pagan Mysteries in Christianity.”

These pagan mysteries, Hall writes, are the heart of mysticism, which actually represents true Christianity. This makes sense; any civilization, you would assume, would seek out the knowledge and wisdom of those prior. It’s one of many paths to truth, or at least new discoveries that help one in their contemplation of truth.

“There are persistent rumors that Jesus visited and studied in both Greece and India, and that a coin struck in His honor in India during the first century has been discovered. Early Christian records are known to exist in Tibet, and the Monks of a Buddhist monastery in Ceylon still preserve a record which indicates that Jesus sojourned with them and became conversant with their philosophy.

“Although early christianity shows every evidence of Oriental influence, this is a subject the modern church declines to discuss. If it’s ever established beyond question that Jesus was an initiate of the pagan Greek or Asiatic Mysteries, the effect on the more conservative members of the Christian faith is likely to be cataclysmic.”

Information like this, among other topics like life on other planets and sacred and magical (considered mythical by many) information about shamanism, magic, and sorcery, predate modern Christianity.

Different sects of Christianity, after the ancient Romans created their own version, now condemn these teachings even though they were embedded within the original doctrines.

This is one of many reasons the aristocracy of ancient Rome ordered the library destroyed, because it would ruin the foundations of what they were creating — a new religion for man to follow, one whose doctrine contradicted the one prior.

This type of religion was forced upon people, and those who did not follow were subject to death and exile. Anybody who questioned these new doctrines received harsh penalties throughout the ages, especially as time progressed and the expansion of civilization, from that point, moved forward.

“The early Christians used every means possible to conceal the pagan origin of their symbols, doctrines, and rituals. They either destroyed the sacred books of other peoples among whom they settled, or made them inaccessible to students of comparative philosophy, apparently believing that in this way they could stamp out all record of the pre-christian origin of their doctrines. In some cases the writings of various ancient authors were tampered with, passages of a compromising nature being removed or foreign material interpolated.”

Before the creation of a certain type of Christianity by ancient Rome, truth seemed to be more apparent, but darkness seemed to have permeated the world of light even prior.

Atlantis is a great example, as Plato, among other ancient scholars, told us that the eventual demise of this civilization was brought forth by ego-driven desires that soon developed among them, when the Atlantean kings were “lured” from “the pathway of wisdom and virtue.”

“Filled with false ambition, the rulers of Atlantis determined to conquer the gods into his holy habitation and addressed them. Here Plato’s narrative comes to an abrupt end, for the Critias was never finished.”

“A technologically sophisticated but morally bankrupt evil empire – Atlantis – attempts world domination by force. The only thing standing it its way is a relatively small group of spiritually pure, morally principled and incorruptible people – the ancient Athenians.

“Overcoming overwhelming odds… the Athenians are able to defeat their far more powerful adversary simply through the force of their spirit. Sound familiar? Plato’s Atlantean dialogues are essentially an ancient greek version of ‘Star Wars.’” – Ken Feder, professor of archaeology, taken from his book Frauds, Myths and Mysteries: Science and Pseudoscience in Archaeology

The sacred teachings and artifacts in Atlantis were perverted and used for selfishness by some. These teachings made their way into Egypt, and eventually into ancient Greece, until the Roman Empire dominated the world, burned the library where many of these teachings were probably held, and disseminated their own version of knowledge and truth across the land.

Do some of these books lie within the libraries of the Vatican today? If much of the mythical stories we’ve heard and read about are real, they would indeed bring down the modern day understanding of religion and spirituality that’s been spread by the families of ancient Rome.

Are we looking at a cover-up of knowledge regarding “what is,” and have we been deceived?

The burning of Alexandria’s library was one tragic event involving the destruction of ancient knowledge, similar to the mass Native North American genocide that saw even more knowledge of humanity lost, stolen, and hidden.

This is why examining ancient sources of truth, or whatever is left of it, is always interesting, because it’s hard to receive something that’s been created and used as the backbone of deception — modern day religion.