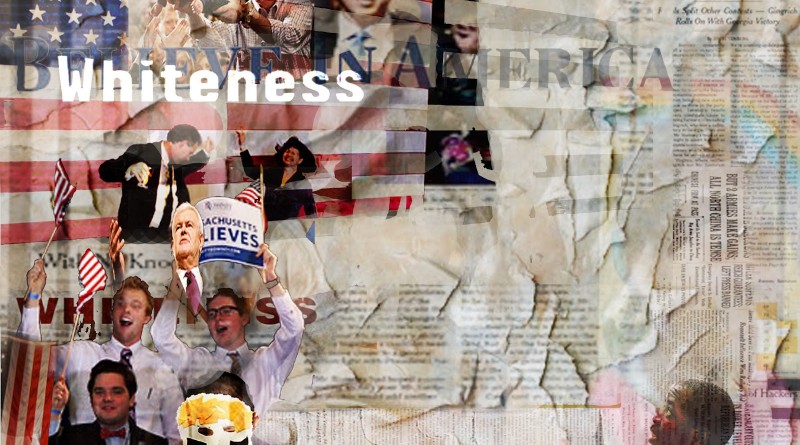 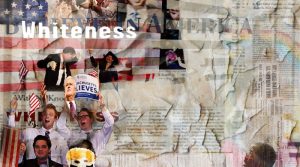 To anyone able to look at the events of the past two months with even a shard of objectivity, the anti-White rhetoric is very clear. Terms like systemic racism and the idea that White people are inherently racist are frequently thrown around, with explanations of these terms ranging from questionable to beyond delusional. As is common with our overwhelmingly left wing media, they cover these attacks in the drapes of social justice, creating an imaginary fight against some powerful White supremacist boogie man.

One term that this media has taken to spreading is that of “Whiteness,” and the urgent need to abolish such a scourge. Whiteness is the idea that since America is a White country, it gives way to social systems that benefit White people by feeling viewed as the norm. It is predicated on this idea that the country is based around those of White birth first and foremost, with those of other races dismissed as non-American. There are legislative subjects that can be used to poke holes through this concept, such as affirmative action. Less officially, we are seeing a sharp anti-White sentiment through the justice system, where blacks can do things that White people would be prosecuted and publicly shamed for. Above almost all, the social climate of the country has grown to be particularly hateful to Whites, forcing our race into a state of “anarcho-tyranny” where our oppression is outsourced to private companies who want nothing more than their profit margins.

You need only look to our most popular musicians and genres to find evidence of this fact. You can look at the country’s youth, where drug usage is on the rise and new age degeneracy is shoved down kids’ throats. Beyond that, you can look to African communities and schools, where White folk are almost never welcomed with any such ease. You can look to lesser known sentiments, such as PayPal’s leaked case of anti-White bias and GoFundMe allowing a campaign to help out Claira Janover, a Harvard graduate who was fired for saying she desired to stab anyone who stated “All Lives Matter.” When a large majority of media outlets, legislators, companies, and celebrities all come out in support of your revolutionary movement, it would lead an even somewhat intelligent mind to the conclusion that such a movement is not at all counter cultural and is not at all revolutionary.

Some have said abolishing Whiteness is a call for attacks on people based upon their membership of the White race, while the media has often utilized the term as a way of destroying an evil and racist culture that they are peddling as dominant. However, I have come to the conclusion that it is far worse than any of that. White people have made possible some of the most key devices in the history of the planet; you simply cannot survive in our society without the use of a White invention. The entire history of the White race is just as grand, with stories of hardship the likes of which many divergent peoples never had to experience. The black plague, The mongols, untold numbers of war and famine are just a glimpse into the history of Europe and her people. Beyond hardship, you have long periods of beauty and innovation in the Renaissance and the industrial revolution, where the old world began to evaporate and modernity took its place. Everything that every White man has ever stood for, fought for, and died for is Whiteness. In the simplest of terms, Whiteness is the collective progress and ambition of the White race, and it is the unbridled order that has ruled the western world for most of recorded history.

Knowing this, the desire to abolish Whiteness is to disrespect and hate everything that our race has ever made possible. For the intelligence that we’ve carried, for the strength that we’ve bred, and for the bravery that we have instilled into our sons and daughters, we must never submit to such a cruel state. Whiteness is more than just our race, it is every single product of our race throughout all of human history, and every reminder of why we should be proud of our blood.

If you’re wondering why this is worse than murder, as I had said before, I can explain it like this: When a man is killed, he is gone, he no longer needs to witness the collapse of what he loves or what he stands for. When a man is kept fully alive, but has every single thing that matters to him torn away piece by piece in front of his very eyes, that is demoralizing in every sense of the word.

2 thoughts on “The Evil of “Abolishing Whiteness””