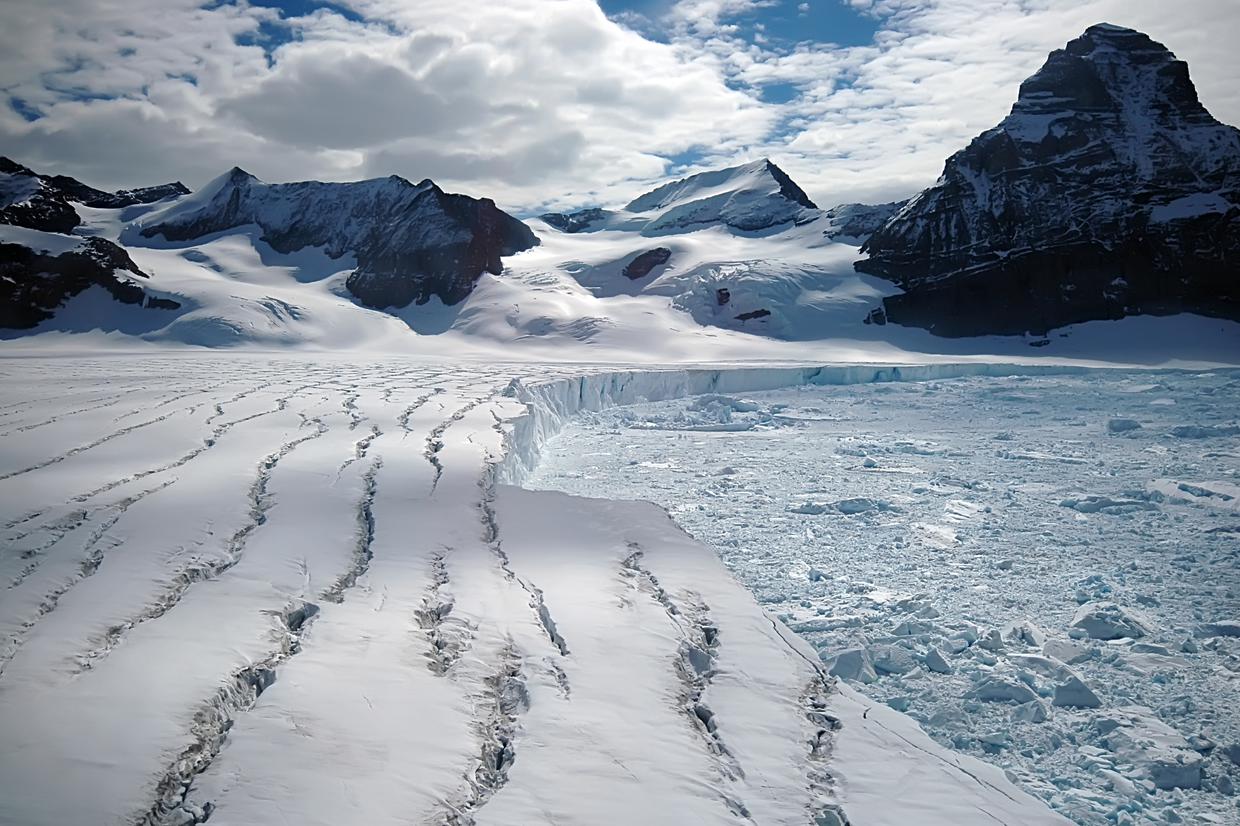 In the Southern Hemisphere, sea-ice levels just smashed through the previous record highs across Antarctica, where there is now more ice than at any point since records began. In the Arctic, where global-warming theorists preferred to keep the public focused due to some decreases in ice levels over recent years, scientists said sea-ice melt in 2014 fell below the long-term mean. Global temperatures, meanwhile, have remained steady for some 18 years and counting, contrary to United Nations models predicting more warming as carbon dioxide levels increased.

Of course, all of that is great news for humanity — call off the carbon taxes and doomsday bunkers! However, as global-warming theories continue to implode on the world stage, the latest developments will pose a major challenge for the UN and its member governments. Later this month, climate “dignitaries” will be meeting in New York to forge an international agreement in the face of no global warming for nearly two decades, record ice levels, and growing public skepticism about the alleged “science” underpinning “climate change” alarmism.

As The New American reported last month, virtually every falsifiable prediction made by climate theorists — both the global-cooling mongers of a few decades ago and the warming alarmists more recently — has proven to be spectacularly wrong. In many cases, the opposite of what they forecasted took place. But perhaps nowhere have the failed global-warming doom and gloom predictions been more pronounced than in the Antarctic, where sea-ice levels have continued smashing through previous records. For each of the last three years, ice cover has hit a new record high.

“This is an area covered by sea ice which we’ve never seen from space before,” meteorologist and sea ice scientist Jan Lieser with the Antarctic Climate and Ecosystems Cooperative Research Centre (CRC) told Australia’s ABC. “Thirty-five years ago the first satellites went up which were reliably telling us what area, two dimensional area, of sea ice was covered and we’ve never seen that before, that much area. That is roughly double the size of the Antarctic continent and about three times the size of Australia.”

Despite having predicted less ice — not more — as a result of alleged man-made global warming, some alarmists have comically tried to blame the record ice on “global warming.” Indeed, in a bizarre attempt to explain away the latest findings, Antarctic Climate and Ecosystems CRC boss Tony Worby tried to blame “the depletion of ozone” and the “warming atmosphere” for the phenomenal growth in sea ice — contradicting previous forecasts by warming alarmists, who warned that ice would decrease as temperatures rose along with CO2 concentrations in the atmosphere.

The biggest problem with Worby’s claim, however, is the fact that the undisputed global temperature record shows there has been no warming for about 18 years and counting — contradicting every “climate model” cited by the UN to justify planetary alarmism, carbon taxes, energy rationing, massive wealth transfers, and more. Dozens of excuses have been concocted for what alarmists refer to as the “pause” in warming, as many as 50 by some estimates. The Obama administration’s preferred explanation, for which there is no observable evidence, is often ridiculed by critics as the “Theory of the Ocean Ate My Global Warming.”

However, scientists and experts not funded by governments to promote the alarmist narrative say the observable evidence simply shows the man-made CO2 theories and “climate models” pushed by the “climate” industry are incorrect. More than a few climate experts and scientists have even warned that a prolonged period of global cooling is approaching quickly. The consequences could potentially be devastating — especially if warming alarmists succeed in quashing energy and food production under the guise of stopping non-existent “warming.”

Also in response to the fast-expanding ice, some die-hard alarmists and warming propagandists styling themselves “journalists”have recently been hyping a relatively tiny part of the Antarctic ice sheet that may — centuries or even millennia from now — go into the sea. Numerous independent scientists and experts quickly debunked the fear-mongering, however, pointing out that it was almost certainly due to natural causes and was nothing to worry about.

In an ironic incident that sparked laughter around the world, a team of “climate scientists” who set out to show how Antarctic ice was supposedly melting ended up getting their ship trapped in record-setting ice — in the summer! Millions of taxpayer dollars and massive quantities of fossil fuels and CO2 emissions were required to rescue the stranded and embarrassed warming alarmists after their misguided adventure.

Another key tactic of the warmists to deflect attention from the expanding polar ice in the Southern Hemisphere has been to hype changes occurring in the Arctic instead. Unfortunately for the alarmists, however — critics often ridicule the movement as a “cult” for desperately clinging to its beliefs despite the evidence, not to mention the “Climategate” scandal — that will now be much harder to do with a straight face.

“After the very high melt rates of the 2007-2012 period, the trend reversed in 2013 and especially in 2014 when the melt fell below the long-term average,” explained German professor and environment expert Fritz Vahrenholt, adding that the heat content of the North Atlantic was also plummeting. “In other words: The 21st century climate catastrophe is not taking place.”

Decades ago, of course, Newsweek reported that Arctic ice was growing so quickly due to man-made “global cooling” that “scientists” were proposing to melt the polar ice cap using black soot. Fortunately, cooler heads prevailed. More recently, “climate” guru Al Gore had been regularly predicting that the entire polar ice cap would be gone by now. Instead, it is now far more extensive than when he made his now-discredited predictions.

Of course, UN bureaucrats, many of whom depend on sustainable alarmism for their livelihood, still have their heads in the sand about the implosion of their theory. On a call with reporters last week, for example, UN “climate team director” Selwin Hart, who serves under Secretary-General Ban Ki-Moon, claimed an upcoming global-warming summit in New York “will be a major turning point in the way the world is approaching climate change.” He may be right, though probably not in the way he intended. The conference, which will be skipped by key world leaders, is meant to put climate alarmism “back on top of the international agenda,” Hart added.

In the United States, meanwhile, as the evidence continues to contradict the alarmist predictions, polls consistently show that a solid majority of Americans reject the UN’s man-made global-warming theories. Like the UN, however, Obama continues to act as if the discredited theories were gospel, promising to save humanity from their carbon sins by lawlessly bypassing the U.S. Senate and the Constitution to foist a planetary “climate” regime on the American people. Lawmakers have vowed to prevent any such schemes, but it remains unclear how far the White House is willing to push the issue. After failing even with a Democrat-controlled Congress, the EPA is already working to impose Obama’s anti-CO2 schemes on America by executive decree.

With the evidence discrediting UN global-warming theories literally piling up on both ends of the Earth and everywhere in between, alarmists face an increasingly Herculean task in their bid to shackle humanity to a “climate” regime at next year’s UN summit in Paris. However, to protect the public — and especially the poor — from the devastation such a planetary scheme would entail, Americans must continue to expose the baseless alarmism underpinning what countless scientists now refer to as the “climate scam.”

Alex Newman is a correspondent for The New American, covering economics, education, politics, and more. He can be reached at anewman@thenewamerican.com. Follow him on Twitter @ALEXNEWMAN_JOU.