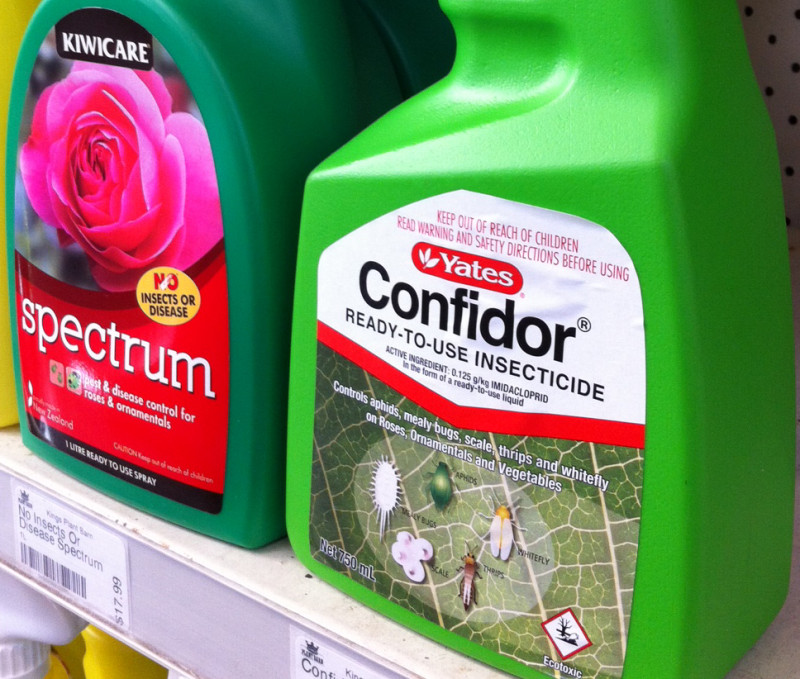 On Tuesday the grocery giant announced it would join Bunnings in pulling Yates Confidor, a class of pesticide which some international studies have found damage the survival of honeybee colonies.

A spokesman for Woolworths said the company would cease selling the product from the end of June.

“We can confirm that we’ll cease the sale of Confidor in Woolworths supermarkets and we’re currently working with the supplier around this decision,” the spokesman said. “We expect the product will no longer be on our shelves from the end of June this year.”

Yates Confidor is a neonicotinoid, a class of pesticides used widely for more than a decade.

Neonicotinoids represent about a quarter of the multibillion dollar international pesticide market but have been repeatedly linked to serious harm in bees in lab-based studies.

The chemical was once seen as having an environmental advantage to other chemicals because the product is applied to seeds, which reduced spraying. But numerous studies in Europe have found that the chemicals end up in the nectar and pollen that bees feed on, and may damage the survival of honeybee colonies.

Contamination from the pesticides has also been found in honey, and the European Union has banned its use on flowering crops. Last year the British environment secretary, Michael Gove, backed a total ban on the pesticides in fields across Europe.

Gove said the “weight of evidence now shows the risks neonicotinoids pose to our environment, particularly to the bees and other pollinators which play such a key part in our £100bn food industry, is greater than previously understood”.

In 2013, the Australian government undertook a review of neonicotinoids and the health of honey bees, which found that “the introduction of the neonicotinoids has led to an overall reduction in the risks to the agricultural environment from the application of insecticides”.

This month the Australian Pesticides and Veterinary Medicines Authority said that it was “not planning to review the use of neonicotinoids” because Australia’s honey bee populations are not in decline.

“There have been a number of studies discussed in the media that have found chemical residues present in honey and suggest a link between the use of neonicotinoids and declining health of honey bees,” the authority said.

“Unlike some other countries, Australian honey bee populations are not in decline and Australia has robust regulatory and surveillance measures to monitor this issue.” 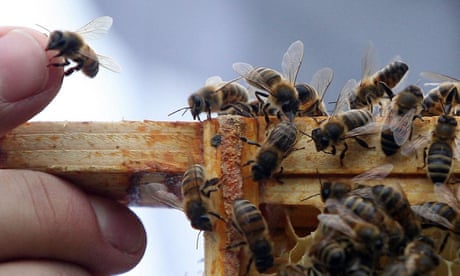 Last week the hardware chain Bunnings announced it would pull the product. The Independent Hardware Group – which owns Mitre 10 and Home Timber and Hardware – also recently said it would stop selling products containing neonicotinoids by the end of this year.
Source: https://www.theguardian.com/environment/2018/jan/23/woolworths-to-stop-selling-pesticide-linked-to-global-bee-decline