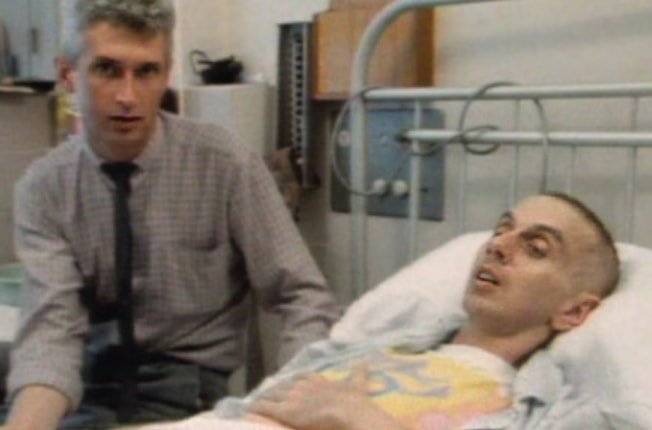 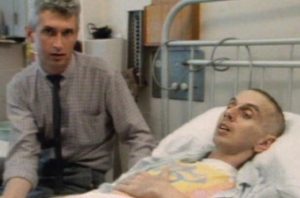 Medical Warning: This article may require THINKING. Ask your doctor if thinking is right for you.

When a philosopher has no more room to move and finds his back up against a cold wall in the middle of the night, he usually throws up his hands and surrenders his abstract position to concrete interests (like money, position, and power). I watched this happen in the late 1980s, when I saw my first book, AIDS INC., come into print.

The book took on CAUSATION, one of the interests of both the medical and philosophical profession. My investigation centered on: how do you decide a particular germ causes a particular disease?

I won’t bother going into all the details here. Suffice it to say, when I contacted a few academic folks I knew from my days as a college student studying philosophy, they shut their eyes tight and pretended they were having a bad dream, nothing more. They built a wall of silence. You see, asking them for a comment about causation was now treading on medical territory—far more real than the realm of their usual philosophical fiddling. If it turned out the entire medical cartel was tap dancing and faking a concept of causation, in order to falsely blame certain viruses for causing certain (high-profit) diseases, THAT was a scandal of immense proportions.

And these academic philosophers wanted no part of it. They didn’t want to see their cozy positions in ivory towers ripped asunder. They didn’t want the concrete to intrude on the abstract. It was all well and good to cite Hume and Ayer and various logicians on the issue of causation, when nothing was at stake, but to move forward into a world where, depending on your view of cause and effect, some people made billions of dollars while other people died unnecessarily…that was out of the question.

Therefore, my book was “reckless.” Therefore: no comment. Therefore: “Leave us alone. We never meant for you to grab these ideas and actually use them, logically, to shake up the invisible power structure. You’re doing something unseemly. You’re reflecting badly on us. You’re endangering reputations.”

Do not upset apple carts. Do not expose crimes.

In my book, AIDS INC., I performed an obscene act. I implied that, by any reasonable standard of cause and effect, HIV had never been proved to cause the condition called AIDS. I was suddenly a philosopher with a weapon. I was shining a light in a cave where researchers were plundering logic to fake a proof. And, to continue the exercise, I was therefore demonstrating that AIDS was not one condition at all. It was an array of circumstances that produced, in different ways, in different people, the destruction of the immune system—and if you wanted to heal THAT, you had to find, in each afflicted person, what had attacked his immune system (not HIV), and then you had to try to reverse that affliction. In doing so, you could save lives. If, on the other hand, you persisted with the HIV myth, and utilized highly toxic drugs like AZT, you would kill people. Many people.

But the “philosophers” I approached saw no benefit in examining that investigation. The benefit (to them) was in ignoring it.

I would have welcomed an honest debate. But no offer was forthcoming.

I already knew, from my college years, that the walled off Territory of the Abstract was its own province; but this experience with my book, in 1988, was the last straw.

I was trying to approach cowards.

Unfettered, reasoned free speech was not their aim.

Up to a point, advanced education exists. But when you go beyond that point, you’re in the Empty Quarter. You’re staring at a vast parched desert.

Turn around. Walk away. You’re on your own. Your education now takes on a completely different cast. You learn how to apply analysis and do investigation independently.

That process, speaking from experience, is exhilarating.

The mines, and the caves in them, contain gold.

Here’s a quick contemporary analysis of causation: the Zika virus. In a nutshell, Brazilian researchers, working at “ground zero of the purported microcephaly (birth defect) outbreak,” declared Zika to be the cause. However, they admitted—before they cut off all communication on the subject—that traces of Zika could only be found in roughly 15% of babies with microcephaly. This correlation was astonishingly weak.

No matter what version of cause and effect you might favor, there is no way under the sun you can conclude that Zika causes microcephaly, when it can’t be found in 85% of cases.

Any honest researcher will tell you this is a reason to reject Zika as the cause and go back to the drawing board.

But that hasn’t happened. In fact, several groups are conducting studies on a Zika vaccine. They’re plunging forward.

One of these candidate-vaccines delivers synthesized genes into the body…where the genes…permanently alter the recipient’s DNA.

In this case, lying about causation leads to unbridled tinkering with populations’ genetic structure.

But why should academic philosophers care about that? They’re in their safe world, apart from, what shall we call it, LIFE.

HIV faced a similar problem that Zika does. Researchers correlated a diagnosis of AIDS with a positive HIV antibody test: many people who tested positive were later diagnosed with AIDS. There was a problem, however. The HIV antibody test will register positive for at least 60 reasons that have nothing to do with the presence of HIV in the body.

Independent researcher Christine Johnson documented this fact. Her classic investigation has been reprinted at aliveandwell.org. Here is just a partial list of factors that will cause an HIV antibody test to read positive for reasons that have nothing to do with HIV:

Fake causation. It’s a big one.

There is much, much more to the HIV story (including serious doubts about whether HIV actually exists). But you get the general idea. The correlation between HIV and AIDS is irreparably weak…

I had a brief conversation about this with an academic philosophy professor. It went this way:

—So, Professor, you see that this is an issue of causation. If the correlation is very weak, the whole assumption of causation fails.

—Well, I don’t know about that. Other factors could be involved.

—That’s the whole point. We don’t know what the other factors are.

—We know enough. If researchers are going to say a particular virus causes a particular disease, they have to establish, at minimum, strong correlation. They have to prove, for starters, that the virus is present in the overwhelming percentage of cases of the disease.

—So this is the kind of thing you’ve been doing since you graduated from school?

—I think you need to reassess your approach.

—Disease causation is an issue best left to medical experts.

That’s where the conversation ended.