The 2018 Grammys exemplified exactly how the Hollywood elite is completely out of touch with the American public.

Stale, boring, annoying, hypocritical, out-of-touch, moralizing, heavy-handed. No, I am not describing an ex – but the 2018 Grammys. And, if you’ve read my previous articles about the Grammys, my long-term relationship with this awards show has caused me great pain and suffering.

This year was even worse than usual. Of course, we were expecting a bucketload of virtue signaling from our new moral superiors: Sanctimonious Hollywood. But we did not expect this 3.5 hours-long brainwash session to be that awkward and heavy-handed. Nearly every single pseudo-celebrity that was given the mic had to give a sermon.

Despite all of this talk, nobody had a truly personal opinion, nobody had an original outlook, nobody even brought nuance or personal reflection. Everybody was parroting the same few catchphrases they were allowed to say. When Luis Fonsi performing Despacito becomes welcomed relief, you know that something is terribly wrong.

Here are the top 5 reasons why the 2018 Grammys failed so miserably.

Despite the fact that U2 was nominated for exactly zero Grammy awards this year, the band was trotted in and out of the stage not once, not twice, but three times. U2 was there at the very beginning with Kendrick Lamar, they were brought back near the end to announce the album of the year and they performed a new single that nobody really wants to hear: Get Out of Your Own Way.

The song takes aim at the United States and its immigration policy.

The above screenshot is highly symbolic. It says that Bono is speaking for Americans … although he is Irish.

The music video of this song – created by movie makers from Israel – conveys specific messages that are also appearing in other “trendy” videos as well.

Despite the intense promotion, the song is not a hit. It barely reached 1 million views on YouTube, even after the Grammy performance. Maybe they should force 500 million iTunes users to download the song so they can listen to it. Oh, wait, they already did this creepy stunt in 2014.

So why was U2 all over the Grammys? Why was this specific song performed? The answer can be found in the following picture.

George Soros is one of the most influential people shaping the world’s economy, politics and social issues. His Open Society Foundations operates on a budget nearing a billion dollars per year and is heavily implicated in the social policies of nearly all nations of the world. I won’t go into all of the ways this Foundation shapes modern society, but one of its core issues is the promotion of open borders.

Bono is very close to Soros (here’s a video of him singing his praise for 3 minutes). Get Out Your Own Way is basically an infomercial for the Soros agenda. That is why it was promoted during the Grammys while other songs and performers were ignored.

Although Bono loves to clothe himself in the garments of “charity”, he does not practice what he preaches. In 2006, the band caused controversy when it moved its operations from its native Ireland to the Netherlands to avoid paying taxes. In 2017, Bono was mentioned in the Paradise Papers for investing in companies that were evading taxes.

In short, U2 needs to get its preachy butt out of the way.

One of the worst moments of the cringefest that was the Grammys was Hillary Clinton’s “surprise” appearance. Her reading about Donald Trump eating at McDonald’s was petty politics at its worst – an unentertaining, heavy-handed piece of political propaganda that still managed to miss its mark. All it truly accomplished was reminding the world that Hillary was the only alternative to Trump.

Even weirder was the over-enthusiastic cheering when Hillary appeared on screen.

OK, now, what if the public was shown these pictures…

A couple of weeks before the Grammys, another powerful figure drew cheers and applause after a very sanctimonious speech.

I actually feel for Kesha. For years, I reported on how she was forced to sing songs she hated and on her abuse at the hands of Dr. Luke. There is no doubt that the message behind her song Praying is powerful. However, the sad fact is: She is still under the control of Dr. Luke and his record label Kemosabe Records. Kesha attempted to break away from her contract last year and it was rejected by the court.

In my article entitled Kesha’s “Praying” is a Sad Reminder That She is Still Owned by the Industry, I explained how the video (directed by industry favorite Jonas Akerlund) symbolically reveals that she is still an industry slave. While Praying is about Kesha “freeing” herself from Dr. Luke, a portion of every album sale still goes right into the pockets of Dr. Luke.

After the performance, Sony Music, the parent company of Kemosabe Records, posted a tweet praising Kesha … to then delete it.

The whole thing was a perfect example of hypocrisy in the music industry. 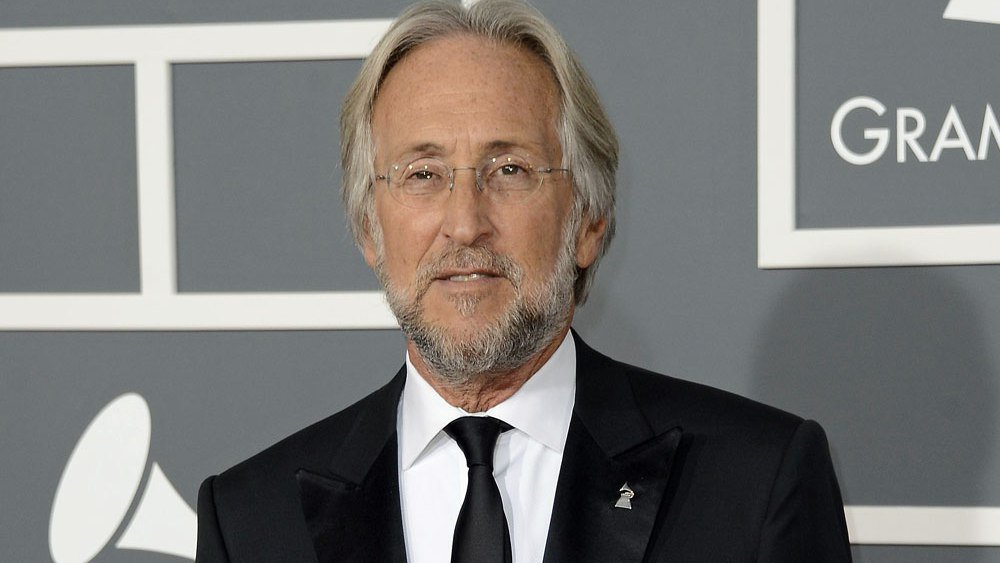 Despite crafting one of the most intense virtue-signaling events of all time, Grammy President Neil Portnow still found a way of being accused of sexism. After he was asked about the low number of female nominees and winners, Portnow answered:

“It has to begin with… women who have the creativity in their hearts and souls, who want to be musicians, who want to be engineers, producers, and want to be part of the industry on the executive level,” he said. “[They need] to step up because I think they would be welcome.”

Pink, Sheryl Crow, Kelly Clarkson and others fired back at Portnow, claiming that they did not need to “step up”. Portnow then backtracked, apologized and even announced some kind of “action plan” to address gender bias in music (or whatever).

This did not stop some celebrities to demand Portnow’s resignation, as a petition with over 10,000 signatures circulated online.

The entertainment industry created for itself a climate that is so tense and vindictive that the virtue-signalers are actually clawing each other to death. It is a rather pathetic sight to see.

Meanwhile, fewer Americans than ever care about any of this.

#1 The Lowest Rated Grammys Ever

The 2018 Grammy Awards recorded the smallest audience in the show’s history in the key demographic of adults 18-49. In total, the ceremony was watched by 19.8 million viewers, a 24% drop compared to last year’s ceremony.

Various theories attempt to explain the reason of this sharp drop.

There will be a number of theories to explain the decline. Though the Grammys had a lineup of big performers — including Kendrick Lamar, U2 and Rihanna — many superstars, including Taylor Swift, Drake and Kanye West, did not show up.

Awards shows have also gotten increasingly political, with celebrity presenters and winners playing the role of firebrands at town-hall meetings. The Grammys, which are broadcast on CBS, were no different on Sunday, with several performers bringing up immigration and the #MeToo movement. U2 performed on a barge just outside the Statue of Liberty, a performance not exactly subtle in its symbolism, and Hillary Clinton showed up in a taped segment, reading about President Trump’s preference for McDonald’s food from Michael Wolff’s best-seller, “Fire and Fury: Inside the Trump White House.”

Nikki R. Haley, the United States ambassador to the United Nations, gave voice to proponents of the “shut up and sing” side of the debate. “I have always loved the Grammys but to have artists read the Fire and Fury book killed it,” Ms. Haley wrote in a tweet during the event. “Don’t ruin great music with trash. Some of us love music without the politics thrown in it.”
– The New York Times, Ratings for Grammy Awards Drop 24 Percent

As if they were expecting viewers to be tempted to kill themselves after this debacle, rapper Logic was brought out to sing about the suicide hotline.

The sharp drop in viewership was probably a combined result of everything cited above. More importantly, it is symptomatic of a growing divide in America where a great portion of the public simply does not relate to the obvious agenda that is being pushed by mass media. As stated above, this agenda does not come from “the people”, but from a globalist elite that is seeking to create a borderless, genderless and spineless world.

The values, the outlook and the priorities of many Americans simply do not with coincide those seen on TV. Mass media has lost its relevance and its credibility. Many see right through the superficiality and the hypocrisy of Hollywood’s virtue signaling. And they are sick of it. They realize that most of these people only “show concern” when the camera is rolling.

Here’s an idea: Instead of parading around with black dresses, roses, ribbons, pins or whatever else, how about denouncing the rampant child abuse that has been happening in Hollywood for decades? How about getting authorities to act upon this horrific practice with actual investigations, arrests, trials, and sentences? How about stopping with the hashtags and the sermons and actually taking action?

But that would be too real. And Hollywood doesn’t deal with real.