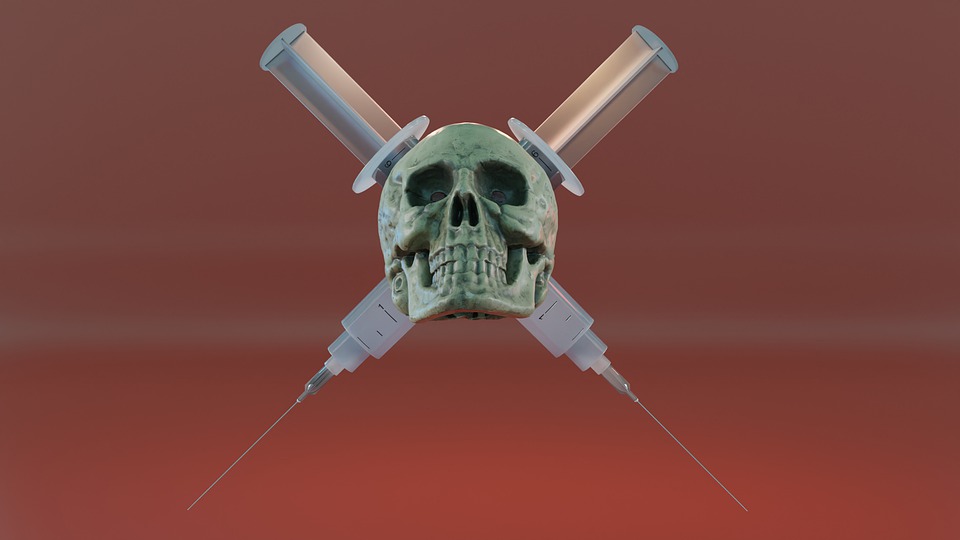 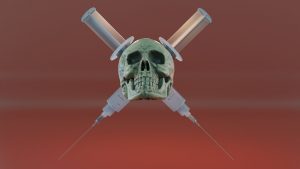 In the age of COVID, vaccination looms large. As in mandatory. And of course, toxic.

I’ve already covered two new vaccine technologies, one of which has already been pushed forward, to “protect” people from a virus that has never been properly proven to exist.

In this piece, I want to take a look at a few fundamentals about vaccination. In particular, the claim that vaccines have done a fantastic job of reducing case numbers of diseases, and therefore all criticisms of these injections are irrelevant.

From his bio [3]: “Richard Moskowitz was born in 1938, and educated at Harvard (B.A.) and New York University (M.D.). After medical school he did 3 years of graduate study in Philosophy at the University of Colorado in Boulder on a U. S. Steel Fellowship.”

“He took his internship at St. Anthony’s Hospital, Denver, and has been practicing family medicine since 1967, as well as attending about 800 home births. With a background in Oriental medicine and other forms of natural healing, Dr. Moskowitz studied homeopathy with George Vithoulkas in Greece and Rajan Sankaran and others in India.”

In 1987, while writing my first book, AIDS INC., I had a long conversation on the phone with Richard about vaccination. It was my first trip exploring vaccines as a form of immune-system suppression.

I had already seen that AIDS was actually a lumping together of various immune-system problems, none of which needed HIV as an explanation.

I still recall that phone conversation with Richard Moskowitz. I came away from it with an idea about how vaccines could be touted and trumpeted as the reason for vastly reducing cases of diseases, when in fact the reduction of visible symptoms was occurring—a very different thing.

If vaccines were lowering immune-system response, then the acute, vigorous, and all-out inflammatory reaction to germs would be eliminated. And it IS that acute reaction which creates the visible symptoms (rashes, spots, etc.).

Vaccination equals no cases of measles, the experts say. But really, as a result of vaccination, it’s just the visible rash that is missing, while something more dangerous, out of view, is going on in the body.

I’m printing here an excerpt from Richard’s article (written years ago), The Case Against Immunizations. The article is based on a classical view of germs and the action of the human immune system. The pros and cons of germ theory itself are a different matter, about which I’ve spoken and written in other places. [4] [5]

Note: Although the RNA COVID vaccines deploy a technology different from classical vaccines, they still rely on antibody response as the key to “producing immunity.” But that response is only one of many natural reactions in the body which maintain health and ward off disease.

“It is dangerously misleading, and indeed the exact opposite of the truth, to claim that a vaccine renders us ‘immune’ to or protects us against an acute disease, if in fact it only drives the disease deeper into the interior and causes us to harbor it chronically instead, with the result that our responses to it become progressively weaker, but show less and less of a tendency to heal or resolve themselves spontaneously. What I propose, then, is to investigate as thoroughly and objectively as I can how the vaccines actually work inside the human body, and to begin by simply paying attention to the implications of what we already know. Consider the process of falling ill with and recovering from a typical acute disease, such as the measles, in contrast with what we can observe following administration of the measles vaccine.”

“…Once inhaled by a susceptible individual, the [measles] virus undergoes a prolonged period of silent multiplication, first in the tonsils, adenoids, and accessory lymphoid aggregations of the nasopharynx; later in the regional lymph nodes of the head and neck; and eventually, several days later, it passes into the blood and enters the spleen, the liver, the thymus, and the bone marrow, the ‘visceral’ organs of the immune system. Throughout this ‘incubation’ period, which lasts from 10 to 14 days, the patient typically feels quite well, and experiences few or no symptoms of any kind.”

“By the time that the first symptoms of measles appear, circulating antibodies are already detectable in the blood, and the height of the symptomatology coincides with the peak of the antibody response. In other words, the ‘illness’ that we call the measles is simply the definitive effort of the immune system to clear this virus from the blood. Notice also that this expulsion is accomplished by sneezing and coughing, i. e., via the same route through which it entered in the first place. It is abundantly clear from the above that the process of mounting and recovering from an acute illness like the measles involves a general mobilization of the immune system as a whole, including inflammation of the previously sensitized tissues at the portal(s) of entry, activation of leukocytes, macrophages, and the serum complement system, and a host of other mechanisms, of which the production of circulating antibodies is only one, and by no means the most important.”

“Such splendid outpourings indeed represent the decisive experiences in the normal physiological maturation of the immune system in the life of a healthy child. For recovery from the measles not only protects children from being susceptible to it again, no matter how many more times they may be exposed to it, but also prepares them to respond promptly and effectively to any other infections they may encounter in the future. The ability to mount a vigorous acute response to infection must therefore be reckoned among the most fundamental requirements of health and well-being that we all share.”

“By contrast, the live but artificially attenuated measles-virus vaccine is injected directly into the blood, by-passing the normal port of entry, and sets up at most a brief inflammatory reaction at the injection site, or perhaps in the regional lymph nodes, with no local sensitization at the normal portal of entry, no ‘incubation period,’ no generalized inflammatory response, and no generalized outpouring. By ‘tricking’ the body in this fashion, we have accomplished precisely what the entire immune system seems to have evolved to prevent: we have placed the virus directly into the blood, and given it free and immediate access to the major immune organs and tissues, without any obvious mechanism or route for getting rid of it.”

“The result is the production of circulating antibodies against the virus, which can in fact be measured in the blood; but this antibody response occurs as an isolated technical feat, without any overt illness to recover from, or any noticeable improvement in the general health of the recipient. Indeed I submit that exactly the opposite is true, that the price we have to pay for these antibodies is the persistence of viral elements in the blood for long periods of time, perhaps permanently, which in turn carries with it a systematic weakening of our capacity to mount an acute response, not only to the measles, but to other infections as well.”

“Far from producing a genuine immunity, then, my suspicion and my fear is that vaccines act by interfering with and even suppressing the immune response as a whole, in much the same way that radiation, chemotherapy, corticosteroids, and other anti-inflammatory drugs do. Artificial immunization focuses on antibody production, a single aspect of the immune process, disarticulates it, and allows it to stand for the whole, in much the same way as chemical suppression of an elevated blood pressure is accepted as a valid substitute for genuine healing or cure of the patient whose blood pressure has risen. It is the frosting on the cake, without the cake. The worst part of this counterfeiting is that it becomes more difficult, if not impossible, for vaccinated children to mount a normally acute and vigorous response to infection, by substituting for it a much weaker, essentially chronic response, with little or no tendency to heal itself spontaneously.”

This is an explanation of vaccination which chops down the claim that vaccines are wonderful because they eliminate cases of disease.

With experimental RNA COVID vaccines, who knows how long the injected RNA lingers in the body, and what effects it produces over time? The relatively short clinical trials certainly don’t offer useful conclusions. [7] [8] The CDC blithely assures us that once the injected RNA offers “instructions to cells of the body,” the cells destroy the RNA. Sounds magical. The cells wait, receive instructions, THEN destroy the messenger.

And again, as I stated above, RNA technology has, in the past, caused auto-immune reactions, in which the body basically attacks itself.

One thought on “A brilliant analysis of vaccination, by Richard Moskowitz, MD and homeopath”