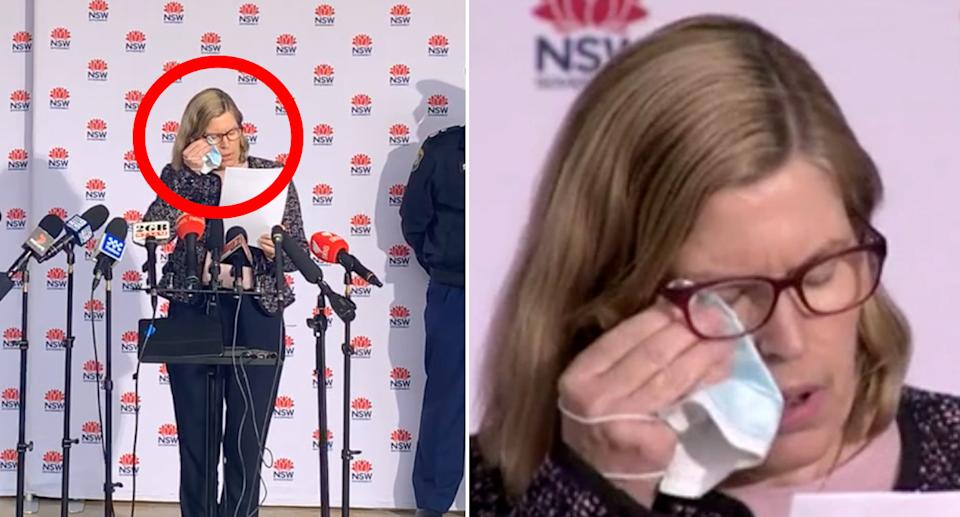 The debut of a new feature, sharing additional content from the last fortnight!

NSW Police have posted a photograph to social media which appears to show a protester at Saturday’s freedom rally punching a police horse in the face.

Don’t believe media spin. Watch the footage for yourself.

2) – Officer covered with ink..
What is the full story?

A police officer was splattered in ink by anti-lockdown protesters after attempting to arrest a man walking past him. The media ran with this story to highlight the ‘violence’ of rallies.

However, they missed some very key points from this story:

3) – Protesters are ‘selfish’ and ‘had no good’ reason.
Is this really the case?

Our political class cannot comprehend why people who have been locked in their homes for the better part of two years took to the streets in the middle of a pandemic.

1) – Door-to-door jabs are being floated for Sydney.
Is this the next step?

This is also being floated in the United States..

2) – Sydney continues to be targeted..

Current lockdowns witnessed in New South Wales are marked by officers taking an overbearing approach to enforcing their newfound powers.

A Sense of Place Magazine.

All visitors, including partners visiting newborn babies, are banned from visiting wards, including at Westmead, Parramatta and Blacktown hospitals.

Partners feeling ‘helpless’ after
being banned from visiting newborns

There was a dramatic worsening of world hunger in 2020 due to COVID-19 restrictions.

A multi-agency report estimates that around a tenth of the global population – up to 811 million people – were undernourished last year.

5) – A glimpse into the future

There has been backlash in China after the government moves to ban unvaccinated people from public spaces, including schools, hospitals and shopping centres.

‘You are forcing us’: Anger as China threatens
to ban unvaccinated adults from public spaces

6) – Multicultural communities ‘get it’, authorities not impressed

Advocates are calling on governments to work with local community leaders to combat a range of concerns and ‘misconceptions’ about the COVID-19 vaccine.

Culturally and linguistically diverse communities have a large vaccine hesitancy rate and do not consider the virus “a clear and present danger”.

Pacific Rim leaders vowed to ramp up the production and distribution of COVID-19 vaccines Friday at an emergency virtual meeting to develop an action plan that will contain the global pandemic.

The top health official for New South Wales has called for a new level of social-distancing inhumanity: not having conversations with other people.

As government ‘officials’ wrap up their daily press conference with the lamestream media, Brad Hazzard shows us all exactly what he thinks of mask rules:

Almost as silly as when the New South Wales ‘chief health officer’ recently temporarily stopped a COVID-19 press conference to use her face mask to wipe her eye:

What a time to be alive!

The Canadian Museum for Human Rights is “the first museum solely dedicated to the evolution, celebration and future of human rights”.

Yet, do they actually live up to this claim?

Perhaps the most amusing video to emerge this week. Dan’s response to the protests.

What a clown show..

1) – Gates Foundation and the ‘Green Revolution’

Groups have called out the neo-colonial dynamics of Gates Foundation funding for Africa.

These critics say the foundation and other private donors, investors, agribusiness corporations and Western governments are pushing a false narrative that Africa’s farmers need to buy patented seeds and agrichemicals developed by Western corporations in order to produce enough food.

Despite living longer, obesity, depression, dementia, increased cancer and other morbidities mean that Westerners are now less healthy than just a few generations ago.

Big Pharma pathologises minor ailments and makes people dependent on drugs instead of encouraging the use of natural alternatives.

Aldous Huxley wrote the novel, After Many a Summer Dies the Swan, in 1939.

The novel is about a wealthy tycoon, Jo Stoyte, who pays for the research of a quack scientist named Doctor Obispo to find the secret of immortality.

A very interesting piece found in the TOTT archives..

“Australian researchers are joining forces with scientists overseas to prepare for the next human pandemic..”

An article that was definitely overlooked at the time, but now the picture is very clear.

We can all see what they were ‘preparing’ for.